Two teens have been arrested in an armed robbery outside an Uptown charter high school that served as a prelude to a violent Halloween weekend around the city, police said Thursday.

In separate incidents, a man was shot in the Garden District, a woman was robbed of her luxury car in the Milan area, police found a major stash of drug money in Freret, and thefts deemed “crimes of opportunity” saw a surge around Uptown, ranking NOPD officers reported at their weekly meetings Thursday morning. END_OF_DOCUMENT_TOKEN_TO_BE_REPLACED 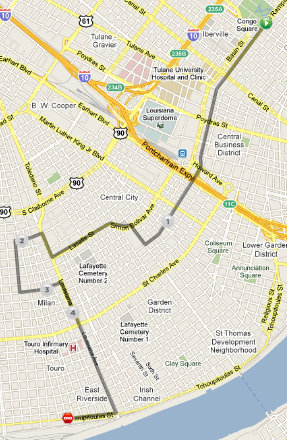 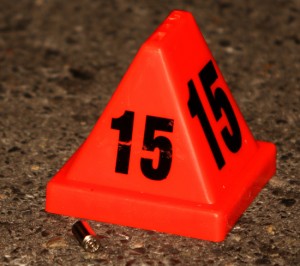 Tired of the fear of being caught by a stray bullet in their neighborhood, a group of Milan residents who have recently begun working together to reduce the number of shootings on their streets asked the New Orleans Police Department for more attention Tuesday night.

The neighbors feel they’ve grown apart, driven indoors by crime – and more specifically by the gunfire they hear so frequently from their homes. The newly formed group has met twice and now comprises about two dozen people, and they expect to continue growing as word gets out, said member Jennifer Holden.

At the group’s first meeting, “I was surprised how frightened and isolated people feel,” said Eva Sohl of the Freret Neighborhood Center, which has been helping the Milan residents get organized. END_OF_DOCUMENT_TOKEN_TO_BE_REPLACED 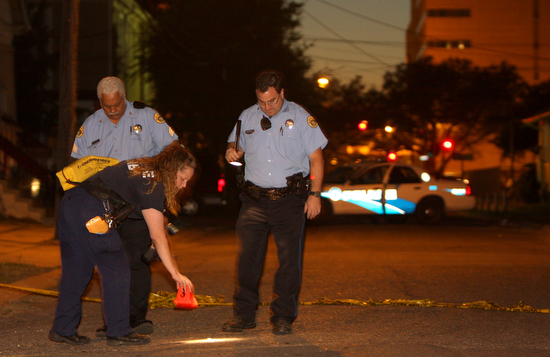 Police mark off bullet casings in the intersection of Milan and Clara streets after a Friday evening shooting. (Photos by Sabree Hill, UptownMessenger.com)

A man survived a burst of gunfire on Milan Street early Friday evening with only a bullet wound to the leg, police and witnesses said. END_OF_DOCUMENT_TOKEN_TO_BE_REPLACED 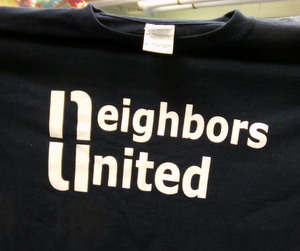 A string of armed robberies stretched across the city and a man survived a volley of bullets on Delachaise Street in the Milan area in a weekend that showed an unusual amount of gunplay in Uptown neighborhoods, police said Wednesday. END_OF_DOCUMENT_TOKEN_TO_BE_REPLACED

The Goodfellas Fourth Annual Second Line proceeded through Central City and the Milan neighborhood on Sunday. Below are photos from near their second stop, the Turning Point bar at the corner of Washington and Baronne Streets. 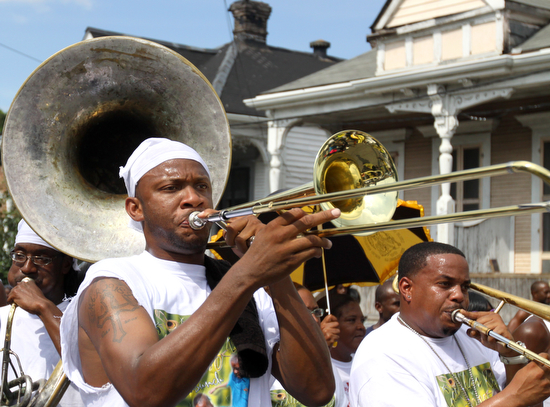 END_OF_DOCUMENT_TOKEN_TO_BE_REPLACED

A volley of bullets fired Thursday evening near an intersection in the Milan neighborhood left a man with a gunshot wound to the ankle, and police are investigating the case despite his lack of cooperation, authorities said Friday. END_OF_DOCUMENT_TOKEN_TO_BE_REPLACED

Uptown-area police believe they have solved one problem this week – a string of home burglaries in the area – but the area is still plagued by another recent trend, late-night bicycle-riding robbers.

The bulk of the home break-ins had taken place in the Milan area, said Capt. Darryl Albert, commander of the New Orleans Police Department’s Uptown-based Second District. Several had also taken place across Louisiana Avenue in the Garden District area of the NOPD Sixth District, leading police from both districts to collaborate on bringing the burglars in.

“These burglaries were running us crazy for a while,” Albert said at the second district’s weekly meeting Wednesday. END_OF_DOCUMENT_TOKEN_TO_BE_REPLACED

A 21-year-old with a prior felony drug conviction was charged  with possessing a gun stolen from a car in January after officers saw him trying to get rid of it last week, police said.

Regis Grimes, 21, pulled a gun from under his shirt and tossed it into an alley near an abandoned house at 3519 S. Saratoga St. in the Milan neighborhood on Monday, Aug. 23, while officers were watching, according to a New Orleans Police Department news release. When officers found the gun, they determined that it had been stolen in January in an auto burglary at A.P. Tureaud and North Tonti streets, the release states.

Grimes is being held at the Orleans Parish Jail on a combined $45,000 bond.

The Second District saw an unusually high number of “persons crimes” last week, seven, a figure well above normal, Capt. Darryl Albert told his staff at the weekly Comstat meeting. A common feature of these is that the suspects were riding bicycles along neighborhood streets between midnight and 6 a.m. END_OF_DOCUMENT_TOKEN_TO_BE_REPLACED

Historic Second Baptist Church on Marengo Street in Milan has a parade planned Saturday and a Katrina memorial service on Sunday, WGNO reports.

An alleged tool thief was arrested with the spoils of his crimes still in his hands after two early Friday auto burglaries in the Milan neighborhood, police said. END_OF_DOCUMENT_TOKEN_TO_BE_REPLACED