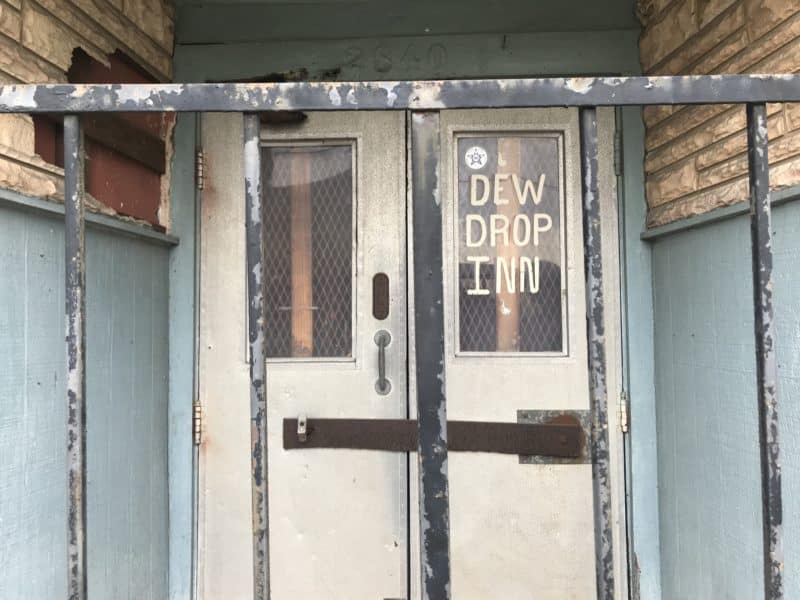 The City Planning Commission was especially enthusiastic over Docket 021/21 at this week’s meeting. “I want to thank you for making me cry at a CPC meeting,” said a smiling Commissioner Sue Mobley, seconding a motion to approve the developers’ request. After a round of enthusiastic “yeas,” Commissioner Kyle Wedberg said: “I’m very excited to make this unanimous.”
This unanimous vote was not for just any conditional use to permit a hotel with live entertainment in the LaSalle Street Overlay District, with nine provisos. It was for the Dew Drop Inn. The Dew Drop, the city’s leading Black music venue for three mid-century decades, holds a hallowed position in New Orleans cultural history, in rock ’n’ roll and rhythm-and-blues history, and in the hearts of many musicians. 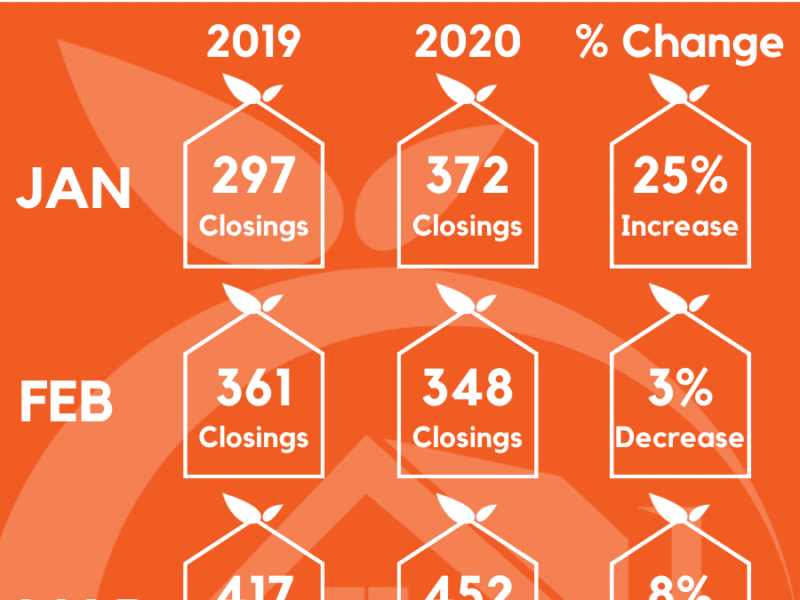 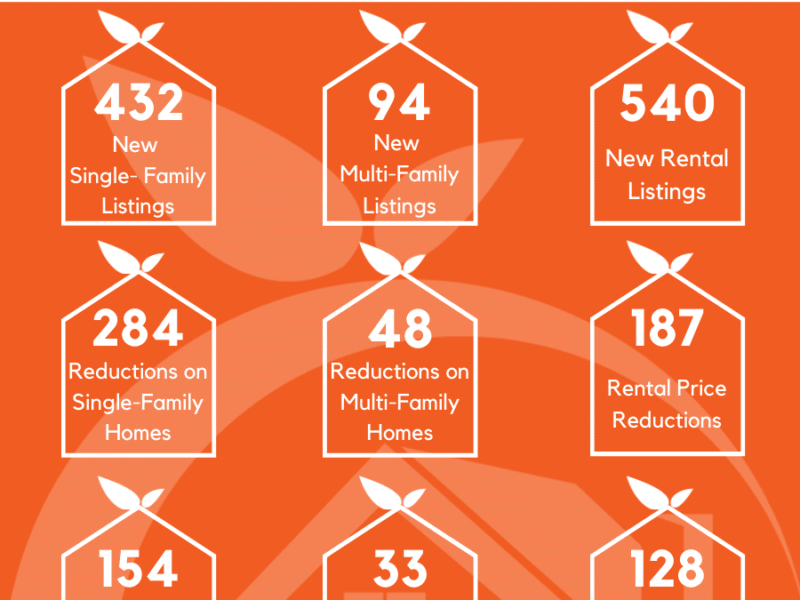 Yo Joe! The state of New Orleans real estate today 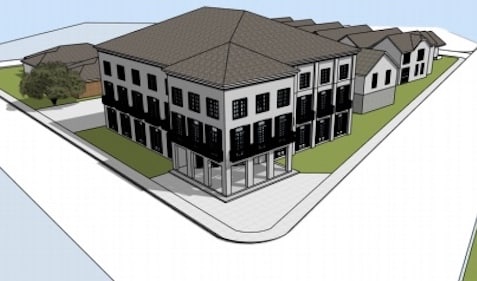 The controversy concerns a lot on 914 Dante Street that holds a six-unit apartment building, plus a side yard with several mature, leafy trees. According to Susan Johnson of  the watchdog organization Town of Carrollton Watch, who has been researching the property, the lot was the site of a Union Army hospital during the Civil War. That hospital was later destroyed, possibly in a fire. The current structure was once home to F.C. Zeller, the mayor of the town of Carrollton before it became part of New Orleans.

Riverlake Properties, the property owner, has requested permission from the city to divide the lot into two. The plan is to sell the side yard portion to a young couple who want to build a house there.

A co-owner of Bayou Beer Garden and Bayou Wine Garden wants to open a new bar in Uptown on Tchoupitoulas Street – but first he will have to face the objections of neighbors who say they don’t want to turn their street into an entertainment district. Dubbed Riverside Bistro and Beer Garden, the proposed establishment would be located at 4842 Tchoupitoulas, across the street from F&M Patio Bar and down the block from Grit’s Bar on Lyons Street. At a virtual neighborhood meeting on Monday, local residents raised their concerns that a third bar in the area would lead to too many issues with parking, noise and late-night revelers getting into traffic accidents on the busy street. “The first person that lies in front of my house drunk and passed out in 1 in the morning, you’re gonna hear from me,” said Donna Williams, a nearby resident.

Kami Galeana, another neighbor, said she was worried about how late hours on a school night would affect her 6-year-old child. “It turns that whole area into an entertainment district.

Plans to revive the historic Dew Drop Inn music venue and hotel in Central City moved another step forward last week with the City Council’s unanimous approval. “Putting this back into commerce is a wonderful, wonderful thing,” said District B Councilman Jay Banks before the conditional use application went up for a vote. “It adds to the musical legacy of the wonderfully musical city that we have. I am extremely excited about this.” The council attached 11 provisos to the approval to make sure the developer will provide a passenger drop-off zone, noise abatement, a landscape plan and other city requirements, but no off-street parking is required of the development.

Endangered Places: 1860s cottage in the heart of Central City

The real estate market in Central City is hot right now. At the high end, a house on South Rampart Street recently sold for $600,000 and two others, on Josephine Street and South Liberty Street, have sold in the $400,000 range. At the other end of the price and move-in ready spectrum, a house on South Robertson Street, which looks like it is only a façade covered in cat’s claw at this point, sold for $30,000. These homes and prices also reflect the evolving housing stock of the neighborhood. A quick drive around reveals modest family homes next to abandoned houses in a state of an advanced decay next to gleaming renovations.

Developers are planning to build a new residential building with 11 apartments on an empty lot on Tchoupitoulas Street near Amelia. But first, they’ll have to face the concerns of local residents who say the proposed structure will cause parking headaches in their neighborhood. The developers are proposing to build a 40-foot building on a lot that’s a little over 4,400 square feet. The plans call for eight one-bedroom apartments ranging from 715 to 860 square feet and three two-bedroom apartments that would be 935 square feet.

The main architect of the proposed building on 3667 Tchoupitoulas, Charles Neyrey of M2 Studio, presented his plans at a virtual neighborhood meeting on Thursday. The neighborhood meeting was required before the studio can apply to the City Planning Commission to become an Affordable Housing Planned Development.

“I’m still trying to wrap my mind around how you can fit 11 units with parking on that little lot,” P. Adam Kelly, a member of the Faubourg Delachaise Neighborhood Association, told Neyrey.

The city allows developers to build more units on one lot if they reserve 10% of the apartments for affordable housing.

Apartment and retail complex planned for St. Charles and Louisiana

The old Rite Aid property at 3401 St. Charles Ave., vacant since 2018, may gain new life. Developers plan to build a 115-unit apartment complex with 19,000 square feet of retail space on the ground floor.

Neighborhood residents are abuzz about the planned development at St. Charles and Louisiana avenues, and reactions are split between excitement over the new development and concerns over its size. The development will have a five-story building facing Louisiana and a three-story townhouse behind it, facing Delachaise Street.

NOLA real estate by the numbers: A time to invest?

Whether you’re selling, buying, or staying put, here are the current real estate trends you need to know. The New Orleans real estate market continued its upward trend in February, setting new highs for volume and prices, and seeing further reductions in availability. With interest rates and housing supply still hovering near or at historic lows, there’s a lot to unpack this month. We’ll take a look at the market statistics as a whole, but first let’s speculate a bit on the commercial side of things. It should come as no surprise that commercial property has been hit by the pandemic.

A restaurant and brewery complex is in the works for the area behind the Carrollton Avenue post office that was once home to the Hollygrove Market. On what is now an empty lot with some abandoned industrial buildings, developers are planning the Catalyst Microbrewery and Restaurant. The redeveloped site at 8301 Olive St. will include two buildings, one for the brewery and another for the restaurant, with off-street parking, outdoor seating and an urban garden. The urban garden is apropos for the site’s history.

NOLA real estate by the numbers: The market is on fire

Whether you’re selling, buying, or staying put, here are the current real estate trends you need to know. 2020 was a challenging year, to say the least. With so much uncertainty, you might be wondering what the real estate market will look like in 2021. One way to predict what lies ahead is to look back on 2020 and analyze the numbers, trends and lessons learned. With so much that went wrong, 2020 was a good year for New Orleans real estate when considering the impact of COVID not only on tourism, but oil and gas as well.

City to provide updates on repairs to cemeteries

A few months after the city padlocked the Lafayette Cemetery No. 1 in September 2019, Garden District neighbors, tour guides and family members wanting to visit the graves of loved ones were asking questions. Sixteen months into the temporary closure for repairs, those question continue: Is anything happening behind the antique brick walls? When will the city unlock the gates and let the public in again? Neighbors could get some answers Tuesday (Jan.