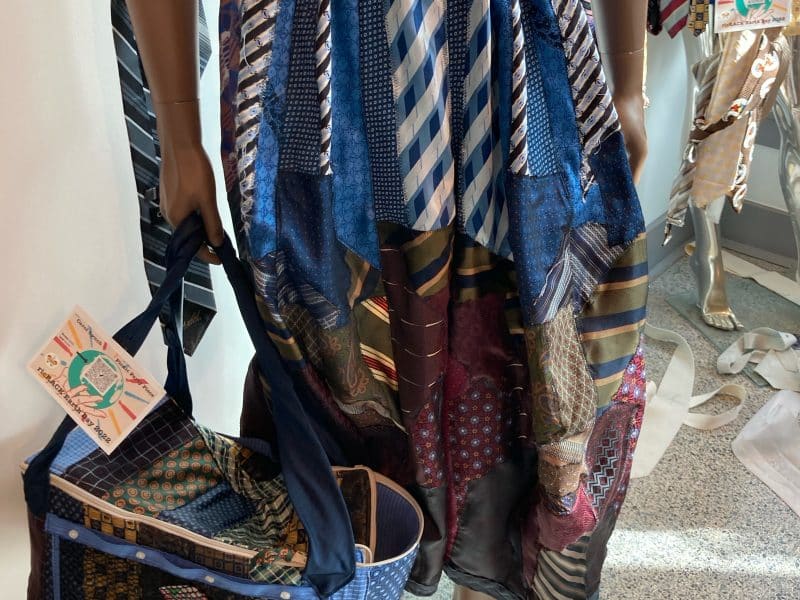 Keeping fabrics and used clothes out of the landfill is core to the mission of the non-profit organization ricRACK. On Friday (April 22), the textile recycler celebrated Earth Day with a variety of activities that support this and their other goals to help save the planet. “Earth Day has always been a special day to ricRACK,” said Alison Parker, the founding director of ricRACK. “Most people don’t associate sewing with the environment — but fashion, costumes, textile production and recycling all play an important role in climate change.” According to Business Insider, the fashion industry produces 10% of all humanity’s carbon emissions, is the second-largest consumer of the world’s water supply and pollutes the oceans with micro plastics. 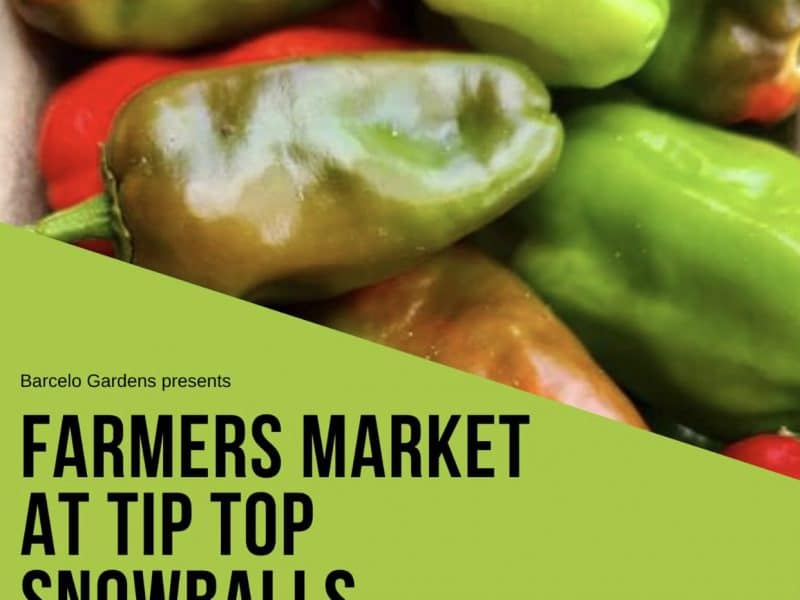 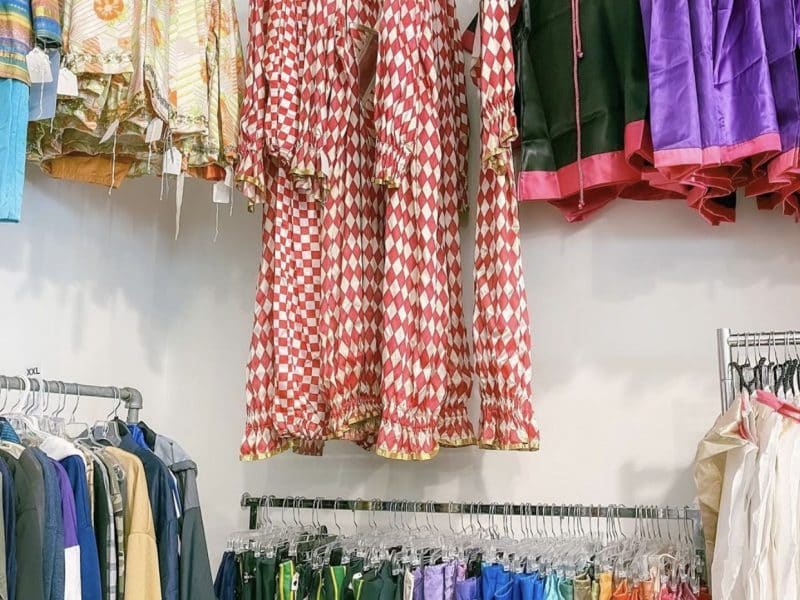 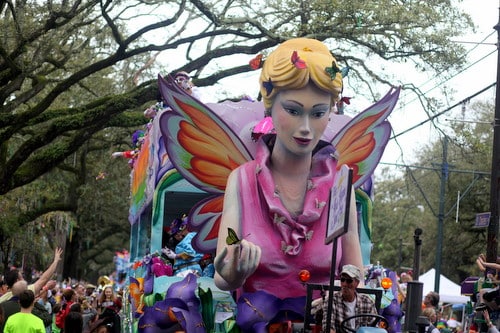 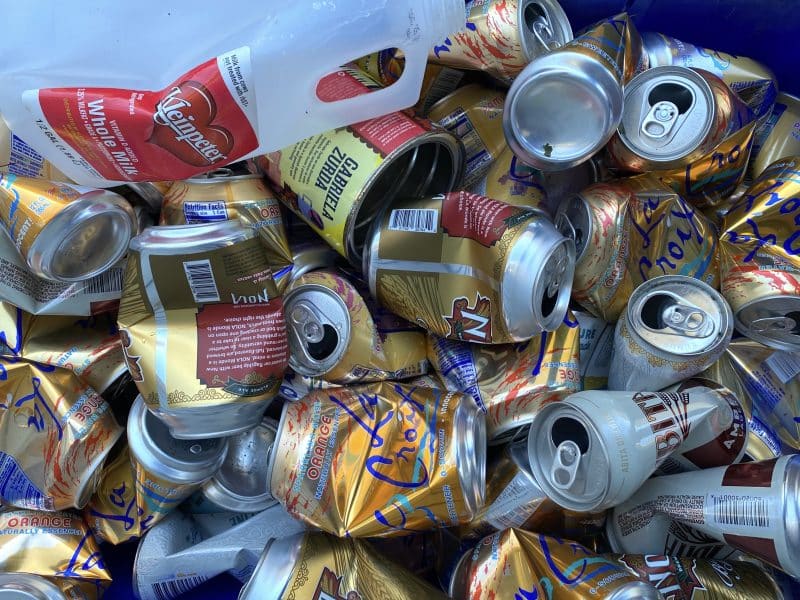 Residents need to wait another week for curbside recycling, the city announces

Uptown neighborhoods will get curbside recycling again in the new year, beginning the week of Jan. 3, 2022.

Residents serviced by Richard’s Disposal can once again roll their city-issued recycling cart to the curb. Recycling pickup was suspended after Hurricane Ida hit the area on Aug. 29. Recycling will resume on the same day it was picked up before the suspension.

How and why to recycle your Christmas tree for coastal restoration

When you take down your Christmas tree on Jan. 6 — the day we transition from red and green to purple, green and gold — set it aside. It can be turned into a gift to Louisiana’s fragile coastline. The city’s solid waste contractors will be collecting the trees for recycling between Jan. 10 and Jan.

Making shopping local your holiday tradition, beginning with Small Business Saturday on Nov. 27. Shopping small can be a big deal, and not only because you avoid the crowds and frenzy. When consumers make the choice to shop small and support local businesses, purchases have thee times the impact, according to StayLocal.org.  That’s because funds recirculate in the local economy longer. Here’s some deals you can find local businesses.

Sign up to pick up a box of produce at the farm each week.

The CSA program is Community Supported Agriculture, the Farm Share initiative is an opportunity for customers to enjoy chemical-free, fresh produce while investing in the Grow Dat farm and youth leadership program. This locally grown produce box runs for 29 weeks and allows flexibility for pick up at their farm located in City Park. SNAP registration is also available, reach out for more information.

“We envision a vibrant New Orleans where youth and adults transform their communities, their environment, and themselves by engaging in the meaningful work of growing healthy food”

The Farm Share initiative is a way for the community to become “member-investors” who receive a portion of the farm’s harvest every week. For decades, CSAs have supported small-scale farmers and strengthened local food systems. Members experience the seasonal fluctuations of the farm’s produce, a process that teaches consumers more about the natural cycles of food production.

Deep rooted values with a love for the City and the land that serves it. Making a commitment to New Orleans by championing sustainability, youth leadership, inclusion & multiculturalism, and food justice.

Not everyone is ready to build and maintain a compost bin in their backyard or have a worm bin in their home. But you can still help reduce the amount of food waste going into landfills by participating in a free food-waste collection program. Frozen food scraps are collected on Mondays at the Audubon Golf Clubhouse, 6500 Magazine St. The program is resuming after it was halted due to Hurricane Ida. Bins will be on veranda from 4:30 until 6 p.m. If you do not see any bins on site, the sponsor warns, do not just leave your scraps.

Loyola University New Orleans will be hosting the 2021 New Orleans Electric Vehicle Showcase on Saturday (Sept. 25). Owners and would-be owners of electric vehicles are invited to the free event giving the public a chance to look under the hood of some of the latest electric cars from brands like Chevrolet, Nissan and Tesla. It is part of National Drive Electric Week and is presented by the city of New Orleans, Entergy New Orleans and the Southeast Louisiana Clean Fuel Partnership. Loyola University has promoted transitioning to cleaner fuels since 2011, when it installed two electric charging stations in the main entrance to campus on St.

Vintage Green Review, a local zero-waste education and consulting business, has opened its first brick-and-mortar store at 3530 Magazine St. After gauging community interest over a multi-week pop-up at the same address, the store’s owner, Sarah Andert, was so encouraged by the reception that she signed a lease to make her residence permanent. “Operating out of a physical location allows me to engage directly and regularly with customers,” Andert said. This marks New Orleans’ first zero-waste store and bulk refill bar, according to a press release that states it offers “a long-term option for plastic-free living, sustainable shopping, zero waste supplies, and the ability to refill household and personal care products in reusable containers.”

While the shop is currently open for business, its grand opening weekend will kick off on Earth Day, April 22, and continue through April 25. The event will feature discounted supplies, product giveaways and pop-up food vendors.

Broadmoor is coming into full bloom this spring as the Broadmoor Improvement Association and Tulane students lead efforts to revitalize three local community gardens. Two of the gardens – the Food Forest on Toledano Street near Dorgenois Street and another produce patch at the Broadmoor Community Church – will produce fresh herbs and vegetables for the Broadmoor Food Pantry. A rain garden at South Miro and Gen. Taylor streets will help mitigate flooding and beautify the area with native plants like cattails, cypress trees and irises.

The goal of the gardens is simple: “We grow food and we nurture plants to bring people together,” said Dorothy Jelagat Cheruiyot, a professor of ecology and biology at Tulane University. Cheruiyot’s students are working as busily as bees in the Broadmoor gardens each week as part of internships and classes related to urban agroecology, as well as an additional garden at the New Zion Baptist Church in Central City. But the ultimate goal is to recruit neighborhood volunteers so that the lots will truly be sustainable community gardens, with an emphasis on the community.

“I knew I could no longer sit on the sidelines and do nothing,” Parker said. Eventually, it lead her to found ricRACK, a nonprofit organization its website describes as “combining creative skill building with environmental responsibility.”

Everything that ricRACK does, Parker said, in some way combats the waste prevalent in the fashion industry, which is estimated be the second-largest consumer of the world’s water supply and pollutes the oceans with micro plastics. What’s more, 85% of all textiles go to the dump each year. And when this happens, the dyes and chemicals from the fabrics leach into the ground water and release greenhouse gasses.

To promote the productive recycling of clothes, ricRACK has opened a thrift store in Central City that sells donated clothes as well as those that have been used in films and TV shows, and sponsors a variety of sewing classes. Parker herself worked in the costume department for Cirque du Soleil for five years and then as a costume designer for theater and films, so she has those connections.

New Orleanians will be dragging their Christmas trees to the curb for coastal restoration after Jan. 6. but what all those strands of lights? Most holiday lights are not bio-degradable — and they are dangerous to animals that can get tangled in the strands. You can make a positive impact on the natural world by recycling your lights and keeping them out of the landfill.