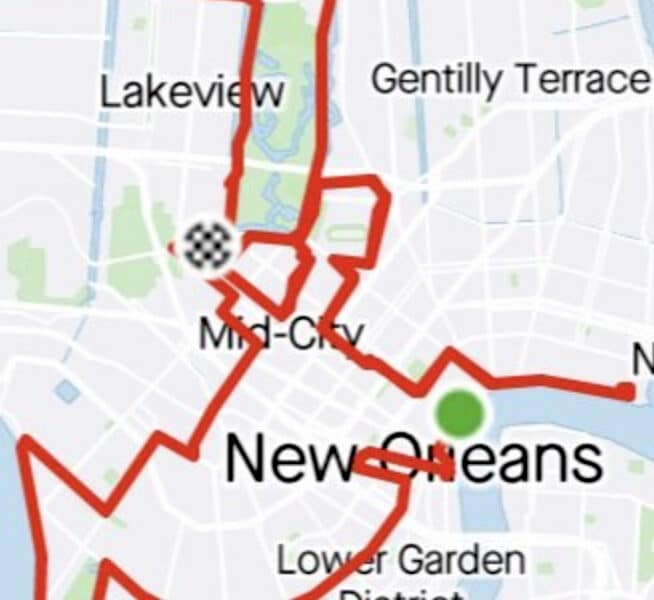 St. Charles Avenue, Audubon Park, the river levee and Oak Street will be the backdrop for the cross-town New Orleans Ultramarathon on Saturday (Oct. 1). Running for Dreams, a nonprofit founded by New Orleanian and two-time cancer survivor Phil de Gruy, is sponsoring the New Orleans Ultramarathon. The urban race will lead participants through New Orleans’ beautiful neighborhoods, parks, and waterways. 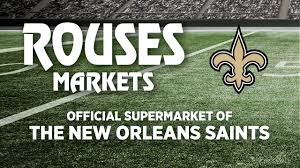 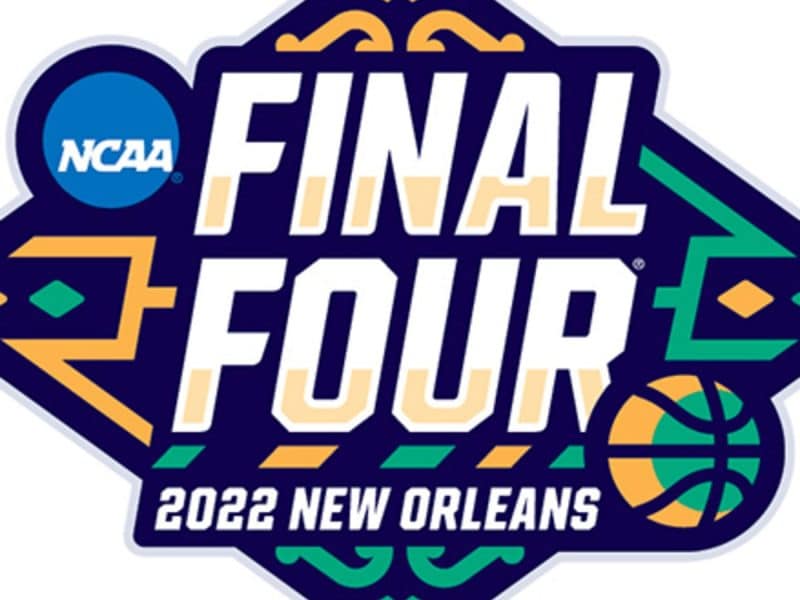 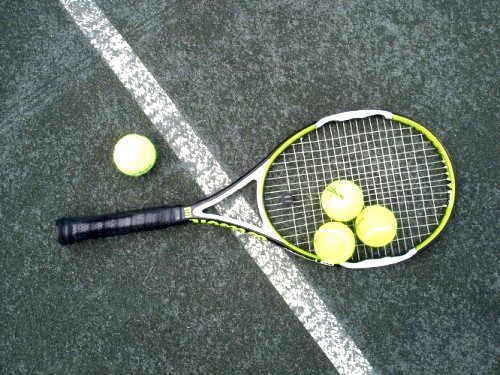 Audubon seeks public comments on how to revamp its tennis facilities 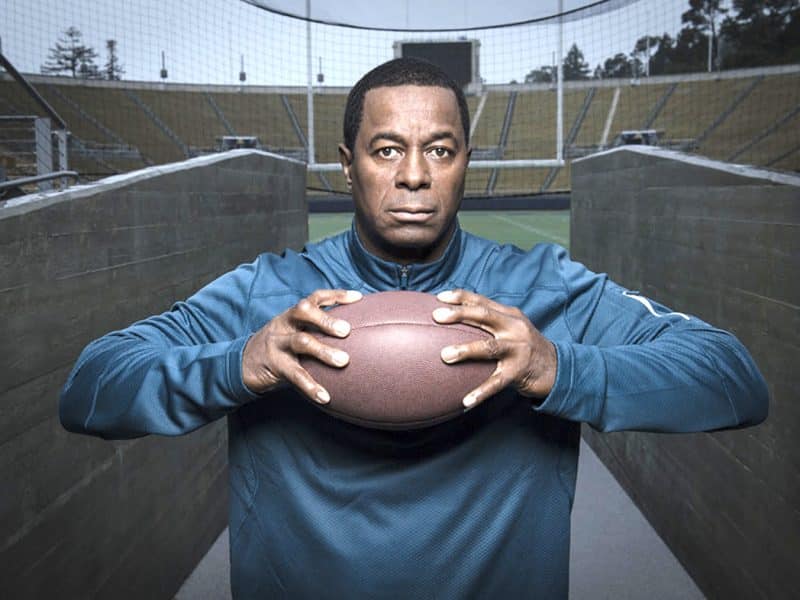 Tulane University to host 'X's and O's,' a play about football and traumatic brain injury

On Saturday (Oct. 30), United We Skate 504 hosted a costumed community skate with Together Gert Town. The event, held at Thompson Playground in Gert Town, included food, free skate rentals for children, a costume contest and a skating lesson. With kids and adults alike on skates and a DJ bumping tunes, the event is part of an ongoing series of monthly pop-up skates with free rentals to underserved communities. Judy Boudreaux of United We Skate 504 said she was pleased with the turnout.

The City Council on Thursday (Sept. 23) approved a third-floor addition to a Garden District mansion owned by Sharonda Anderson, the mother of Pelicans star Zion Williamson. Anderson and architect John Williams had appealed the Historic District Landmarks Commission’s denial of their request to demolish 62% of the roof to add a screening room, workout room and guest bedroom to the 7,457-square-foot historic residence on First and Coliseum streets. The architects have since revised the design so that it’s less visible from the street, but the HDLC’s Eleanor Burke said the commission staff believes the addition would still undermine the architectural integrity of the building and the neighborhood and would set a precedent that could affect all of the city’s historic districts. The HDLC has partial control in the Garden District, giving it jurisdiction over demolitions and new construction only.

Calling Uptown’s Atkinson-Stern Tennis Center one of the city’s jewels, Larry Barabino Jr., CEO of the city’s recreation commission, said NORD is moving forward with its renovation plans for the historic tennis venue. Barabino told the City Council’s Community Development Committee last week that the renovations that began in late 2020 are expected to continue until at least the end of this year. That information session will be discussed tonight (Aug. 17) at the Delachaise Neighborhood Association meeting. Opening in 1897 as a private club, Atkinson-Stern is one of the nation’s oldest tennis centers.

Tulane Summer Baseball Camp is gearing up for more fun! Registration for the Tulane Summer Baseball Academy middle school camp and the high school showcase are open for all. The July portion of the exciting and informative youth camps will be open to all boys and girls from middle school to high school — providing first-class instruction and the tools that they can take with them moving forward in their playing careers. Tulane Baseball Academy is offering a variety of summer programs for players of all levels, from beginner to advanced; there is a place for everyone. The goal for the younger players attending the middle school skills camp is to provide them with a fun and competitive atmosphere, while instructing the fundamentals of the game.

Pickleball may be coming to former warehouse in the Lower Garden District. The City Planning Commission last week voted to approve plans for the sports facility.

Pickleball is a paddle sport that incorporates elements of tennis, badminton and ping-pong and was created as a family activity, according to USA Pickleball. NBC News has called it “the fastest growing sport you’ve never heard of.”

The 21,000-square-foot former warehouse space on 460-462 Josephine Street and 2120 Rousseau Street, near the Walmart, will be remodeled to create five indoor pickleball courts and one outdoor court. Approximately 10,000 square feet would be added to include a second floor with a restaurant and bar. Plans show 24 off-street parking spaces.

The former warehouse space is on track to become the first dedicated pickleball facility in New Orleans, according to developer Renee Melchiode.

Tulane University athletics is excited to announce the return of the premier baseball camp of New Orleans. Backed by a deep history of the game, love of the sport, and the spirit and community of sportsmanship, Tulane Baseball Academy has opened registration for summer 2021. Batter up! The dynamic and engaging youth camps will be open to boys and girls of all ages, grades K-12. Providing first-class instruction and giving the tools that they can take with them moving forward in their playing careers.

The New Orleans Recreational Development Commission has opened a senior activity center next to the Rosenwald Recreation Center on South Broad Street. Available to seniors throughout the year, the Rosenwald Annex fills a gap in services, NORD CEO Larry Barabino Jr. noted during a ribbon-cutting ceremony at the end of May. “‘Something for everyone’ is NORD’s hashtag, our motto,” he said. “But in summer months, our morning senior programs would halt because we take in all of our kids during summer programs. One thing I told our mayor when I first came on is that we need to have something for our seniors year-round.” The 8,500-square-foot Rosenwald Annex at 1140 S. Broad St.

NORD’s outdoor pools are opening for the summer

The New Orleans Recreation Development Commission outdoor pools are opening for the summer on Monday (June 7) with free summer swim lessons and other aquatic activities.

Programming at select pools includes open swim, lap swimming, water aerobics and swim lessons. All programming is available free of charge to New Orleans residents. This summer, NORD has 10 season pools and three year-round pools open throughout the city. Four are currently closed. Swimmers have to plan ahead to use the pools — reservations are required for open swim times and lap swimming as well as for classes.

Just before 9 a.m. on Sunday (April 11), a group of about 40 people gathered in one of Audubon Park’s fields near Magazine Street. Most of the group were in their 20s or 30s, but ages ranged from 4 up to 72. Some had a dog in tow. They are The NOLA Running Anoles, and they can now prove it. The president of the 7-month-old running club, Doug Crochet, distributed T-shirts to the members as they showed up that morning, and they were eager to change into their new shirts designed by local artist Alex Beard.