Wendell Pierce talks COVID-19, “Jack Ryan,” “Burning Cane,” and WBOK in interview with Kristine Froeba
New Orleans native, “Treme” and “The Wire” actor, Wendell Pierce is coming off of one of the most exciting periods of his career. And although COVID-19 has created a lull in almost everyone’s life and career, Pierce seems to be as visible as ever, both on the ground in New Orleans and on our collective streaming services. It is also Pierce’s instantly recognizable, dulcet tone that narrates the new Popeye’s NOLA Strong campaign released last week. It’s a video that caused more than a few locals’ eyes to well up. When the restaurant chain created its NOLA Strong family meal box, directing all profits to benefit the non-profit Second Harvest Food Bank, they called on Pierce. 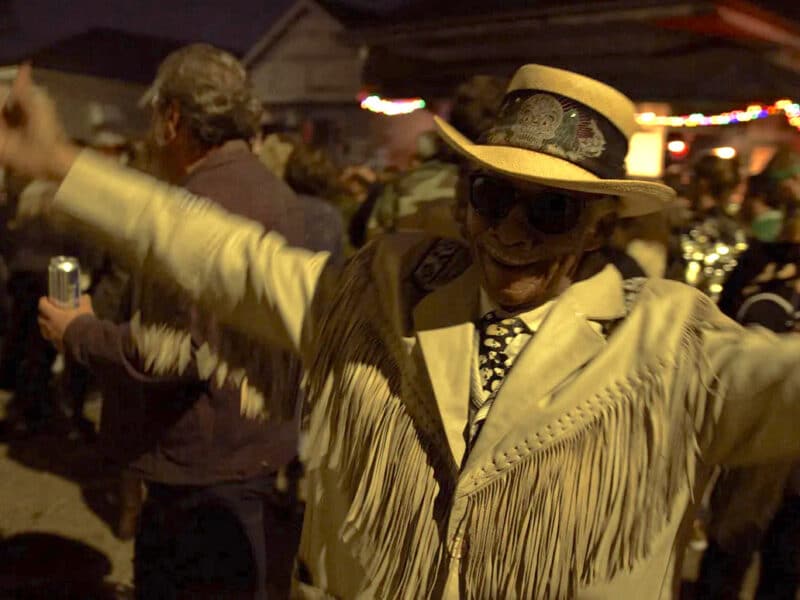 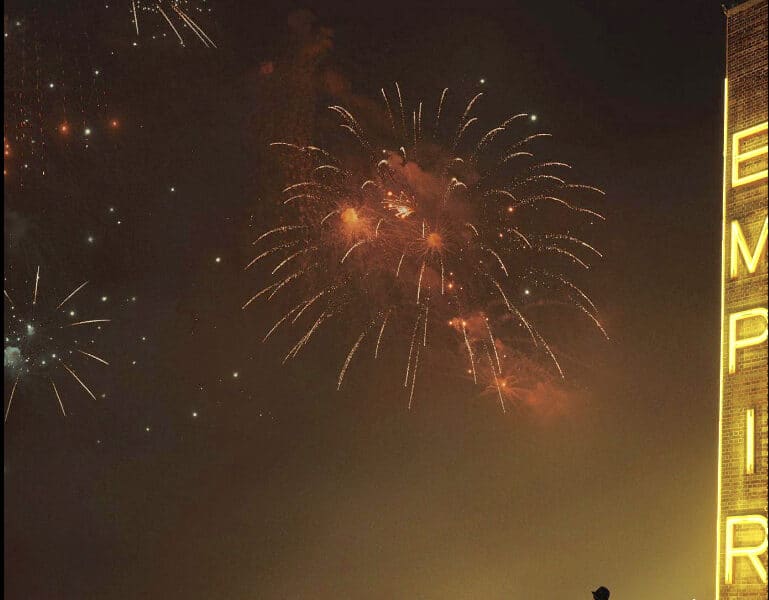 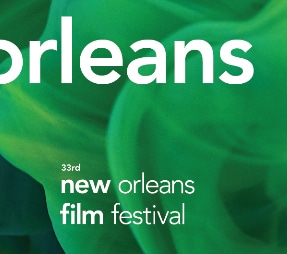 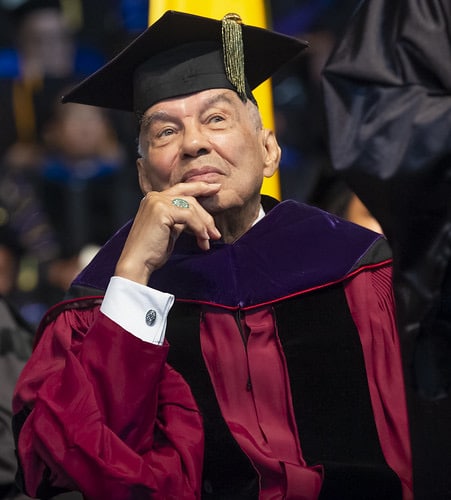 After Hurricane Ida’s damages prompted a six-month closure, the Prytania Theatre, 5339 Prytania St., reopened last week. The theater has returned to its daily showings of current and classic films.

Hurricane Ida took out “a big chunk” of the roof, so the building had significant water damage, Prytania owner Robert Brunet said. “We had to do a lot of demo and cleaning,” he said.

Brunet restored the theater to its pre-storm condition and added updates with a few special touches. However, he said, he kept the classic, familiar feel of the theater that fans have come to appreciate. “The theater is 110 years old, and we wanted it to still feel that way,” he said.

The final third of the film takes place in New Orleans. The main character, played by Joaquin Phoenix, travels the country interviewing children about the future, what they would change and other probing questions.

The Uptown Prytania Theatre was slated to be a venue for the 32nd New Orleans Film Festival, until it was damaged in Hurricane Ida. The beloved single-screen movie house remains closed for repairs. But Uptown will be represented in three shorts shot in Uptown neighborhoods.

The annual film festival kicks off in-person screenings on Nov. 4, and runs through Nov. 14.

New Orleans’ expansion as a center for TV and film production moved a step forward Tuesday as Second Line Stages got City Planning Commission approval to build a new office building in the Lower Garden District. The Planning Commission voted in favor of changing the zoning of a lot at 836 Market St. to allow construction of the two-story commercial building, although its own staff recommended denying the studio’s request. Lower Garden District neighbors have also objected to the request, saying the studio’s activities have been intrusive.

The TV and film studio’s three stages have served as a backdrop for numerous productions, including American Horror Story: Coven, Treme, Quentin Tarantino’s Django Unchained and Lee Daniels’ The Butler.

The new office building, located behind the studio, will be about 32,000 square feet with a landscaped parking area. About 30 to 45 people will be able to work there.

The property is zoned for residential use.

With the recent retirement of WYES president Allan Pizzato, two native New Orleanians who are driven to broadcast excellence, Robin Cooper and Dominic Massa, have taken the helm to bring new ideas to the Crescent City’s iconic public television station.

Leading the station since 2013, Pizzato oversaw the station’s tricentennial coverage, the creation of new shows and documentaries, and the construction of the $17 million headquarters that opened in 2017. The chief operating officer under Pizzato, Cooper assumed the position of president and CEO last month, leaving her previous spot available for long-time WWL-TV Executive Producer of Special Projects Dominic Massa. “WYES was built by some of the city’s best and brightest leaders, who believed in the power of television to educate, inform and inspire. That mission couldn’t be more important or needed today,” Massa said. By all accounts, Massa is one of the hardest working and most respected broadcasting professionals in New Orleans television.

Audubon Charter School’s very first film festival was scheduled for March 14, 2020. That was five days after the first case of COVID-19 was reported in Louisiana, and it would be over a year before the middle school students — who wrote, acted in and helped to shoot the movies —  would be able to show off the products of their hard work. Out of the glare of the May morning sun, in the cool Prytania Theatre, Stephanie Knapp, an Audubon parent and teacher who led Audubon Charter students through the process of making movies together, took the stage. The students and their supporters — parents, family and friends — were masked and spread out in the theater, with alternating rows taped off to allow for sufficient social distancing. “It’s interesting to see how everything is changed, how everything is different … and everything is still kinda the same,” Knapp said.

Sibil Fox and Rob Richardson (also known as Fox and Rob Rich) are among a handful of New Orleanians who have a personal stake in Sunday night’s 2021 Academy of Motion Picture Arts & Sciences Awards. The poignant film about their two-decade-long effort to find justice in what is often considered a racially charged and overly harsh prison-industrial complex, “Time,” is a favorite for Best Documentary Feature.

Also up for Oscar consideration is “One Night in Miami,” which was shot in New Orleans and LaPlace, as well as musical works by New Orleans natives and NOCCA graduates Terence Blanchard and Jon Batiste, who have been nominated in the Best Score category. LSU grad Steven Soderbergh is one of the event’s producers. “Time” is only the second documentary post-Katrina New Orleans to be nominated for an Oscar. New Orleans-based award-winning filmmaker and Loyola University instructor Garrett Bradley directed “Time.”

A locally shot short film, “Garden District,” won Best Short Film at the 2021 London International Film Festival, held virtually last month from London, Garden District Productions announced. During the ceremony, Bryan Batt and Barret O’Brien were awarded Best Lead Actors in a Short Film for their roles in “Garden District.” “We are so proud of the amazing cast and crew of ‘Garden District’ for this prestigious national honor,” said “Garden District” creator Rosary O’Neill. “This film was written to celebrate New Orleans and all of its eccentricities, and the stellar local cast really deserve this recognition.”

“Garden District” is a short film created as a sizzle reel for a future potential television series.  It was produced in its eponymous neighborhood by a local cast and crew and focuses on the life of a New Orleans family.

The New Orleans Film Society (NOFS) is reuniting Eve’s Bayou (1997) director Kasi Lemmons and actor Lynn Whitfield for a special livestreamed conversation this Friday (Aug. 21) at 5:30 p.m. Ahead of the 31st Annual New Orleans Film Festival (Nov. 6-22), this reunion kicks off the “Why Film Matters” series in which NOFS highlights a landmark film as the basis for a series of conversations and varied programming around its impact. Fans of “Eve’s Bayou” are encouraged to stream the film synchronously on a platform of their choosing and live tweet with NOFS using the hashtag #EvesBayouReunion starting at 3:30 p.m. The NOFS Twitter account will be leading the conversation with lesser-known facts about the film and scenes with the help of fans, writers, and critics. The reunion conversation is free to stream and will be moderated by NOFS Programming Manager Zandashé Brown (Blood Runs Down).

With movie theaters out of commission, the New Orleans Film Society has created a way for enthusiasts to access select independent cinema from home while supporting the organization. The NOFS Home Theater is presenting a new title every week for a month, starting with “The Times of Bill Cunningham” on April 16 and ending with “Botero” on May 15. Each film will be available to stream for two weeks, and a portion of the proceeds from virtual tickets will help support NOFS. See all the featured titles and dates below:

The Times of Bill Cunningham
April 16-30
dir. Mark Bozek
Told in Bill Cunningham’s own words from a recently unearthed six-hour 1994 interview, the iconic street photographer and fashion historian chronicles his moonlighting as a milliner in France during the Korean War, his unique relationship with First Lady Jackie Kennedy, his four decades at The New York Times and his democratic view of fashion and society.