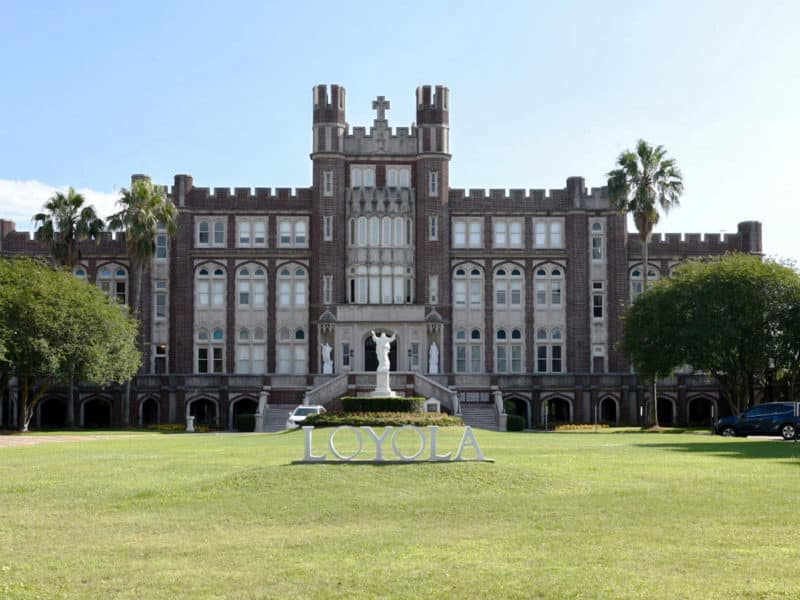 The Loyola University New Orleans College of Nursing and Health will open a state-of-the-art Nursing Simulation Laboratory in partnership with Ochsner Health on Saturday (Oct 1). The new $1.9 million Loyola Ochsner Nursing Simulation Lab – the “Sim Lab” – on Loyola’s campus allows immersive, hands-on learning opportunities in simulated inpatient and outpatient settings, as students prepare for careers in hospitals, labor and delivery rooms, emergency rooms and other clinical settings. Loyola’s new Sim Lab is equipped with high-fidelity mannequins capable of mimicking medical conditions that will improve or deteriorate based on the intervention provided by the nursing student. These lifelike mannequins are highly complex and responsive, designed to react like humans. “Being able to practice basic nursing skills on high-tech mannequins in a simulated environment is an invaluable opportunity we are thrilled to offer our students, and we are so grateful to everyone who helped to make the Sim Lab possible,” said Dr. Cherie Burke, director of the School of Nursing, in a press release. 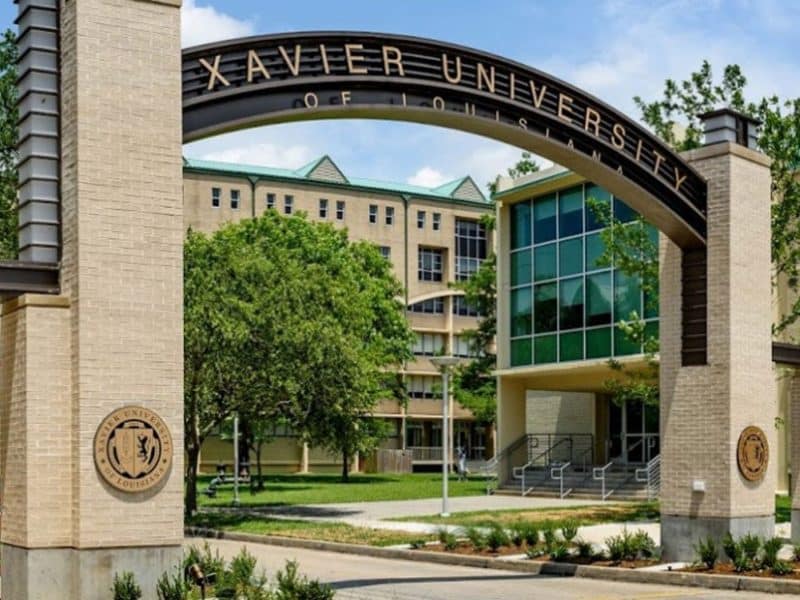 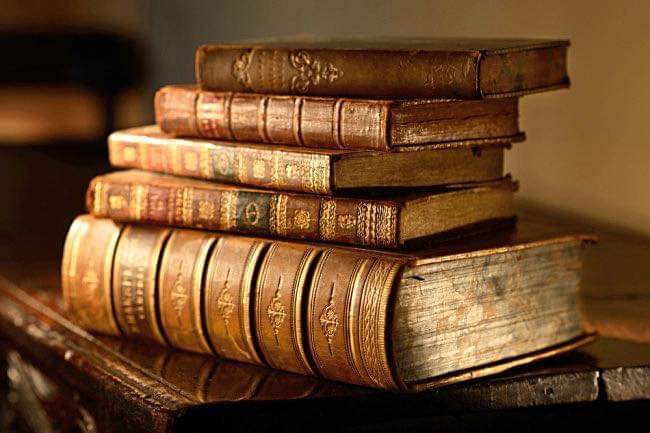 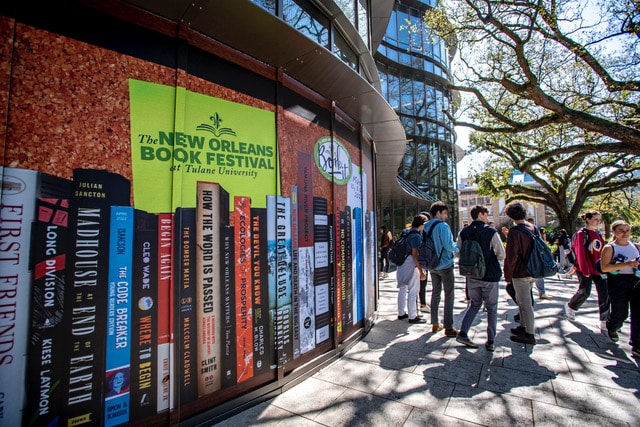 Book Fest: Local writers and photographers take it to the streets 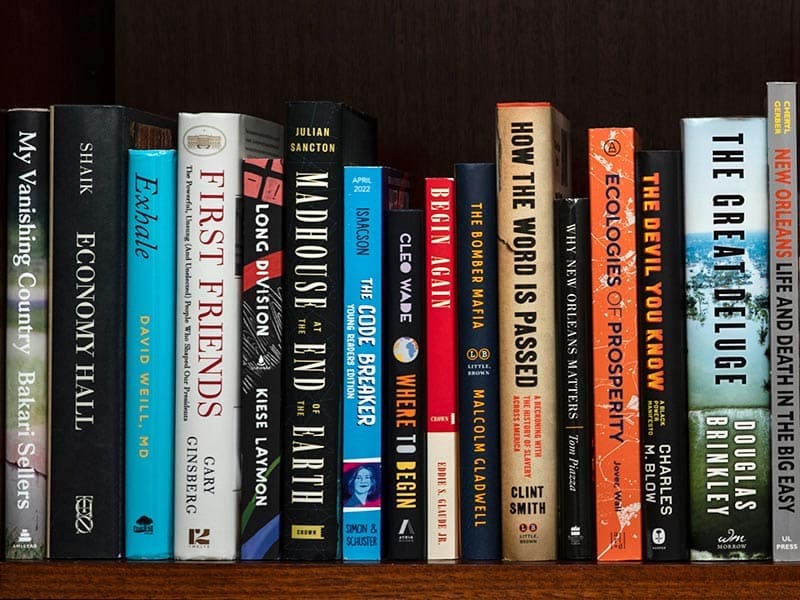 The event will feature 130 renowned and rising authors, including an engaging group of children’s authors, some of New Orleans’ top chefs and an all-star musical lineup. Click here to view the complete book festival schedule.

Tulane University to host ‘X’s and O’s,’ a play about football and traumatic brain injury

Six years ago, Tulane University assistant professor Jenny Mercein and playwright KJ Sanchez co-created a play called X’s and O’s that examines the lasting physical and neurological impacts from playing football. Mercein and Sanchez are now bringing their docudrama to Tulane’s campus. On Thursday (Feb. 17) at 7 p.m., Tulane will host a reading and panel discussion of X’s and O’s inside the Jill H. and Avram A. Glazer Family Club at Yulman Stadium, 2900 Ben Weiner Drive. The event, a collaboration between the Tulane Center for Sport and the School of Liberal Arts’ Department of Theater and Dance, is free and open to the public.

The university’s new residential village currently taking shape along McAlister Way on the Uptown campus received a boost recently from an alumnus whose name is synonymous with Tulane men’s basketball. Real estate magnate Avron B. Fogelman, a 1962 Tulane graduate, and his wife, Wendy Fogelman, a 1963 Newcomb College graduate, are providing the lead gift to build the pre-eminent student hall in the university’s residential project. The gift will propel the construction of Fogelman Hall. The freshman residence will replace Irby Hall, a popular residence hall on the former Bruff Quad next to McAlister Auditorium. Fogelman Hall will be one of five new residential buildings in The Village, the name for Tulane President Michael Fitts’ vision for reimagining the university’s residential spaces.

Ehab Meselhe, a professor in the Tulane Department of River-Coastal Science and Engineering, has received a $125,000 grant to plan the creation of an online forecasting tool to help scientists, ecologists and engineers evaluate how freshwater diversion and other coastal restorations projects may impact marine mammals, shorebirds, barrier islands and fisheries from the Mississippi River to the Gulf of Mexico. Meselhe received one of 20 planning grants totaling $2.3 million for a project that aims to develop a management and forecast system directly accessible to resource managers through a web-based dashboard. “It’s a preliminary step toward the development of urgently needed management tools for natural resources in the Gulf of Mexico,” Meselhe said. “It was very competitive, and I am so excited to receive one of these planning grants.”

The grant from the NOAA Restore Science Program aims to fund research that reduces the uncertainty around the management of natural resources in the Gulf of Mexico region. “The team of resource managers and researchers that Dr. Meselhe has assembled will work together to develop a publicly accessible river management and forecast system to explore the tradeoffs between different restoration strategies in the lower Mississippi River as well as examine how to optimize river inflows to reach restoration targets,” said Julien Lartigue, director of the Science Program.

Xavier students return with shots in their arms, masks on their faces

By Daniel Schwalm and Domonique Tolliver
Classes began at Xavier University of Louisiana on Aug. 16 amid a citywide surge in coronavirus cases fueled by the delta variant. Between Aug. 7 and 13, Xavier reported three new positive Covid cases. Two students tested positive along with one employee.

Tulane researcher suggests marijuana can cause infertility in men

As more states legalize marijuana, a new study by a Tulane University researcher has a warning for would-be dads. Smoking weed regularly may harm a man’s fertility. Researchers from Tulane and the University of Washington found a connection between low semen volume and damaged sperm among men who smoked marijuana. But the side effects weren’t all bad. The study also found that men who smoked marijuana were more likely to have sperm that swam faster.

Tulane tightens its COVID guidelines ahead of the fall term

By Daniel Schwalm and Domonique Tolliver, Uptown Messenger
This fall, Tulane University will require all students to receive the coronavirus vaccine, wear masks while indoors on campus and get tested regularly for COVID-19. Before the Delta variant surge, the university had been planning to relax its COVID guidelines as most of its students, faculty and staff were vaccinated. Vaccinated individuals would have been allowed go unmasked on campus. The school also had been planning to scale down its regular testing regimen, only requiring regular tests for those who were unvaccinated. However, on July 30, the city reinstated the indoor citywide mask mandate, for both vaccinated and unvaccinated people, and colleges in the city are following suit.

Tulane Summer Baseball Camp is gearing up for more fun! Registration for the Tulane Summer Baseball Academy middle school camp and the high school showcase are open for all. The July portion of the exciting and informative youth camps will be open to all boys and girls from middle school to high school — providing first-class instruction and the tools that they can take with them moving forward in their playing careers. Tulane Baseball Academy is offering a variety of summer programs for players of all levels, from beginner to advanced; there is a place for everyone. The goal for the younger players attending the middle school skills camp is to provide them with a fun and competitive atmosphere, while instructing the fundamentals of the game.

Tulane University athletics is excited to announce the return of the premier baseball camp of New Orleans. Backed by a deep history of the game, love of the sport, and the spirit and community of sportsmanship, Tulane Baseball Academy has opened registration for summer 2021. Batter up! The dynamic and engaging youth camps will be open to boys and girls of all ages, grades K-12. Providing first-class instruction and giving the tools that they can take with them moving forward in their playing careers.