City College of San Francisco biology professor Jonathan Siekmann was enjoying his visit to New Orleans when he spotted Meyer the Hatter, known to be the South’s largest hat store. Within minutes, Siekmann was sporting a new Panama-style straw to shield him from the Louisiana sun. “The pandemic has been a struggle. It was the worst business climate I’ve ever seen in my 46 years selling hats,” said Paul Meyer, a fourth generation hatter. “We depend on tourists and, until recently, there just weren’t any.” 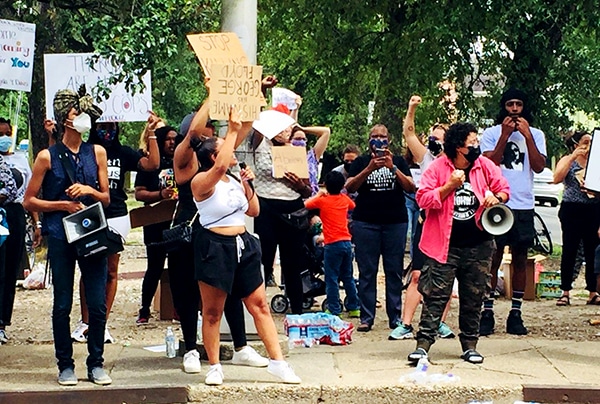 Viewpoint: Who will help build a more equitable New Orleans? 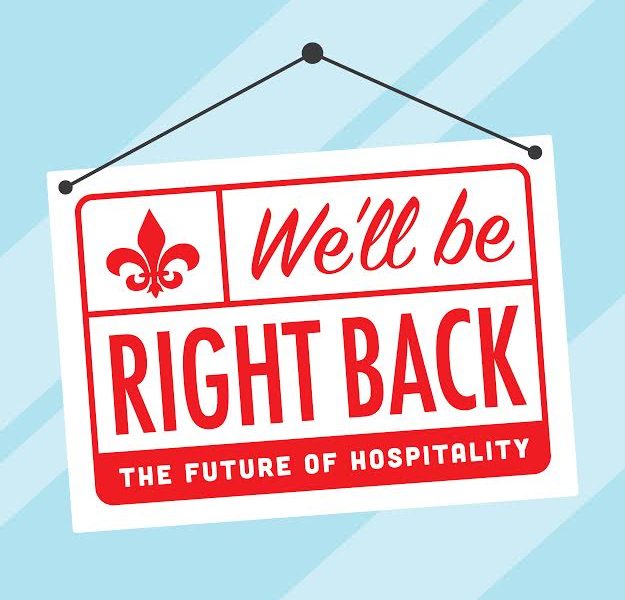 New podcast tackles the future of hospitality in New Orleans

Webinar today to provide information on relief for small businesses

With New Orleans a hotspot for the pandemic, officials have put in place a daunting array of restrictions and closures that have disrupted the life — if not the livelihood — of nearly every New Orleanian. Hundreds of New Orleans workers have been impacted by COVID-19 related closures. If you’ve experienced a loss of income because of the coronavirus pandemic, here are some resources to help you through, including unemployment compensation; relief funds for gig workers, musicians, bartenders and others; help for small businesses; counseling for stress and more. Gig-worker relief fund
The New Orleans Business Alliance announced on March 17 that it had set up a dedicated relief fund to meet the needs of the gig economy workers, many of who have been adversely affected by the loss of income. This includes ride-share drivers, musicians, arena workers and festival production staff.

Viewpoint: Leaders must demand sheltering in place to flatten the curve

Gov. John Bel Edwards and Mayor LaToya Cantrell are being too soft on New Orleans. With the number of confirmed cases and deaths skyrocketing, our elected officials don’t have the luxury of merely suggesting that people stay home as much as possible. Some form of sheltering in place must become the law of the land if we don’t want martial law and the additional restrictions it will bring. Though it might sound extreme, sheltering in place slowed the virus in China and is currently being implemented in Italy, Spain, Belgium and France. The Ukraine has shut down all transportation.

Mayor LaToya Cantrell today joined other officials and partners to break ground on the $4.2 million Freret Group A roadwork project. “This is the first Joint Infrastructure Project starting in Council District B; in total there will be nearly $60 million invested in this district over the next several years,” said Ramsey Green, deputy CAO for infrastructure. “At the conclusion of this project, residents on 50 blocks will have better streets and an overall improved quality of life. We have 16 projects under construction worth about $108 million.” The city’s Department of Public Works, in conjunction with the Sewerage & Water Board of New Orleans, began road repairs in the Freret neighborhood on Feb.

The Freret roadwork project broke ground on Monday (Feb. 3), the Mayor’s Office announced. Work on the project, which is one of about 200 being funded across the city with more than $2.2 billion of FEMA money, will continue for another year. The boundaries for improvements are bounded by South Claiborne on the north, LaSalle Street on the south, Jefferson Avenue on the west and Napoleon Avenue on the east. This $4 million project was designed by Kyle Associates LLC and will be constructed by Hard Rock Construction LLC.

Tourists flocking to what’s become one of the Garden District’s most popular destinations are met with is just a padlock and a sign: “Lafayette Cemetery #1 will be temporarily closed for repairs.”

It’s been over two months since the city of New Orleans, which owns the cemetery, shut down the area for public access, as it performs the most extensive restoration effort in recent history on the site, which has graves dating back to the 1830s. The city says that work there is long overdue, with natural weathering and a massive spike in tourist interest taking a toll on the historic tombs. That work so far has been scarce, though, according to Martin Leblanc, who says the tour groups he leads there will regularly consider the site among the top three or four to visit in the city. “I think they’re going to finish this cemetery after they finish the streets in New Orleans,” he said. “We haven’t seen any work.”

Martha Griset, who’s overseeing the work with city Property Management, said the city has spent time evaluating how to move forward on the restoration, and has already done some work clearing plant debris.

“We’re on a mission to rebuild our programs and physical structure,” said Dr. Shelia J. Webb, president-elect of the Young Women’s Christian Association in New Orleans. Hurricane Katrina and the levee failures decimated the YWCA building at 601 S. Jefferson Davis Parkway and forced a 14-year interruption of an agency that had been an integral part of New Orleans for almost a century. Under the leadership of current President Loyce Pierce Wright and a multi-generational group of volunteers, including judges Terri Love and Bernadette D’Sousa, the YWCA’s Legacy Circle will host a reunion of former Y Role Models on Sunday, Nov. 17, at the Holiday Inn New Orleans–Downtown Superdome, 330 Loyola Ave. Former New Orleans First Lady Sybil Morial and former U.S. Sen. Mary Landrieu, both 1989 Role Models, are co-chairing the event, which will take place from 4 to 6 p.m. Proceeds will be dedicated to the agency’s rebuilding campaign.

Fans assembled at Crescent City Comics in the Freret neighborhood on Saturday to celebrate the 10th anniversary of the comic book store’s rebirth after Hurricane Katrina. It wasn’t always clear that the store would make it this far. It opened in Gentilly in 1994, but when the storm hit in 2005, the shop lost much of its stock to flooding. It stayed shuttered for the next four years. “It was definitely a possibility it could be the end,” said store manager Leo McGovern.

Kristine Froeba: Hurricane Katrina diary — Where were you 13 years ago today?

I hear it’s pouring rain today in New Orleans. How apt. Most of my friends say they will not watch television today. I haven’t seen my friend Kim Abramson in person for years, but today her Instagram post was one of grief. It reads, “We won’t turn on the TV today, because I can’t take the images.

Just two months after announcing the start of construction on the new headquarters for the NOPD Second District in Gert Town, Mayor Mitch Landrieu and other officials returned to the site Friday morning to break ground for the new $6.7 million pool and community center that will be built next door. The 15,000-square-foot Gert Town Natatorium at 3411 Broadway Street will include a “six-lane, 25-yard indoor competition swimming pool and … men’s, women’s and a family locker room area as well as a snack bar,” the city announced. It will share a “community plaza” with the police station on the site as well, and is expected to open in spring 2018. “Community pools are critical to keeping our kids off the streets and providing them a place to come together,” said Mayor Mitch Landrieu afterward.

Restore the Mississippi River Delta, a coalition of several organizations, will present “Concert for the Coast” to help raise awareness about Louisiana’s coastal land loss crisis and the critical projects available to restore the coast. Hosted by actor-comedian Harry Shearer and featuring local celebrities and musicians, Concert for the Coast will take place on Earth Day, Saturday, April 22, from 7 to 11 p.m. at Jazz and Heritage Center, 1225 North Rampart Street. The concert will feature performances by New Orleans “Superjam” band Dragon Smoke, Grammy-nominated Cajun band Lost Bayou Ramblers, and Mardi Gras Indians and brass band Voices of a Nation. Top Chef Fan Favorite and Louisiana native Chef Isaac Toups will also be on site cooking local dishes. More from Restore the Mississippi River Delta Coalition:
Without action, Louisiana could lose 2,250 square miles of land over the next 50 years, putting our communities and cultures at risk.