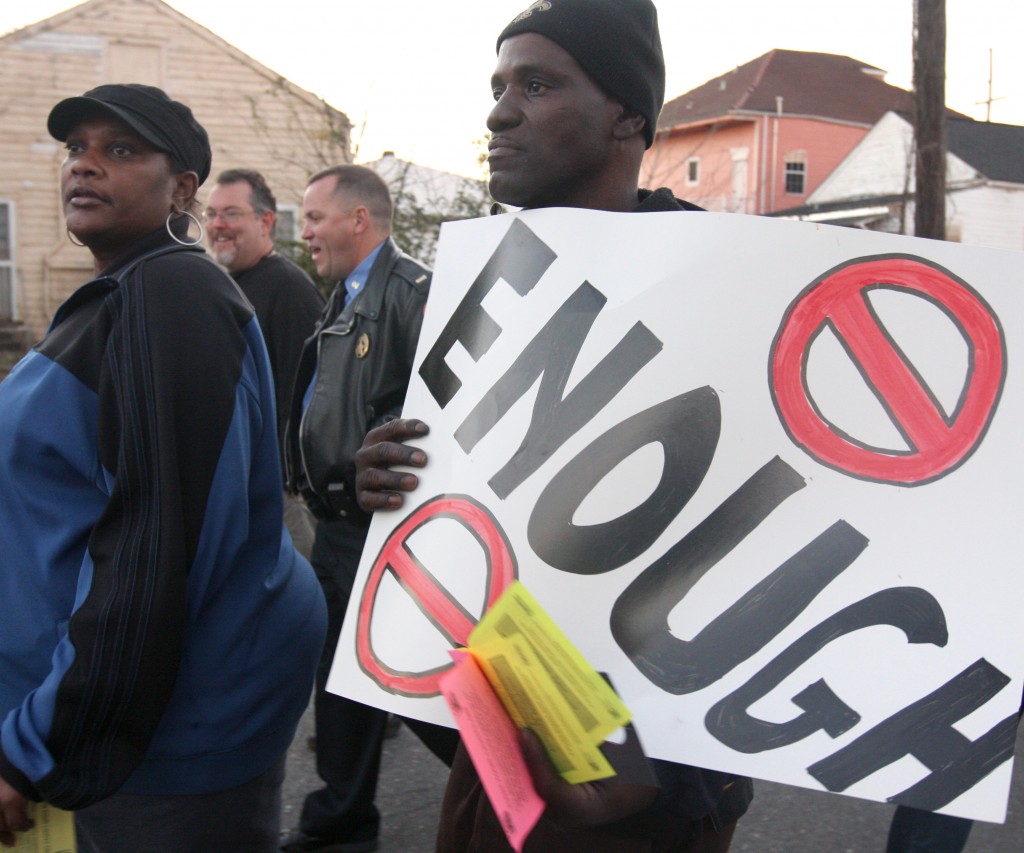 Milan residents march against crime in 2011.

Watching yesterday’s special City Council meeting on crime was very painful. It put a spotlight on the fear, frustration and anger of thousands of New Orleanians who recognize that the city has probably never been so unsafe. Voters also realize that New Orleans political, business, civic and grassroots leaders are not working together as a team. No one person appears to be in charge.

While many government leaders are making worthwhile suggestions, the proposed solutions to a safer city are all over the place. Where is Mayor LaToya Cantrell when her leadership is sorely needed? Is City Council President JP Morrell better positioned to take the reins?

Many citizens understand the dark reality: Crime isn’t going away until the number of police officers increase significantly. Unfortunately, that change will be years in the making. Without a coordinated plan, citizens have no choice but to look out for themselves and take all the necessary precautions to guard against becoming victims.

Of the 929 police officers currently on the force, citizens should want to know how many actually patrol the streets each day after writing off those on vacation or leave as well as top brass who rarely go on calls for service except homicides. One retired criminal justice official estimated that no more than 800 cops at best are on active duty any given day.  Citizens should also be asking how a police force our size can keep up with the homicides occurring almost daily, the car thefts taking place almost every hour, and the 333 auto burglaries since Jan. 1. Many carjackings and auto burglaries don’t even make it onto the police log because officers don’t arrive before vehicle owners’ tire of waiting and leave the scene of the crime.

Council President Morrell should be praised for giving stakeholders a chance to voice their concerns. He is relying on such feel-good programs as responsible gun ownership, truancy reduction and a new juvenile curfew. Some believe that most law-abiding citizens only carry weapons to protect themselves. Those folks are already responsible gun owners. Many charter schools, especially the underperforming ones, should have been prioritizing truancy all along. A juvenile curfew is a sound idea — but who will enforce it? Will the parent or guardian be criminally liable for the child’s whereabouts after hours?  A youngster who does not attend school regularly or ignores a curfew is destined to get into trouble.

Hats off to Dr. Jennifer Avegno, perhaps Mayor Cantrell’s most efficient department head, who will come back to the council with a plan to treat violence as a public health problem. Council Vice President Helena Moreno is also introducing an ordinance that will increase the number of summer youth jobs from 365 to 1,000, a worthy opportunity indeed for kids to develop vital skills and earn a few bucks at the same time. Unfortunately, some youth will prefer to earn their summer cash by engaging in criminal activities.

“Crime knocks on every door,” Councilmember Oliver Thomas proclaimed at the meeting. Citizens behind every door need to formulate personal crime plans which could include handgun training, additional exterior lighting, steering column locks and the reintroduction of Neighborhood Watch. Citizens must look out for each other. 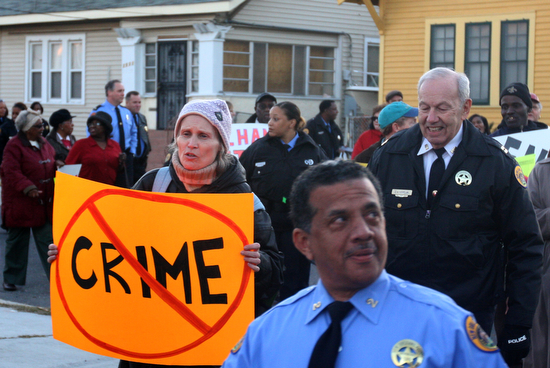 Residents and NOPD officers march in 2011 to show a united front against crime.

Neighborhoods with the necessary financial resources should increase private security patrols by P.O.S.T. certified officers. Staying off the streets after dark or avoiding dicey areas are also good anti-crime measures. If citizens must venture out to a Pelicans game, a concert or even the grocery store, choose a parking spot wisely. Be aware of your surroundings. Avoid suspicious individuals. Keep the phone numbers of immediate neighbors handy. Be sure no one is following you home or lurking in the bushes by your front door. Hopefully New Orleanians won’t have to live like this forever. But for the time being, our choices are limited indeed.

Those who want to learn more about the state of New Orleans crime can other concerned citizens tonight (Jan. 19) at a meeting of the Home Defense Foundation, where Rafael Goyeneche of the Metropolitan Crime Commission will speak. This free event will take place at the Morning Call Coffee Stand, 5101 Canal Blvd., starting at 7 p.m.  A large crowd is expected. HDF founder Michael Weinberger encourages attendees to arrive early to get a good seat.

Citizens will also have another opportunity to speak their minds Monday (Jan. 23), when the grassroots coalitions We the People and New Orleans United Front hold a Crime Summit at the New Orleans Healing Center, 2372 St. Claude Ave., starting at 6 p.m.  For more information call 504-259-3766.

Bloom withdrew from the race Wednesday (Jan. 18), leaving six candidates. HD 93 includes portions of the Lower Garden District, the CBD and Warehouse District, Central City, Treme, Faubourg Marigny and the 7th Ward. The election will be held Saturday,  Feb. 18, just days before Fat Tuesday. The winner of the race will run again for a four-year term this fall. Early voting will take place Feb. 4-11.

Editor’s note: The information on the candidate slate for House District 93 was added after this column was originally published.