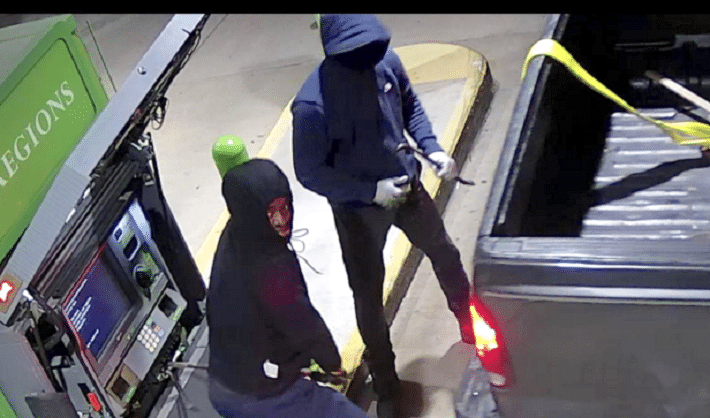 The New Orleans Police Department is asking for the public’s assistance in identifying and locating two suspects wanted in connection with the attempted theft at the Regions Bank on Tchoupitoulas Street.

At about 4 a.m.  on Tuesday (Jan. 10), two men in dark hooded jackets were captured on the bank’s surveillance video. They appeared to be trying to break into an ATM in the bank’s drive-thru.

They were reportedly not successful in their attempt to gain access to the contents of the ATM.

Anyone with information as to the identity of these suspects or this incident is asked to call Second District detectives at 504-658-6020 or Crimestoppers anonymously at 504-822-1111.