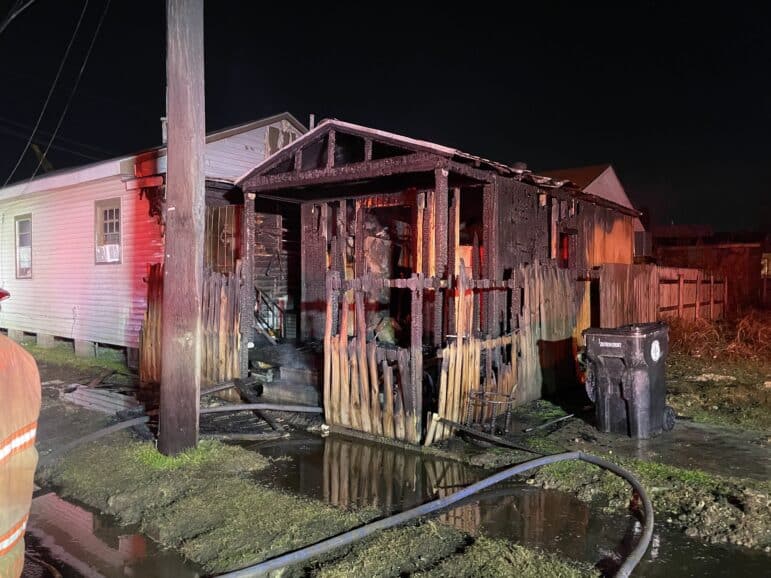 The fatal one-alarm fire began in a shed behind the home at 9042 Cohn St.

A man died Sunday evening (Jan. 15) while trapped inside a burning shed behind a Leonidas house, the New Orleans Fire Department reported.

A resident of the home told the NOFD that he and his friend used the shed as a “man cave” and had been watching a game inside. The resident had gone in the home, smelled smoke and called 911.

At about 7:45 p.m., the Fire Department received the call of a fire in a one-story wood-frame house at 9042 Cohn St. When they arrived, they found a wooden shed aflame. The fire had spread to the house, and responders were receiving reports of a person trapped inside the home.

The searched the house and found no one inside. Then, while extinguishing the fire in the shed, they found a man in the center of the shed who had succumbed to the hazardous conditions. He was 64.

In its report on the unclassified death, the New Orleans Police Department said he was found on a couch near a space heater and appeared to have been smoking.

The cause of the fire, which was extinguished by 8:20 p.m., remains under investigation.

This report was updated after posting with details from the NOPD.