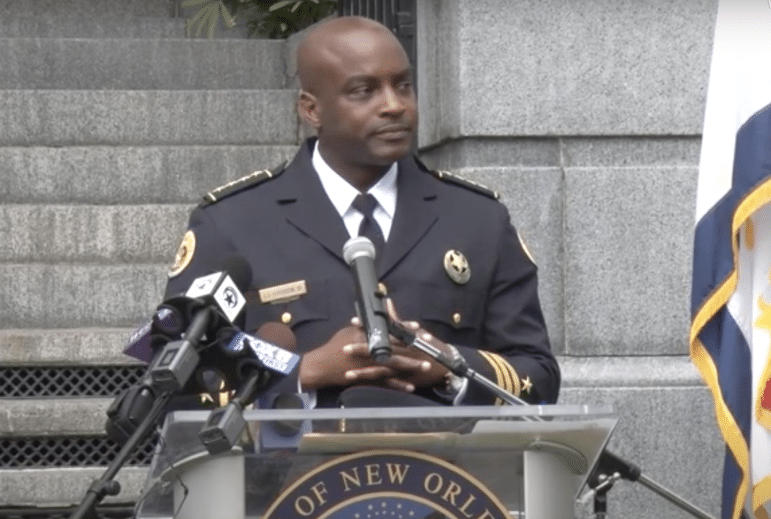 NOPD Shaun Ferguson addresses the crowd outside Gallier Hall after he is sworn in on Jan. 18, 2019.

For perhaps the first time since Mayor LaToya Cantrell appointed Shaun Ferguson as chief of police almost four years ago, Ferguson spoke candidly in public. “I want to encourage our city leaders to have better communication lines. This isn’t able personal agendas. It’s about the safety of the people of New Orleans,” Ferguson said Wednesday (Dec. 7) during his remarks on what influenced his surprise decision to retire in less than three weeks. “We have to work better with one another and stop this political showmanship. Come to the table, be grown men and women, and let’s work for solutions together.”

Former Criminal Court Judge Arthur Hunter, who previously served as an NOPD officer, has been vocal recently that the main problems at the NOPD are not salaries or benefits but the morale and the culture of the department. Though Ferguson has been on the force since 1998, Ferguson lost his voice when he was named superintendent. We should not have to endure another puppet chief.

The Metropolitan Crime Commission’s Rafael Goyeneche pointed out yesterday that Ferguson has been trying to bring crime under control during some of the worst years of New Orleans history — in the aftermath of a major hurricane, Covid and a somewhat related crime spree. At the same time, the police force has continued to shrink every month. It’s akin to constantly swimming against the tide. Ferguson admitted that it was hard to recruit given the “climate” of the force. “We need to hold every aspect of the criminal justice system accountable, not just police,” Ferguson said defiantly.

It’s been an open secret that Cantrell wants to appoint a female police superintendent before she left office and had been grooming two candidates: Deputy Superintendent Jonette Williams, who is thought to currently be the chief-in-waiting, and Sabrina Richardson, who was in the catbird seat until recently demoted after she was caught double-dipping. The appointment of either of the two later this month would be a stretch. Both lack the experience necessary to do the effective job citizens deserve.

Though New Orleanians might like to believe Ferguson’s contention that Cantrell did not ask him to resign, we should not overlook the change to the City Charter that — beginning Jan. 1, 2023 — will give the City Council the right to approve all of Cantrell’s major hires. Bringing Jonette Williams on in late December as the permanent superintendent would allow Cantrell to legally circumvent the council’s new process, which the voters overwhelming approved at the polls just last month.

The City Council and The NOLA Coalition — which represents almost 500 civic, business and neighborhood organizations — are each calling for a nationwide search for a new chief. That search process could take six months or more. The two New York Police Department consultants, put in place by the business community, will continue to work behind the scenes. In the meantime, Cantrell could name an interim chief who could apply for the permanent position if a national search takes place.

Ferguson and District Attorney Jason Williams had deep philosophical differences regarding who deserved incarceration and who did not. An appointed police chief would always have to play second fiddle to the district attorney, sheriff, judges and other stakeholders in the criminal justice system. But an elected police commissioner would be on equal footing. He or she would even be in a better position to negotiate an end to the consent decree. That person could become a true force to be reckoned with.

During a police commissioner campaign, candidates would need to put together a platform that citizens, other elected officials and the media would have the opportunity to closely scrutinize. There would be plenty of forums where the platforms’ plusses and minuses would be debated vigorously and refined as the process continued. The council, the business community and other criminal justice stakeholders would also weigh in. In the end, voters would decide which candidate they think would do the best job. Electing a police commissioner wouldn’t be a perfect system, but voters could un-elect the person if he or she failed to perform.

To get the process rolling, the council would have to propose a new constitutional amendment to the City Charter, which could go on the ballot in the spring of 2023 if the council moved quickly. If the voters approve the charter change, an election for police commissioner could take place in November 2023, with the gubernatorial election. That person could take office in early 2024.

Some pundits believe that Cantrell’s timing on the selection of a new chief is another step to close the gap with Black voters who may be on the fence about signing the recall petitions. This week more than 100,000 chronic voters who had not yet formally pledged their support received a postage-paid card they just had to sign along with a witness and drop in the mailbox. Others politicos think a quick appointment without the public approval process could drive more citizens to sign the petition.

A small number of business leaders, including tourism officials, have invested heavily in the recall campaign. Many others have merely watched from the sidelines. Cantrell touted the return of tourism in last night’s State of the City address. But if crime persists at current levels, tourists will be too afraid to visit New Orleans and our economy will suffer. Will the police chief selection process become the motivating factor that pushes the remaining business leaders to take a stand? 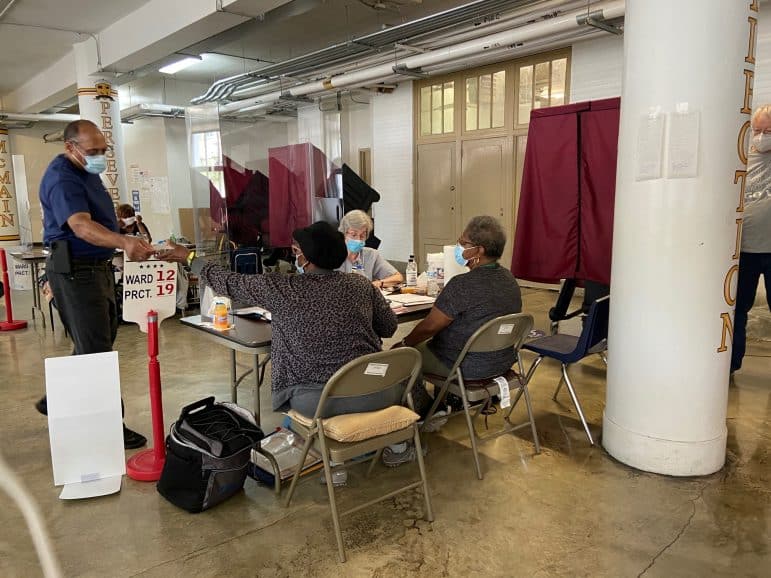 Election Day is upon us once again. Fewer than 10,000 Orleans Parish voters took the time to cast their votes early. The polls will close at 8 p.m. Saturday night. Go to the polls so your voice will be heard. To find your polling place and view your ballot, go to the Secretary of State’s voter portal.

One thought on “Viewpoint: New Orleans voters need a voice in who runs the NOPD”