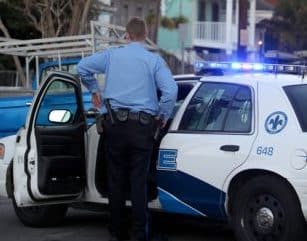 Three major crimes were reported in Uptown neighborhoods on Thursday (Dec. 29): a home invasion, a shooting and an armed robbery.

At about 11 p.m., a home invasion was reported in the Lower Garden District.  Police investigating the report in the 800 block of St. Andrew Street found evidence of a home invasion but did not find the victim, a 33-year-old woman.

A teenager was injured Thursday night in Central City. The victim, a 19-year-old male, was in the 2600 block of St. Philip Street at about 9 p.m. when he heard gunshots and realized he had been hit.

He was taken to the emergency room by Emergency Medical Services.

A 77-year-old man was robbed at gunpoint earlier on Thursday while leaving a store in the Hoffman Triangle neighborhood.

A man followed the victim out of the store on South Rocheblave Avenue and Fourth Street at about 12;35 p.m. He walked up to him and pulled out a gun, demanding  his money and other property. The victim complied.