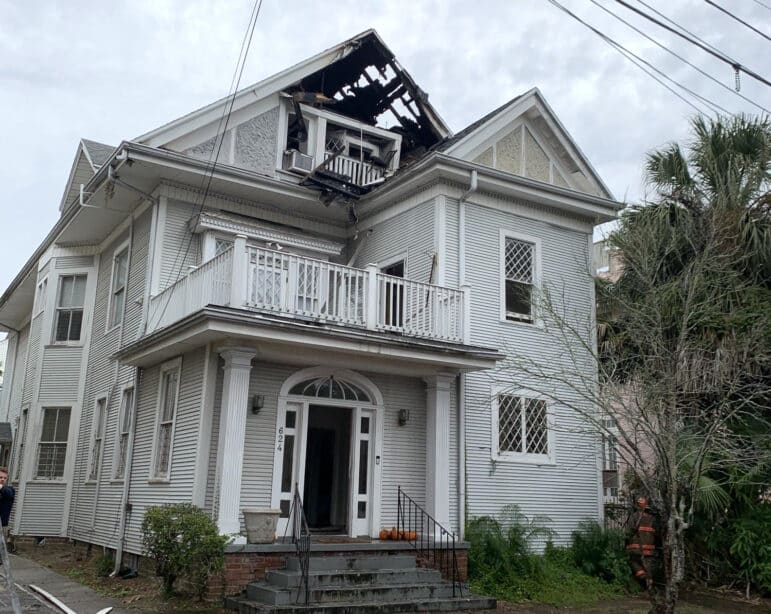 The two-alarm fire that broke out Thanksgiving morning was not especially disruptive to the holiday meal preparations at neighboring homes in the 600 block of Audubon Street.

The fire displaced the college students living in 624 Audubon right before exams, but no one was injured, it was under control in 32 minutes, and the blaze did not spread to neighboring homes.

One aspect of the fire caught some neighbors’ attention, however: The smoke spilled out of a third-story window, and the New Orleans Fire Department reported that it had started in a third-floor apartment.

“My question is, why was there somebody in the attic?” said Keith Hardie, who lives two doors down from the apartment building. “And when did this get converted into a triplex?”

The HU-RD2 zoning for the area, intended for densely populated historic neighborhoods, permits doubles and single-family homes only. Higher-density residences, including triplexes, are not allowed.

Hardie said he and other neighbors have a history with 624 Audubon. After developer Craig Tolbert bought the building in 2004, neighbors noticed three refrigerators and three stoves being delivered to the property. They notified the Department of Safety & Permits.

On May 3, 2004, inspector Michael J. Cavataio issued a letter stating Tolbert had violated city ordinances by “causing, allowing, or permitting a permit to be issued on the basis of incorrect, inaccurate or incomplete information the work included the installation of two additional kitchens to an existing single family residence.”

The inspector also found the property did not meet the minimum lot width and lot area requirements that were in place at the time for triplexes. Tolbert then agreed to remove the kitchen appliances and bathroom fixtures from the third floor and to seal it off.

According to plans filed with the city and testimony from architect Robert Biery at a 2004 Board of Zoning Adjustments hearing, the third floor was sealed off.

The plans show the building, which had been a single-family residence used as a monastery, was converted into two four-bedroom apartments. A permit and a certificate of occupancy were issued. Since then, the property has been consistently rented to college students, neighbors say. 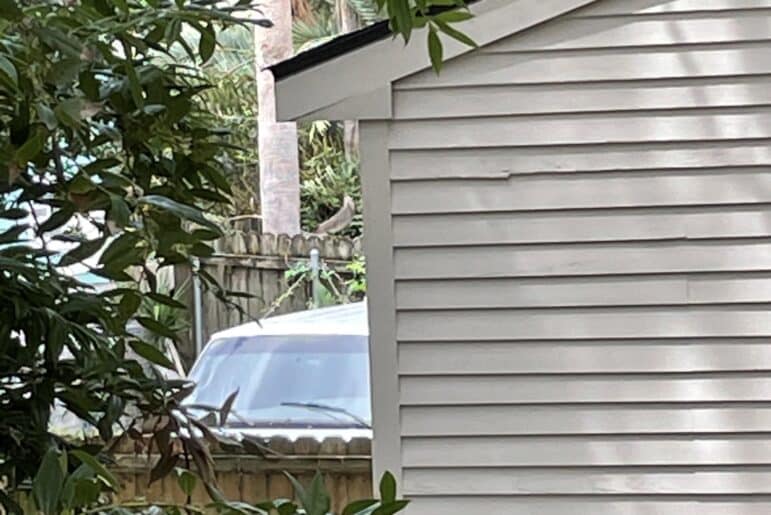 Vans started delivering building materials to the rear of 624 Audubon St., neighbors say, after they reported work was being performed without a permit. This photo was taken July 15.

In June of this year, a van full of lumber was unloaded at the property. Neighbors heard “considerable noise,” including hammering, Hardie said in a July 11 letter to the Department of Safety & Permits and other city officials, asking for inspectors to determine whether the property was being illegally converted into a triplex. No building permit could be found.

If the developer was adding more bedrooms, Hardie noted, he would also have to comply with the University Area Off-street Parking Overlay.

The site was inspected in July, records show, and the city issued a stop-work order on Aug. 9.

Three days later, Tolbert applied for an after-the-fact permit to build out a closet in Apartment B. The city inspector asked for a sketch of the work, the contractor’s license number and a breakdown of the costs. None are posted on the city’s OneStopApp permit database.

The inspector also asked the developer in August to clarify the number of units in the building, a request that remains open, according to city records. The permit application describes the existing and proposed uses as “multifamily dwelling (three units or more).” 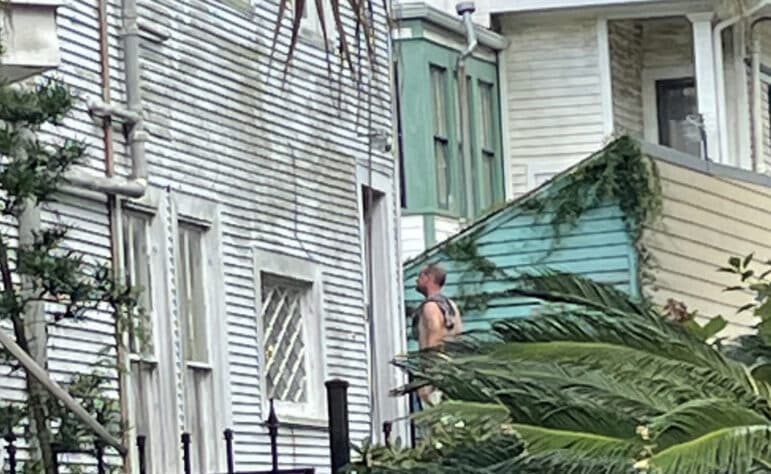 Workers stopped using the front entrance after neighbors notified the city about the construction activity during the summer.

Tolbert, whose NOLA Apartments and Tolbert Realty companies operate hundreds of Uptown apartments, did not immediately respond to messages left at his real estate office.

No permit is on file for work on the property during 2022, and Hardie, an attorney and active opponent of doubles-to-dorms developments, said he did not see a permit posted on the building.

“It’s just the Wild West out here,” he said. “These developers don’t get the permits, then they have fires.” Without permits and city inspections, Hardie noted, the tenants can’t know what has been done to their apartments or whether the electrical work was performed to code.

The State Fire Marshal’s Office inspected an estimated 100 student housing developments on Nov. 7 and found no violations. The apartment building at 624 Audubon was not among those inspected. 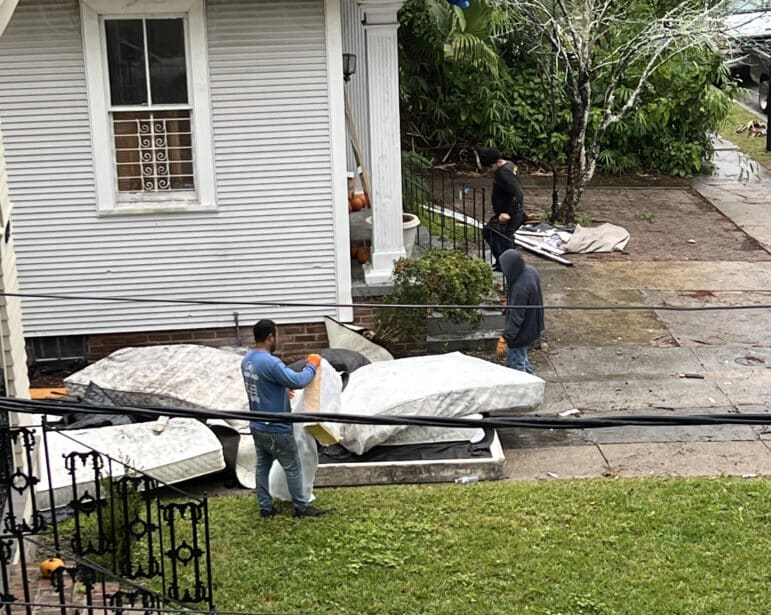 Workers remove mattresses from the fire-damaged 624 Audubon St. on Nov. 25.