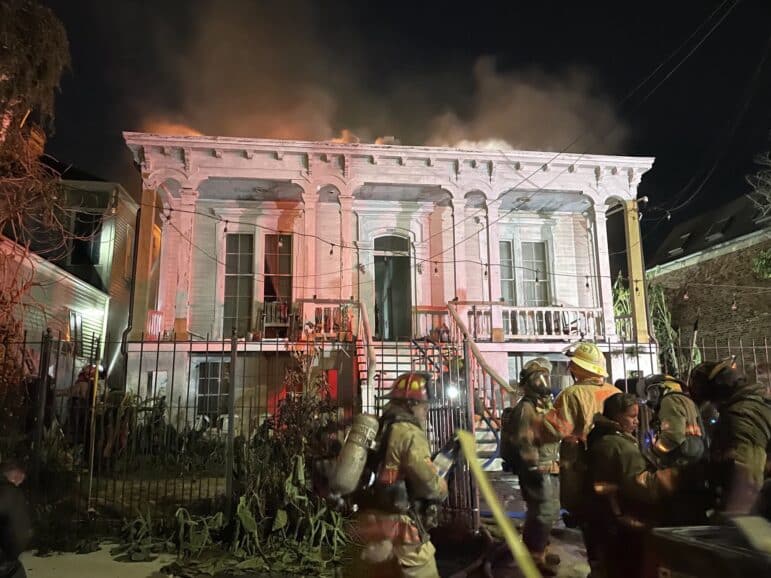 Firefighters rescued a dog from the home, the NOFD said. No one else was at home when the fire broke out.

The New Orleans Fire Department arrived at 2710 Constance St. at 6:26 p.m. on Saturday (Dec. 24), finding a heavy blaze in the rear of the two-story wood-frame single-family home. Firefighters sounded a second alarm about 10 minutes later, when they had difficulty accessing the attic.

The house was built of heavy timber, the NOFD said, and the attic was broken into compartments. “As fire personnel would break through, they would be met with another barrier,” an NOFD press release stated.

The dog was rescued from the second floor and is reported to be in good condition. Eighteen units and 50 firefighters brought the blaze under control by 8:16 p.m.

No injuries were reported, and the cause of the fire is under investigation. 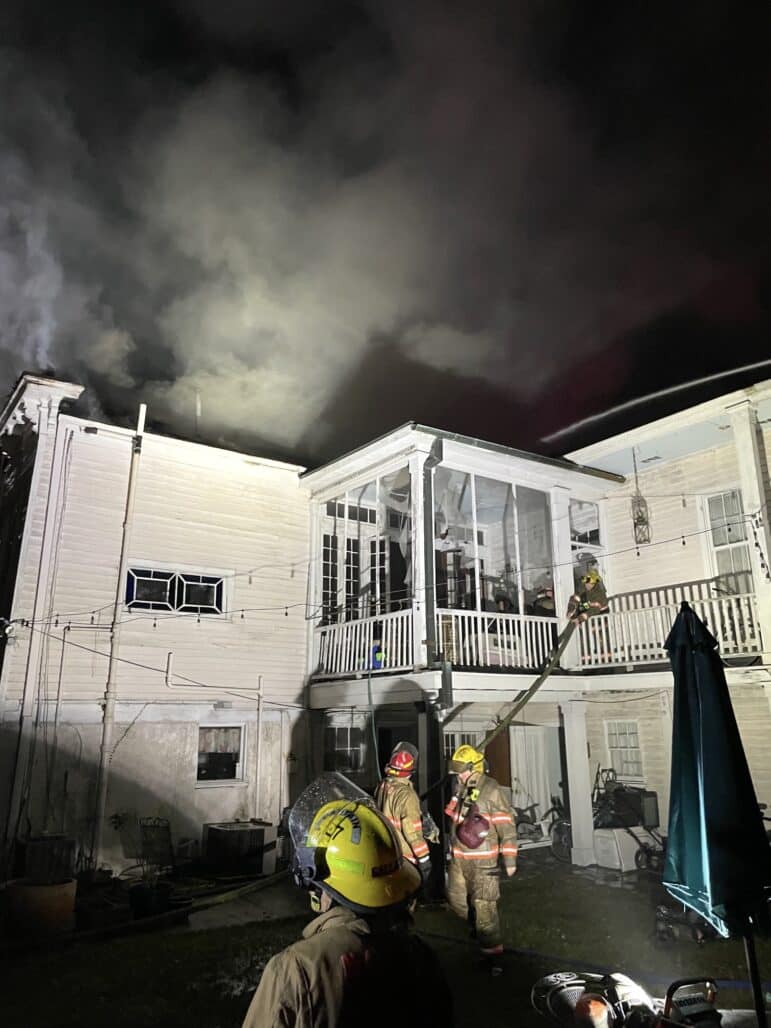