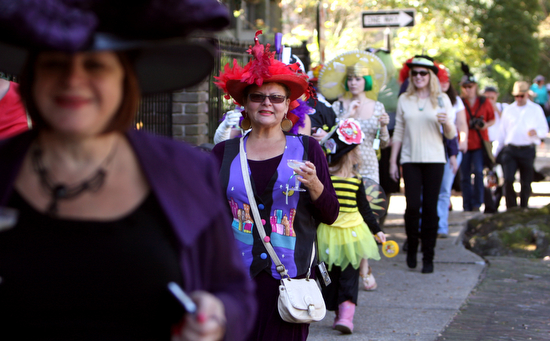 For more than a decade, the Garden District has provided the backdrop for the St. Catherine’s Day Hat Parade on the Sunday before Thanksgiving.

Francophiles and those who simply enjoyed parading in a fancy hat would meet at St. Charles Avenue and Pleasant Street, sip on sparkling wine and walk a brief route to the sounds of live gypsy jazz.

The parade organizers recently announced they have poured their last glass of bubbly. There is no parade today; the event has been permanently canceled.

“This was not an easy decision,” said parade founder Claudia Lynch, announcing that she and other organizers have other projects they want to pursue.  “We think you’ll agree that we’ve had a glorious run.”

The parade was inspired by a Parisian tradition honoring St. Catherine — the patron saint of single women, milliners and seamstresses — on her feast day, Nov. 25. The elegant Catherinette parade in Paris features elaborate hats. 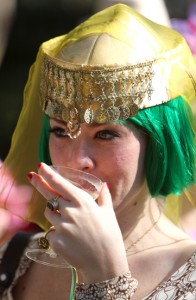 Lily Virginia Filson enjoys a glass of champagne before the parade in 2010.

Catherinettes, traditionally single women, distinguish themselves for the day by wearing handmade hats. The hats often use St. Catherine’s colors of yellow (faith) and green (wisdom) and tend to be outrageous. Because of this hat-wearing custom, milliners and seamstresses from the Paris couture houses hold big St. Catherine’s Day parades to show off their wares.

The New Orleans version of the parade featured music, the gypsy jazz of Bart Ramsey and Zazou City; Chevaliers du Champagne poured sparkling wine for the parade participants; and themes, such as “A Love-Hat Relationship”; “Been There, Done Hat”; “Wear Y’Hat”; “The Hat Pack”; and “Hat o’ Nine Tales.” 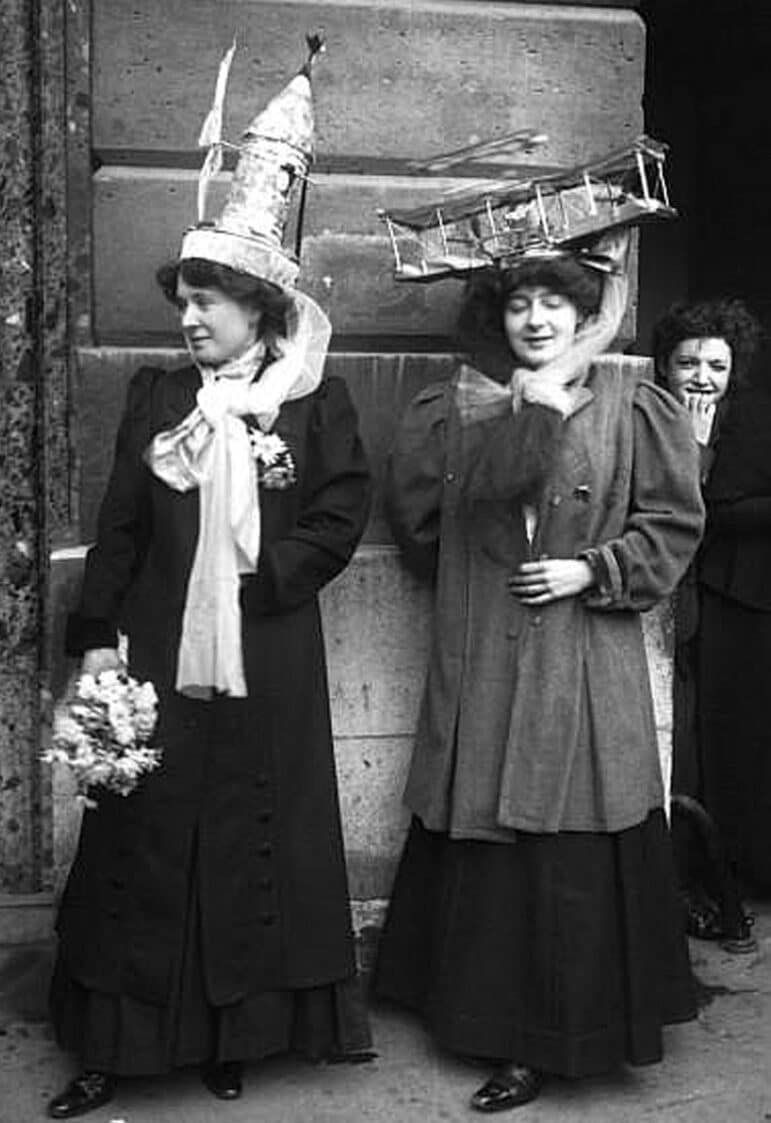 2 thoughts on “St. Catherine’s Day Parade hangs up its hat”