The New Orleans Police Department has released photos and a video of suspects in two school burglaries and the armed robbery of a business. The incidents are not related.

The armed robbery in the video below occurred on Nov. 8 at the Boost Mobile in the 2800 block of South Claiborne Avenue.

At 7:19 p.m., a man entered the store while visibly clutching a handgun in his waistband. He yelled at the employee to open the cash register, then grabbed it himself, knocking the drawer to the ground. He took the drawer filled with cash and walked out. 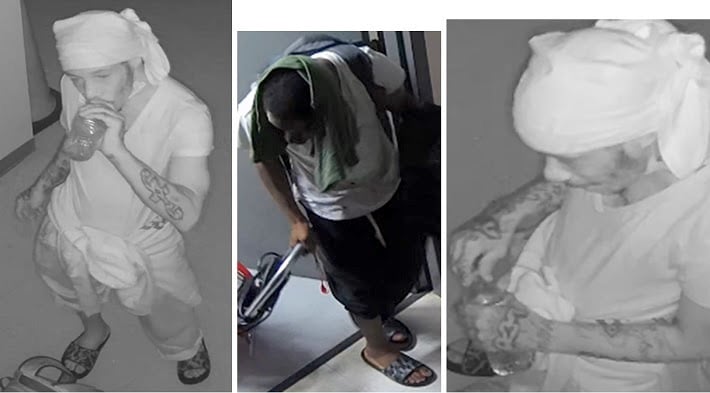 Another suspect, seen in the three photos above, is wanted in connection with the burglary of Booker T. Washington High School, 1201 S. Roman St. The public charter school was targeted twice in three days.

The first burglary was reported Nov. 6.  Just before 9 p.m., the suspect pictured above was seen on surveillance video. Police said “various items” were taken from the school that night.

Police describe the suspect as a Black male with a mustache, mutton chops and distinctive hand and arm tattoos.  He is wanted on two counts of simple burglary.

Anyone with information about the incidents or the identity of the suspects is asked to contact any Sixth District detective at 504-658-6060. Those wishing to report information anonymously can do so by calling Crimestoppers of Greater New Orleans at 504-822-1111.