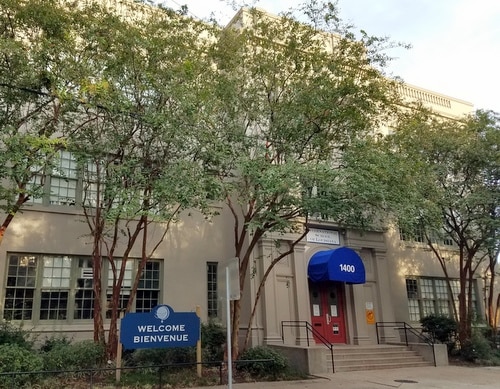 An International School of Louisiana student was hit by a car while crossing Magazine Street on Wednesday morning (Nov. 16), the New Orleans Police Department reported.

Medical responders took the juvenile to the emergency room to be treated for injuries that an NOPD spokesperson described as minor.

The student is a preteen, police said, but they did not provide the age or gender. The ISL campus in the Lower Garden District, where the victim attends school, educates students in the third- through eighth-grades.

The driver — who remained on the scene and has been cooperating with police — will not be cited, the NOPD said.

Further details were not available. Anyone with information is urged to call the NOPD Sixth District station at 504-658-6060 to speak to a detective, or Crimestoppers at 504-822-1111 to leave an anonymous tip that could be eligible for a cash reward.