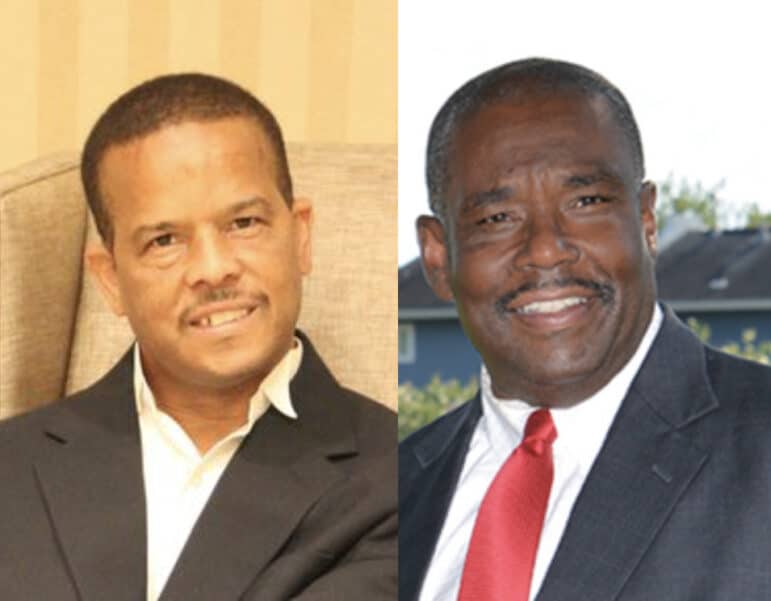 The new report by Independent Police Monitor Stella Crizment should have been a real eye-opener for many New Orleanians. It shines a bright light on a number of actions that appear designed to intimidate and malign an outspoken culture bearer, Belden “Noonie Man” Batiste, who is currently chairing the effort to recall Mayor LaToya Cantrell.

Almost a year ago, Batiste, who is related to the Batiste family of celebrated musicians that Cantrell recently honored, spoke out against then-Sen. Karen Carter Peterson at a forum, while both were running for the U.S. Second Congressional District seat. Then-Councilman Jay Banks, a Peterson political ally, was so undone that he and his armed driver suddenly appeared at Batiste’s Treme home for a not-so-friendly chat. Fearing for his personal safety, Batiste called the police. That 911 call was not recorded, authorities said.

The investigating officer arrives without an item number slip. Banks is issued a summons, which he signs for at the 1st District police station, rather than being served at his home. Belden was also issued a summons. Seven ranking officers showed up at Batiste’s house to serve a lowly municipal summons – and later lied as to why and how they came to be there, the report states.

An apparent intimidation campaign against Batiste followed. An unknown NOPD employee dropped the unsigned police report on Batiste’s door step. Banks and others gossip at the Zulu Social Aid & Pleasure Club about getting over on Batiste and make disparaging comments about his mental health. Other ranking officers fail to conduct truthful and complete investigations in the case. Only after Batiste files a complaint with the Public Integrity Bureau do all the lies start to unravel.

What made Banks, now a Cantrell aide, think he could get away with bullying Batiste? Why would the investigating officer issue Batiste a summons when the evidence did not back it up? Why did various ranking officers, including a captain and detective, bungle their reports? Were the police officers involved purposely mean-spirited? Were they trying to kowtow to Banks? Did they think their actions would help curry favor with Chief Shaun Ferguson and the mayor, a political ally of Banks and Peterson, and perhaps help them receive a promotion? Or were their incomplete reports due to an unwillingness to rock the boat and disturb relationships with other officers? What honorable police officer wants to be caught in a big fat lie?

This whole matter would have died a quick death except that new IMP Crizment did her job and exposed a cover-up. That’s exceedingly rare these days. Public employees are often pressured — even bullied — by those with power whether the powerful are elected or appointed. The more power a person holds, the easier it is to get what they want. It doesn’t matter if we are talking about the Mayor’s Office, the City Council, the City Planning Commission, Public Works, Sewerage & Water Board, the airport or even the Historic District Landmarks Commission. Let’s also not forget all the ways one person can hold power over another.

Working in government is not always easy or pleasant. Bullying and undue influence from higher ups can only make it worse. What we really need is for the city’s talented, hard-working employees to be able to recommend the best decisions on proposed projects or programs based on their knowledge and experience and without outside interference. Anything less is not fair to the good citizens of New Orleans. This incident also added to the list of milestones the NOPD must accomplish before the consent decree is dissolved. Looks like that won’t happen anytime soon.

WILL MAYOR CANTRELL USE CAMPAIGN FUNDS TO REIMBURSE HER EXCESS TRAVEL EXPENSES?

Now that Mayor LaToya Cantrell has agreed to pay back $30,000 for the difference in what city policy allows and what she spent on several recent trips, inquiring minds are questioning the source of funds that may be used. Though Cantrell earns in excess of $180,000 annually, it is thought that she might choose to use money from her campaign account rather than personal funds.

Readers might remember that Cantrell previously spent campaign dollars (and may still be doing so) on items including salon services. Of course Cantrell is not obligated (so far) to pay the money back all at once. She probably could set up an installment plan and pay it over a period of time.

Orleans Parish School Board member Carlos L. Zervigon, his wife, Elizabeth, and cousin Aimee Adatto Freeman will hold a reception tonight for Democratic businesswoman Katie Darling, who is running for Congress against Republican U.S. Rep. Steve Scalise. The event will be held at the Zervigons’ Uptown home from 6 p.m. until 8 p.m.

Darling entered the race because of the U.S. Supreme Court’s ruling on abortion. She recently released a video that included footage of her giving birth to a son. The video brought Darling much national attention and should help her raise money from pro-choice men and women around the country.

Voter registration for the fall elections is in full swing. Voters have until Oct. 11 to register in person and until Oct.18 to register online. Early voting begins Oct. 25.