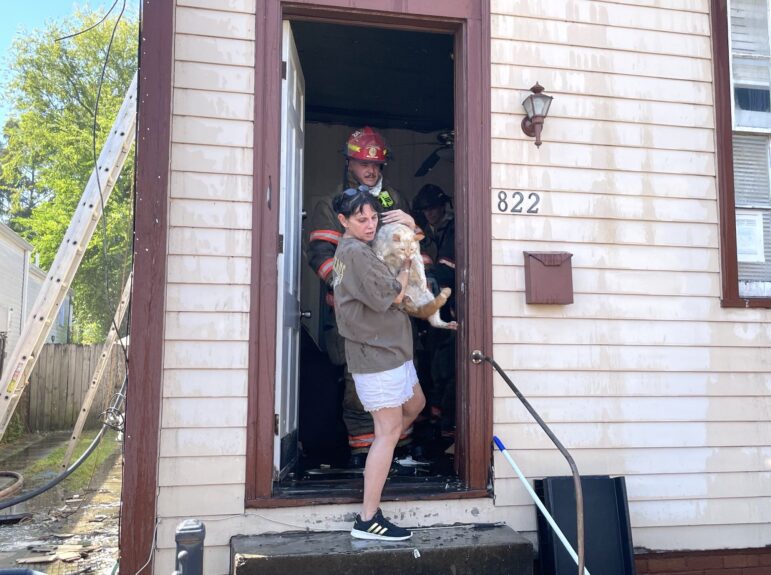 A pet cat is rescued from 822 Toledano.

Two dogs and three cats were rescued from a burning triplex in the Irish Channel on Thursday (Oct. 6), the New Orleans Fire Department reported. The fire displaced three residents.

Firefighters were called to the wood-frame building at 822-28 Toledano at 12:39 p.m. Nine units with 29 firefighters arrived at 12:44 p.m. and found a blaze extending from the attic of 822 Toledano. It quickly spread through the attic to the other units. Firefighters had the blaze under control at 1:05 p.m.

No injuries were reported. The cause of the fire is under investigation. 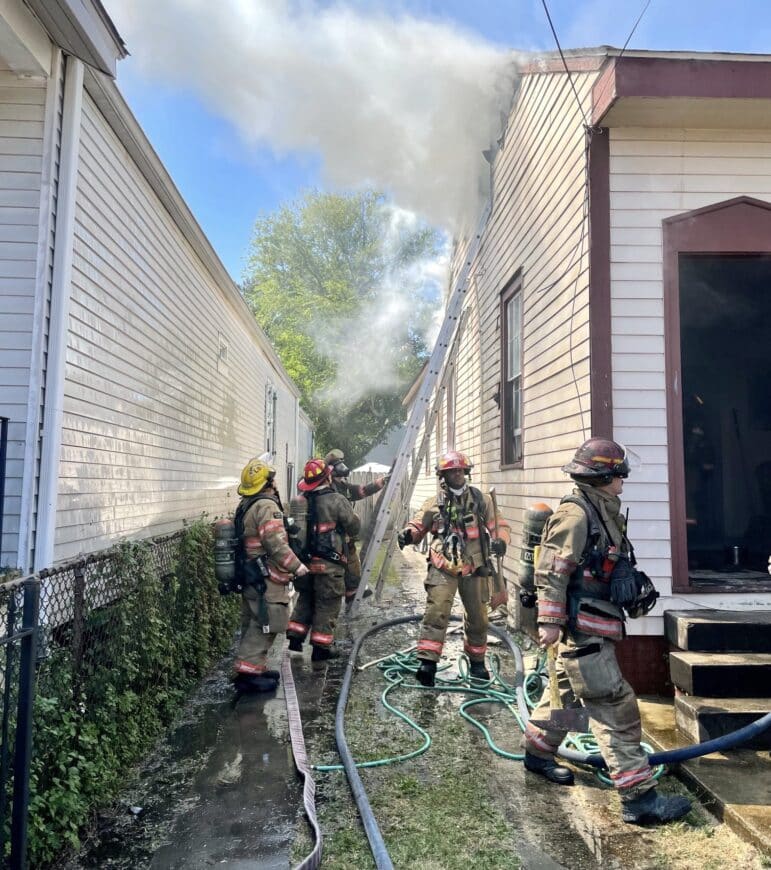 The blaze began in the attic of one of the three units and quickly spread.