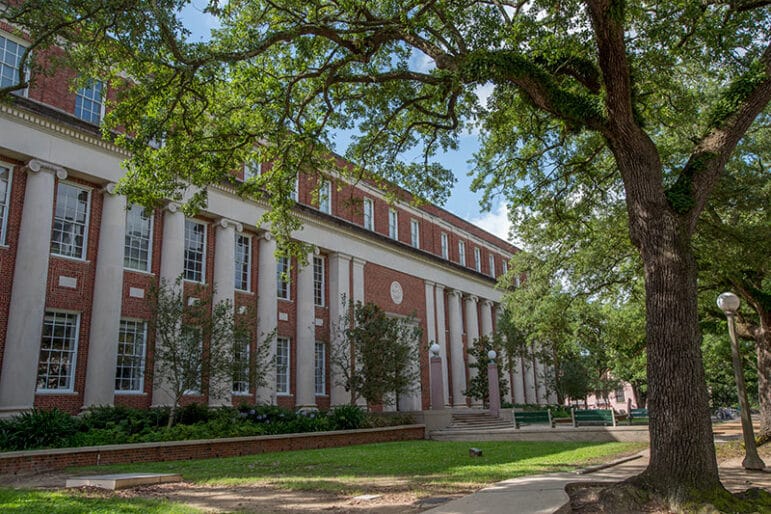 The entrance to Jones Hall as seen from Newcomb Place.

Just in time for the annual celebration of the macabre, Tulane University Special Collections will open an exhibition of its Anne Rice collection on Thursday (Oct. 27).

Absolutely Unpredictable: Anne Rice in the City of Transgression will display rare items and archival materials related to Rice and her works. The exhibition, free and open to the public, will be on display through Feb. 17, 2023, and will be celebrated with a costumes-optional reception on Thursday evening.

The materials center on New Orleans cultural touchstones such as Carnival and the Southern Gothic genre. Rice, a bestselling author known for her Vampire Chronicles, used her hometown of New Orleans as a backdrop for many of her works.

The university acquired the Anne Rice items in 2019, along those of her husband, poet and artist Stan Rice, and sister, writer Alice Borchardt. The collection is curated by Faye Daigle, Nix Mendy and Leon Miller.

Kevin Williams, coordinator for exhibits and outreach for Tulane University Special Collections, described what can be expected at the exhibit.

“For papers, we have quite a few original drafts, including an early version of Interview with the Vampire,” he said. “The story was originally called Valentine, Valentine.”

“Anne had hoped that Katherine and Jean would be her great novel,” Williams said. “Her college professors didn’t think much of it, and she never found anyone who would publish it. It’s really about her life growing up in New Orleans.”

Rice-related artifacts in the exhibit include a pre-1830 wrought-iron cross from a tomb very likely, Williams said, from the old Girod Street Cemetery and made by a free person of color.

Another display is of 19th-century plaster ceiling and molding details, displayed in small jewel cases. “You’re looking down at the plaster details, rather than having to look up,” he said. “Rice would often write about the beautiful plaster flower details on the ceilings in New Orleans buildings.”

The exhibition also includes artifacts from Storyville, the setting for Interview with the Vampire, adapted into a movie and TV series filmed in New Orleans. The only known scale model of Mahogany Hall, the famed brothel owned by entrepreneur and madam Lulu White, will be on display. Remnants from the Hall’s crystal door, pieces of wallpaper from the entrance hall, and blue books (directories of Storyville brothels) round out the exhibition.

The acquisition of the Anne Rice papers was made possible by the support of Stuart A. Rose and the Stuart Rose Family Foundation. In addition, the Marjorie Peirce Geiser and John Geiser Jr. fund provided support for the exhibition and reception. This exhibition is in memory of John Geiser II. 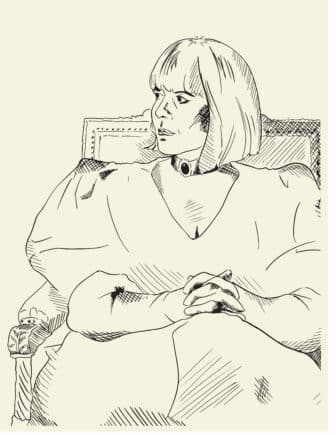 The opening reception is on Thursday (Oct. 27) from 5:30 to 7:30 p.m.
The event is free, refreshments will be served, and costumes are encouraged.