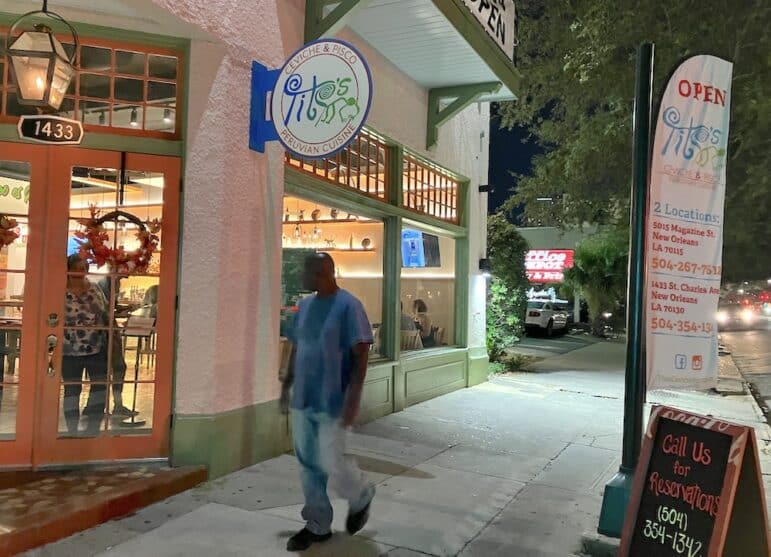 The two owners of Tito’s Ceviche & Pisco, Tatiana and Juan Lock, began searching for a second location for their Magazine Street restaurant before the pandemic. In the summer of 2020, Lock was driving down St. Charles Avenue when he saw a “for sale” sign on the St. Charles Tavern building, at the corner of Martin Luther King Jr. Boulevard.

St. Charles Tavern, a century-old 24-hour restaurant and bar that did not survive the pandemic shutdowns and slow-downs, drew regular customers from the CBD, and the Tito’s owners hope to do the same.

Not only do they have customers from the downtown office buildings, but also this location will more easily attract visitors from local hotels.

Once the pair purchased the building in February 2021, they went about the business of an almost total renovation. “We kept the original floors,” said Tatiana Lock, “but we completely demolished the existing kitchen and built ours from scratch.”

The configuration has changed as well. There is a long bar, with four-tier shelving that is lit up. The bar offerings include their signature pisco, a distilled grape brandy that is typical of Peru. Tito’s features a happy hour, and customers can also order the full menu at the bar.

There is a second-floor dining room that will serve for spillover when the first-floor tables fill up as well as for private events. There is a separate bar on the second floor as well. 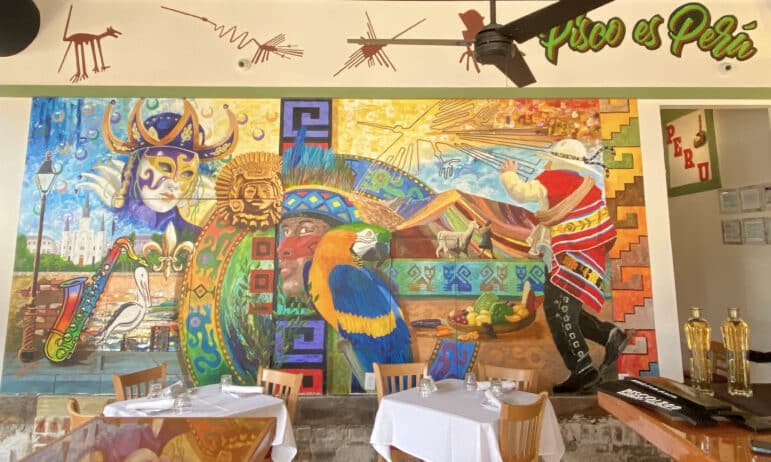 A mural by Colombian artist Roman López blends imagery of New Orleans with imagery of Peru.

The Locks commissioned a mural painted on a back interior wall that faces St. Charles Avenue. The scene by Colombian artist Roman López blends imagery of New Orleans with imagery of Peru.

In the future, the Locks envision having a daily special that might be different at each branch. Also, to play to the downtown lunch crowd, they may feature a lunch special.

“We will be planning our specials and upcoming menus depending on what is available in the area,” Juan Lock said. “It is important to us to source locally.”

Both owners go back and forth between the two locations to keep things on track. They also have brought on a new manager at the St. Charles Avenue location and shifted some of the experienced Magazine Street staff to the Lower Garden District as well.

“Our main ingredient is staff. And our secret is training – and more training,” Tatiana Lock said,  “and making the employees invested in and proud of what they do. This way, we have been able to retain long-term staff.” 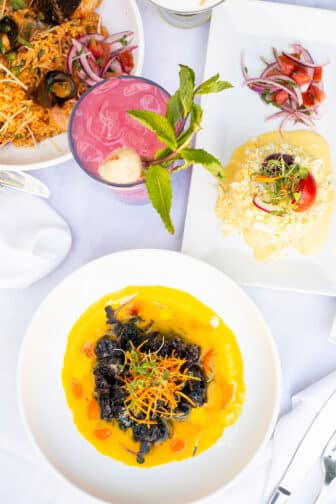