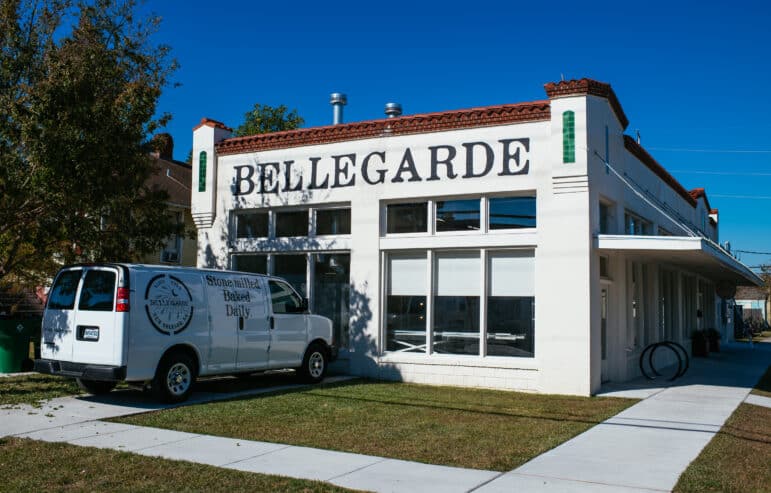 Bellegarde Bakery, named for what was possibly New Orleans’ first bakery (established in 1722), has joined the small but growing ranks of cooperatively owned and run businesses in New Orleans.

The acclaimed bakery at 8300 Apple St. in Hollygrove was founded in 2012 by Graison Gill with a mission to produce high-quality naturally fermented breads made with flour milled in-house.

After 10 years, Gill announced his intent to move to London to start a new bakery there. Rather than sell the New Orleans business, he and his team worked to orchestrate a transition to a worker-cooperative model.

Worker-owned cooperatives are run differently than most businesses. Eligible workers are also co-owners of the business; people working on the floor are building equity as the company makes a profit and are part of the decision-making processes. This gives the worker-owners an unusual degree of control over their workplace.

Worker owned cooperatives are not a new concept, nor are they new to New Orleans. However, a dearth of worker cooperatives in the United States (around 1,000 or less estimated in the country) has made Orleans Parish no exception. There are only a handful of cooperatively owned businesses in town. Several, like Pagoda Café and Velveteen Lounge in the Bayou Road area, are transitioning to cooperative ownership.

At Bellegarde, the talks of worker ownership began in early 2021. After feasibility study with Project Equity, which looked at the bakery’s finances and debt capacity, they decided that we were able to move forward with the transition.

Full-time workers are eligible to become owners after one year with Bellegarde. All five eligible workers opted into the process. 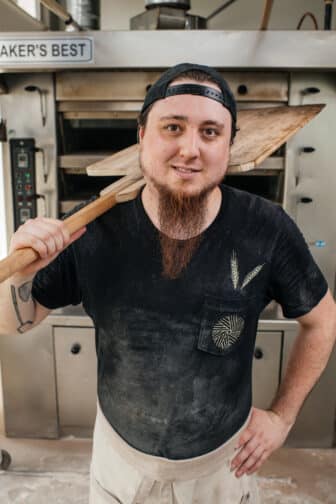 “I remember walking away [from the initial meeting], feeling super excited,” said lead bread baker Alex Valore, who has worked at the bakery for about five years. “A little anxious because, you know, it’s something I’d never even thought of the direction our business going, but it was definitely a positive excitement.”

Valore and other workers said the bakery already had a fairly democratic decision-making process.

“We were already kind of making most of those decisions ourselves as employees,  kind of how we wanted things to run on the bakery,” Valore said. “Larger scale decisions, at that point in time [pre-cooperative transition], weren’t necessarily agreed on by all of us.”

Valore said that he had thought of one day possibly owning a business, but that he’d thought of it as a “far off” goal. Now he and his co-workers can decide the direction of the business as partners.

“All of us [can] collectively decide where we want to take the product, whether we want to accept a new wholesale client, or if we want to expand a certain range of products we’re selling in our retail store,” Valore said. 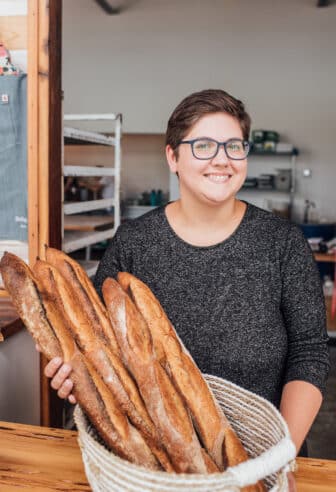 Mollie Sciacca, Bellegarde’s general manager and a worker-owner, was involved with the planning process for the transition. A New Orleans native, she also has worked at the bakery for five years.

“After doing the feasibility study last summer, we got the rest of the team involved. That was probably November of 2021,” she said. “And then we really kicked off and started moving along quickly right after Mardi Gras.”

Coincidentally, this was around the same time that the Maple Street Starbucks workers began organizing for their union. After a National Labor Relations Board-supervised election this summer, it becoming the first unionized Starbucks in Louisiana. While unions are distinct from worker co-ops, both allow workers more control over their workplaces and wages.

“The easy part was finding out that everybody was really excited to participate,” said Sciacca, She expects the cooperative to have two more members in 2023, in addition to the five current members.

Sciacca said that the business worked with a financial institution called Mission Driven Finance for the project, which takes on socially responsible oriented businesses and nonprofits as clients.

The worker-owners did not have to take on debt personally to become owners, although they are paying a buy-in fee that is spaced out over time.

One of the challenges for the process, Sciacca said, was finding a lawyer who was well-versed in Louisiana law and cooperative law.

“It took a lot of research on our lawyers and to make sure that everything was done correctly and by the laws of Louisiana. And then the next hurdle was finding a CPA that was familiar with co-op accounting,” she said. 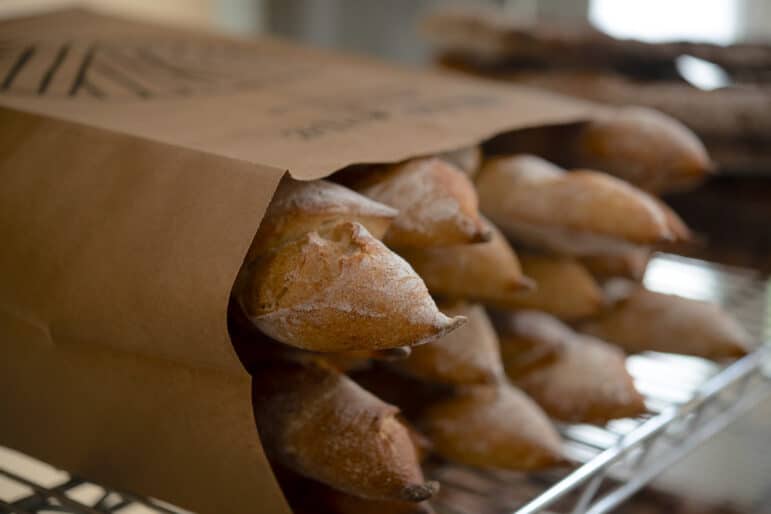 Sciacca pointed out that, though all full-time employees are eligible to join the cooperative, participation is not mandatory.

“If you decide not to join, you would just continue to be a regular employee and receive your PTO and medical insurance and all of that,” she said. “You just wouldn’t have the vote and you wouldn’t be eligible to receive any patronage.”

With their accountants, the new worker-owners have devised a budget that will allow them to create and maintain an emergency fund, as well as a goal balance for their worker capital accounts.

“And once we meet those thresholds, then employee-owners would be eligible to receive that dividend based on the patronage formula that our accountant that we work on with our accountants,” Sciacca said.

Both Valore and Sciacca mentioned that worker owners can also leave the business if they choose. However, the business will still have several worker-owners to continue the enterprise, rather than facing a change of management or sale.

“We all have very important goals with the bakery, and we all take our work very personally and have a lot of pride,” Valore said. “And so if any of us left, I think it would be a bigger loss to the members on a personal level than on any kind of financial or business level.”

Though the internal structure has changed, both Valore and Sciacca were quick to point out that the high-quality breads and pastries that their customers have come to expect will not be changing.

“All of our customers that have been coming in are very excited. They, of course, are wondering if anything’s changing,” Sciacca said. “Our customers aren’t going to see any change on their end. Customers that come into the store and the grocery stores or restaurants that we work with — they’ve all been very positive and encouraging about us all being in charge now.”