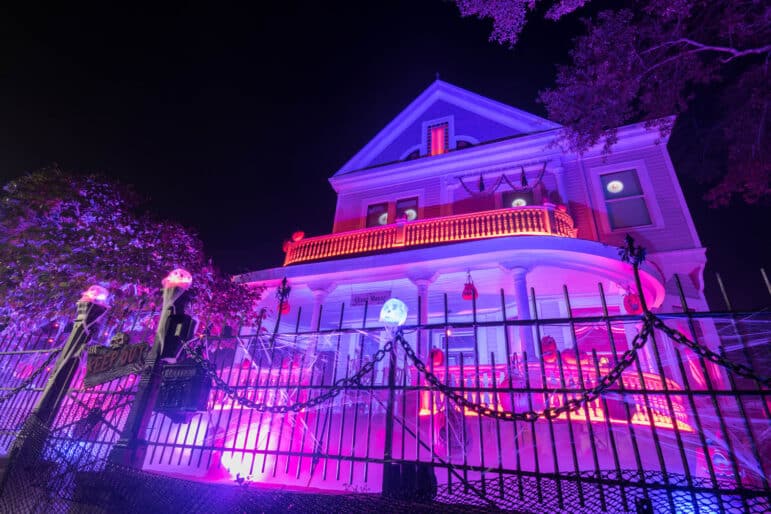 Ghost Manor on Magazine Street is back with two new Broadway-style vignettes this Halloween season. David Gentry, who creates the Halloween extravaganza, prefers that it not be referred to as a light show — as it’s so much more.

The spectacle is an immersive theme-park-inspired theatrical show with coordinated animatronic characters, special effects and elaborately orchestrated performances that celebrate the magic and whimsy of Halloween with singing skeletons, dancing zombies, flying ghosts and other creatures.

“I like to think that this is what ghosts and ghouls do after they get home from their jobs haunting people,” Gentry said. “My place is like a speakeasy for ghosts to unwind and entertain themselves.”

This year’s light, music and animatronic dancing skeleton sequences feature two distinctly different new shows. One is a dance sequence based on Irving Berlin’s 1920s show tune “Puttin’ on the Ritz” (see the video above). The other is an homage to the Charlie Daniel’s 1980s-era country music hit “The Devil Went Down to Georgia.”

For the country sequence, skeleton “Johnny” has donned a cowboy hat, overalls and boots, while three demons in the band actually play along to the music. And, of course, there’s a golden fiddle so he can rosin up his bow.

Favorite “Bohemian Rhapsody” and ‘This is Halloween” also featured this year in the seamless theatrical play that is Ghost Manor. Each show flows into the next, with no waiting in between. 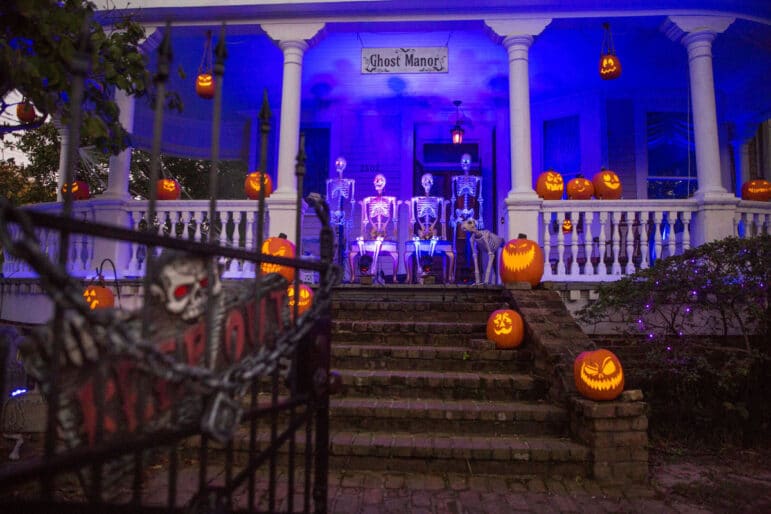 The show takes place in the windows, porches, balconies and yard of the Victorian house.

Gentry says he likes to change things and offer something new every year. After the creative spark, he said, it’s more about the edit — taking facets of other shows away to make sure the themes match the lyrics.

“I would never put a ghost next to a vampire,” Gentry said. “It doesn’t make sense.”

This year marks the 10th anniversary of Ghost Manor. Gentry and his wife Jennifer — his tolerant assistant in charge of the electronics that make the complicated 60-plus Halloween pumpkins dance and sing — are celebrating a decade of Halloween theatrics in the Garden District.

The show takes place in the windows, porches, balconies and yard of their white 1892 Eastlake Victorian corner house. Gentry said he has spent thousands of dollars working on his robots and the equipment required to put on the show. He says his goal is to create a spectacle not unlike Disney’s animatronics of the 1980s.

It is astonishing that he has taught himself how to build the dancing skeletons, then choreograph and design their movements to the music’s exact beats. A tango aficionado, he said his background in dance inspires him. 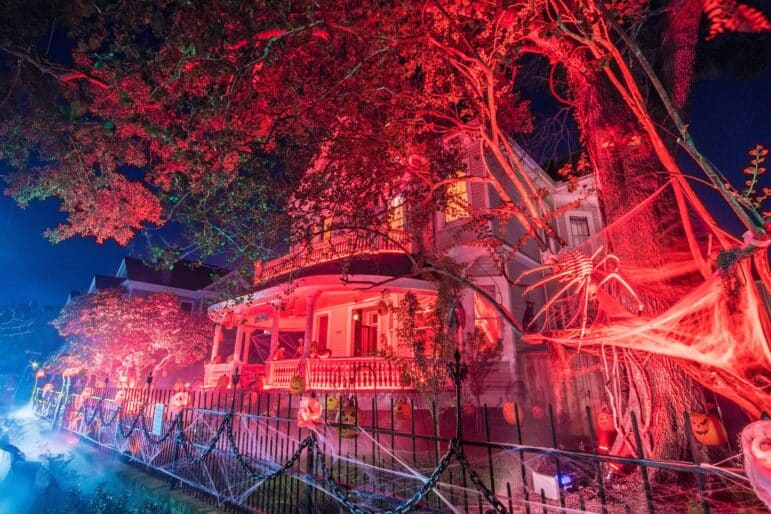 This year marks the 10th anniversary of Uptown’s Ghost Manor.

While many locals float the myth that Gentry is a transplant who works in the movie business, he’s a transactional attorney and a local New Orleanian.

This week found him frantically repairing a fogger that went down, bypassing electronics, and adding new lighting elements with a few hiccups. He says he turns into a vampire during the Halloween season, configuring new lighting designs at 3 a.m. when no one else is around. He works late because he doesn’t want his experiments to be videotaped and blasted across social media.

Such is the fame of Ghost Manor. A movie crew from France recently filmed a short documentary on the spectacle to air in Europe, and its popularity across all social media platforms continues to grow.

However, it’s the crowds themselves that Gentry enjoys the most. He can be found milling about and learning how new performances and features are discussed, appreciated and, most importantly, critiqued. It’s this feedback that goes into brainstorming and planning for the following year’s entertainment.

Gentry said he expects more than 1,000 visitors to the house during the 2022 spooking season. 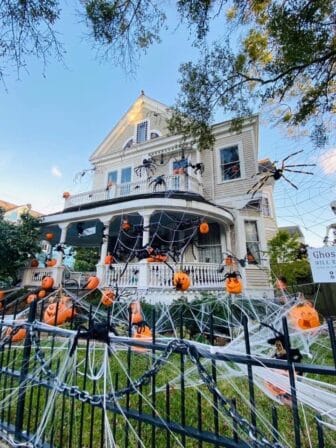 Ghost Manor
Corner of Magazine and Second Street
Every night until Oct. 31
6:30 to 10 p.m.