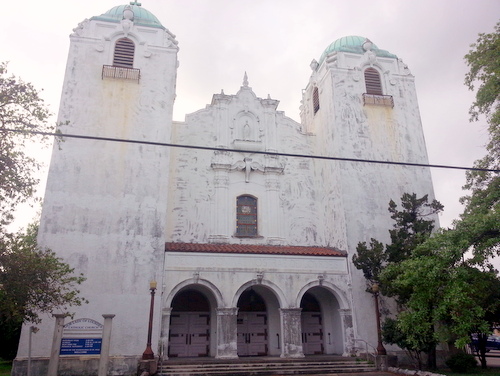 Plans are in the works to turn the long-dormant Our Lady of Lourdes church on Napoleon Avenue into a reception hall and event venue.

The project is in the early stages of development — so early that the developer named in a letter informing neighbors about the plans, Arts Design Hospitality + Development, is not registered with the state.

“The LLC has not been formulated yet,” said Zach Smith, a land-use consultant working with the developers. “But eventually we have two individuals who will comprise that group.”

David Fusilier, a contractor with Perle Construction, and Doug Cloninger, director of Amicus Investment Holdings, plan to purchase and renovate the century-old building, listed at $1.25 million. 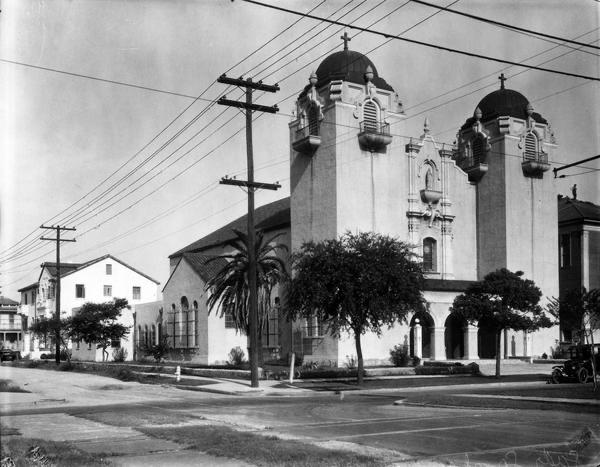 Our Lady of Lourdes in an undated photo taken not long after it was built in the 1920s.

The church anchors the uptown-lake corner of the square block bounded by Napoleon, La Salle, Jena and Freret. Also on the square are the rectory and a former school, a separate property slated to become affordable housing for older adults.

Though vacant since Katrina, the church building has experienced its share of drama.

Mass was last celebrated in Our Lady of Lourdes in August 2005. It withstood floodwaters from the levee breaches that followed Hurricane Katrina, but was shuttered as the archdiocese consolidated parishes and closed churches.

Not long after Our Lady of Lourdes was deconsecrated and put on the market, a group called 616 Girod LLC came in with plans to turn it into an Uptown opera center. The future looked bright as architects drew up plans and builders began work on the adaptive reuse of the former house of worship.

About a year in, the work abruptly stopped. The project’s principal financial backer, First NBC Bank, was shut down by regulators. Then its principal developer Greg St. Angelo, a former First NBC attorney, pleaded guilty to bank fraud.

Our Lady of Lourdes ended up in the hands of the Landis Construction, which held a contractor lien on the property.

After subdividing the land and converting the rectory into offices, Landis sold that building to Bellwether Technology in May. Bellwether, a New Orleans based IT firm, plans to move its headquarters into the La Salle Street building. 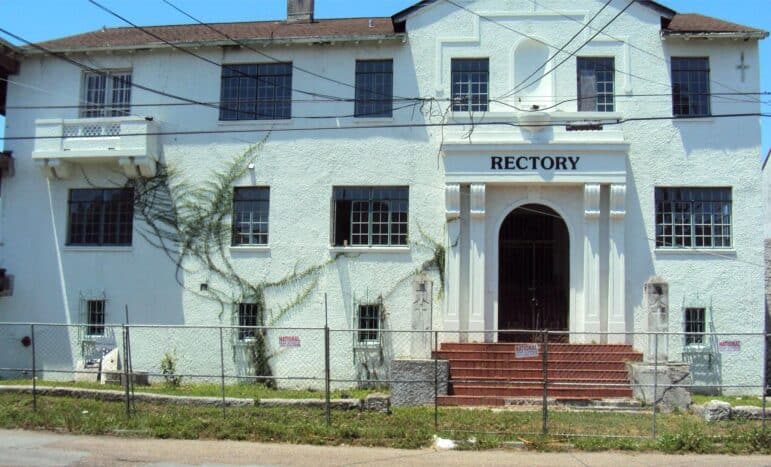 The Our Lady of Lourdes rectory, 4423 La Salle St., is being converted to offices for Bellwether Technology.

The nearly 12,000-square-foot church building went on the market in June 2021. The pews, statuary and baptismal font removed, the building was “primed and ready for historic tax credit renovation,” as the listing stated.

Fuselier and Cloninger plan to use historic tax credits for the renovation, Smith said. He also noted that Fuselier has experience in large historic renovation projects.

Cloninger’s work with Amicus also includes conversions, but of a more controversial variety. The national company based in New York specializes in a student housing concept known locally as “doubles to dorms.” Amicus owns and operates 11 D2Ds in New Orleans, according to Town of Carrollton Watch, a watchdog group that tracks Uptown developments. 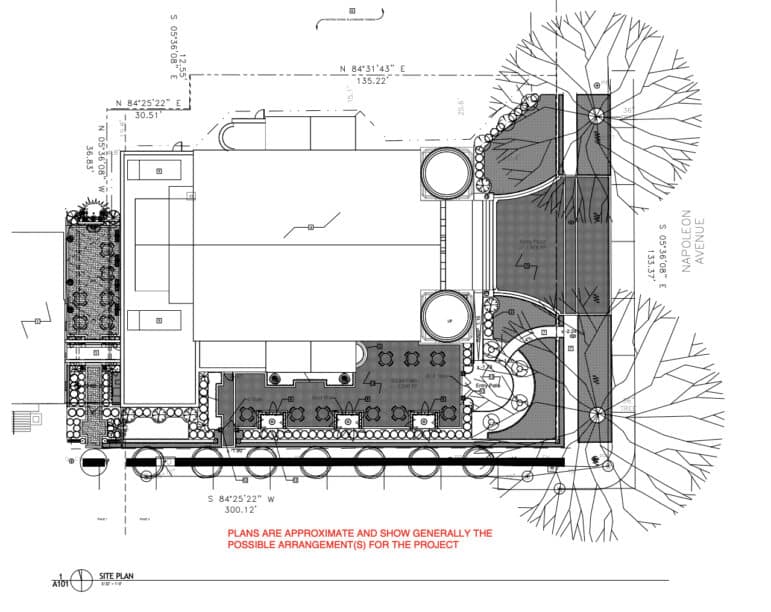 The Our Lady of Lourdes project involves two conditional use requests: One is for the change of use in converting a place of worship into a reception hall. The other is for commercial use of property with more 10,000 square feet of floor space. The property is zoned for historic urban mixed use (HU-BU).

“I look at it as a very successful NPP,” Smith said, “in that people were able to come with real questions based on seeing a real plan upfront.”

The neighbors came with concerns over parking congestion, vehicles loading and unloading near their home, and the potential for litter, late-night activity and noise.

Smith said the group is trying to secure the use of additional parking spaces nearby. “We are 100% fully invested in finding ways to resolve and mitigate parking to the maximum extent feasible,” he said.

They are also working on plans to keep loading and unloading on Napoleon and off of La Salle and to create a buffer. The renovation will include soundproofing, Smith said. Noise and litter abatement plans will be added to the provisos, a list of requirements for the conditional use, and the developers said activities will end by 11 p.m.

The Our Lady of Lourdes proposal will next go to City Planning Commission for a hearing before the City Council makes a final decision. 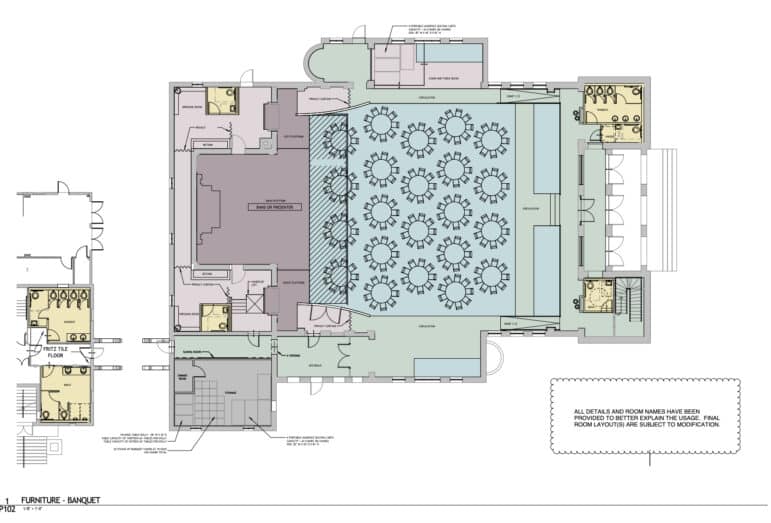 Floor plan for 2400 Napoleon Ave., set for a banquet