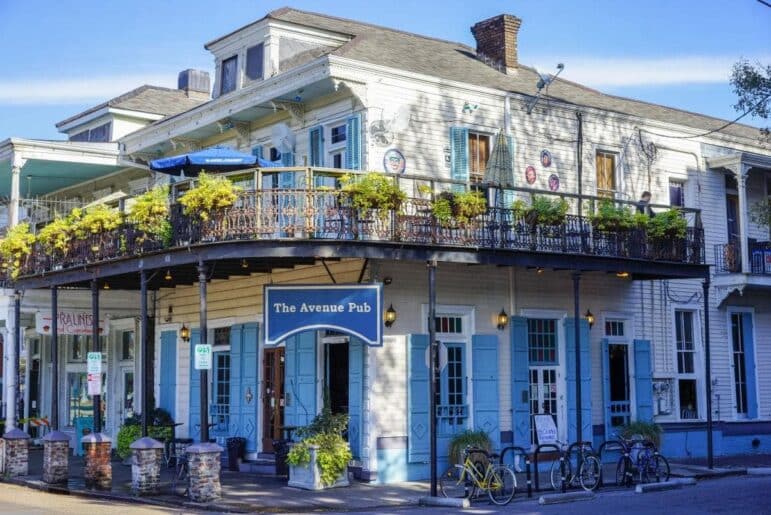 The Avenue Pub has new owners. Blue Oak BBQ founders Ronnie Evans and Philip Moseley have teamed up with the owners of the Frenchmen Street bar The Rambler, Steve Jeffcoat and Ryan Noland, to purchase the Pub in early September.

The longtime St. Charles Avenue spot for beer, bourbon and bites is currently closed for renovations and will reopen sometime this month.

Former owner Polly Watts helped her father, Duane Watts, open the divey 24-hour beer hangout in 1987. When she took over the neighborhood bar after her father’s death, Watts refined and expanded the beer and whiskey menu, putting the bar on the map as a destination for craft beer connoisseurs.

Since Watts took over the Pub, the New Orleans beer scene has exploded with breweries dotting the local landscape and other bars focusing on their craft beer selections.

The Pub was also the local headquarters for Zwanze Day. An international celebration in which Belgian brewery Cantillon releases kegs tapped at select locations worldwide. The Pub has hosted the event since its inception in 2011.

During the pandemic, Watts navigated the new landscape, determined to pay her employees a fair working wage and provide a safe space for customers. The Avenue Pub switched to table service and expanded its food menu.

In February, the Pub made the list of semifinalists for the James Beard Foundation award for Outstanding Bar Program. Then, in August, Watts put the building and the business up for sale and announced her retirement. 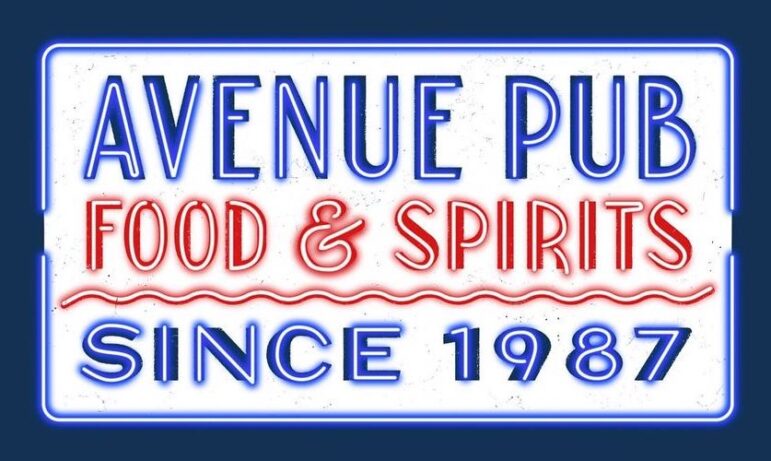 The new owners have redesigned the logo

When the bar was listed for sale, Ronnie Evans said, he and his team jumped at the chance to make the purchase.

“The Pub has always been on our radar, and we never thought we would have a chance to purchase it,” he said. “It was a spontaneous decision. We thought that it was such an iconic building and business that we couldn’t pass it up.”

The Avenue Pub is temporarily closed so the new owners can put some new touches on the spot. Plans include more televisions, so that the bar can become a game day spot for , Premier League soccer, Formula One, World Cup and other sports as well as Saints, Pelicans and LSU games.

“We’re going to do some painting and bring in new furniture,” Evans said. “We’re not going to add so many TVs that it’s an ‘in your face’ sports bar, but we want to have access to sports.” 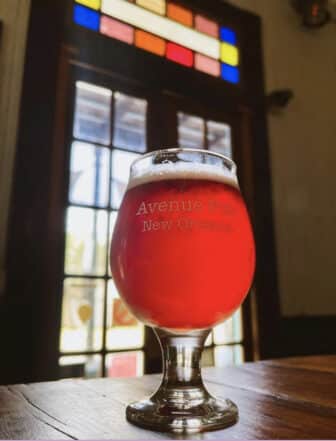 Patrons will continue to find their favorite beers

The beer menu will mostly stay the same, he said, although they will be adding a few more local and international beers and cocktails.

Evans and Moseley have big plans for Avenue Pub’s food menu. The focus will be pub fare with a Blue Oak twist, which means lots of meat.

“When Blue Oak started in 2012, our focus was bar food with a barbecue spin,” Evans said. “That’s what we’re going back to, with a little more sophistication.”

The duo plans to include tater tot poutine fried in Blue Oak’s beef fat with toppings such as brisket gravy and cheese curds. Other selections will include stuffed boudin balls, Blue Oak’s spicy chicken sandwich, fried shrimp tacos, burgers, surf and turf po’boy and smoked chicken wings with a selection of sauces.

While the new owners aren’t going to rush back to a 24/7 schedule, Evans said that the bar will be open late and will open early for specific sports events.