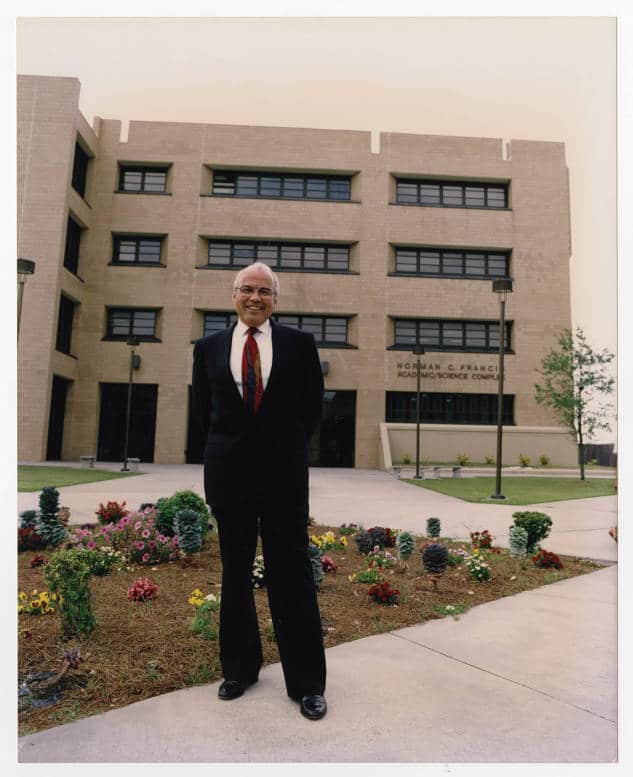 “We knew he was destined for something, because he had all the qualities of a leader,” said the city’s former First Lady Sybil Morial about her friend and college classmate Norman C. Francis. A courageous civil rights icon, chairman of Liberty Bank, original investor in the Saints, and former president of Xavier University, where he served with honor and distinction for 47 years, Francis is the subject of a new documentary on WYES-TV that will premiere Tuesday (Sept. 27) at 8 p.m.

Produced by WYES Executive Vice President Dominic Massa and moderated by Sally-Ann Roberts with Thanh Truong, the documentary is filled with interviews from key community leaders, including former Tulane President Scott Cowen and former Mayors Marc Morial and the late Moon Landrieu, as well as members of the Francis family.

Born into a working-class family in Lafayette, Francis was steeped in the Catholic faith and the importance of receiving a good education. The nuns at Lafayette’s St. Paul High School saw Francis’ potential and arranged a work scholarship at Xavier University, where he excelled as class president the first three years and student government president the fourth. 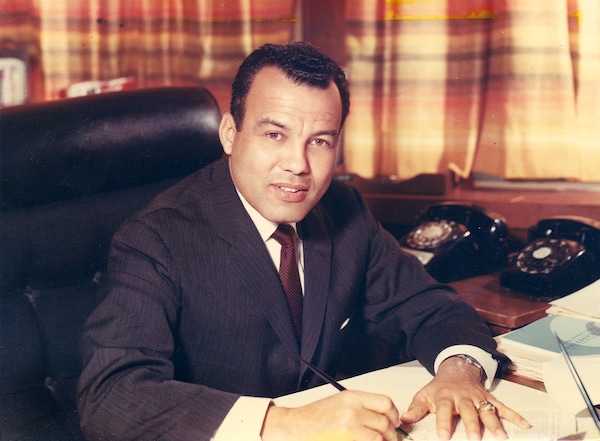 Francis in his office at Xavier, where he served as president from 1968 to 2015

Francis then broke barriers as the first Black student at Loyola Law School and served among the era’s other great civil rights lawyers until he determined that his destiny lay in creating opportunities for the next generation through higher education.

In the documentary, Francis discusses the frequent obstacles he faced as a young man in the segregated South and the accomplishments he was able to achieve. “Our production team did a masterful job of condensing Dr. Francis’ amazing life into just one hour,” Massa said. “He has touched so many aspects of life in not only this community but the entire country as a ‘superstar in higher education,’ as former Tulane president Scott Cowen calls him in the documentary.”

The film also covers Francis’ history in the Civil Rights movement, in Catholic education and as a founding investor in the New Orleans Saints. “He has touched so many parts of this community, it really is something to behold,”  Massa concluded. “We are very proud that we are able to bring his story to an audience who may know his name or his 47 years at Xavier but not know the depth of his contributions.” 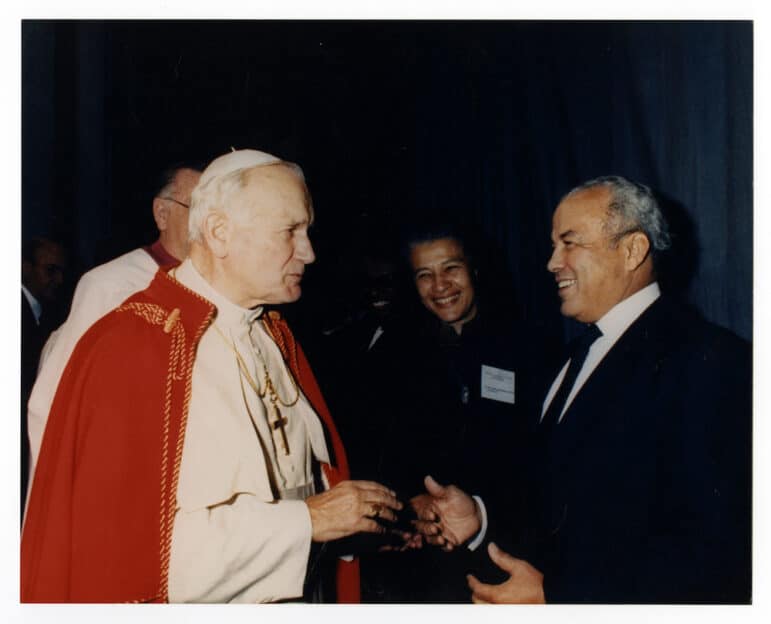 The Norman Francis documentary is just one of several WYES has created this year on local subjects. Others include “Irma: My Life in Music,” about Soul Queen Irma Thomas, and “Founded on Friendship and Freedom: The National WWII Museum.” A major national WYES series currently in production is “The Dooky Chase Kitchen: Leah’s Legacy,” slated to air next spring. Past documentary subjects include legendary New Orleanians Tom Benson, Dr. John Ochsner and Blaine Kern.

Funding for these specials and other weekly productions such as “Steppin’ Out,” “Informed Sources,” “Wall Street Wrap-Up” and Chef Kevin Belton’s nationally broadcast cooking series is derived from events such as the Station for All Seasons Gala on Friday (Sept. 23) at the Four Season’s Hotel.

Co-chaired by perennial fundraisers Anne and Edmund Redd along with Karen and Henry Coaxum and Stephanie and Ryan Burks, the gala is presented by the Oscar J. Tolmas Charitable Trust and will feature Deacon John and the Ivories. Tickets are almost sold out. Interested donors can still participate by bidding on items donated to WYES for the gala’s online auction.

WYES introduced its beloved Showboat Auction as a televised fundraiser in 1967, 10 years after the station signed on. In recent years it shifted to an online auction, which has been enormously popular. This year’s auction includes more than 100 items, to fit any budget. Up for bid are vacation and staycation packages, works of art, jewelry, home décor, and local experiences such as a ride in next year’s Krewe of Orpheus parade, Pelicans tickets and lunch at Antione’s with author Walter Isaacson. Online bidding ends Sunday (Sept. 25) at 9 p.m. when the boards close. Attendance at the gala is not required to participate in the auction.

With the proliferation of streaming services like Netflix, it is gratifying that New Orleanians still strongly support quality public television channels like WYES-TV.

Supporters of Geoff Gates, a candidate for Municipal and Traffic Court Judge, Division E, will meet for a fundraiser tonight (Thursday, Sept. 22) at 637 St. Ferdinand St. in Baton Rouge.