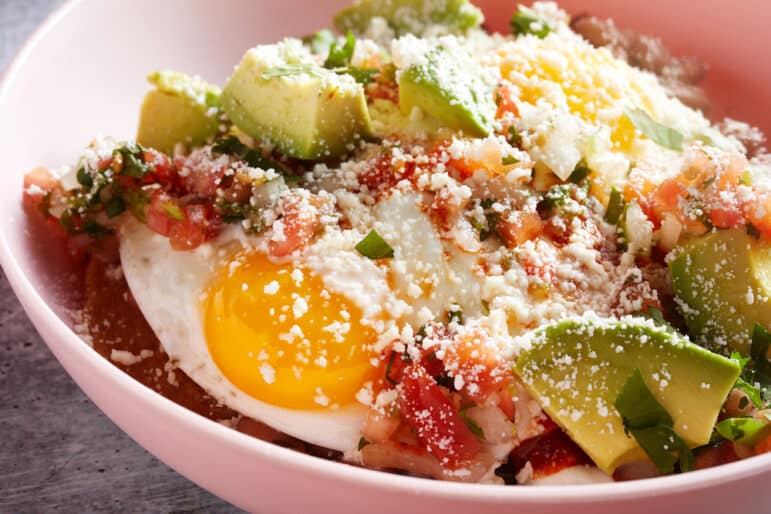 The mid-century modern café on the Freret restaurant corridor looks like it would be more at home in Palm Springs. But Vals’ retro California vibe extends further than the décor. What’s drawing attention now is its weekend brunch.

The Latin-inspired menu pays homage to the deeper roots of chef Alfredo Nogueira. Self-taught in the culinary arts, Nogueira points to his childhood family table as inspiration. Both of the New Orleans native’s parents are from the Republic of Cuba.

The chef, who was raised in New Orleans, also pays homage to the city’s traditional Creole “lost bread” and his own heritage through his Horchata French Toast.

There’s also a Pueblo inspired pork cemita sandwich with chipotle mayo, cheese, pickled onions and avocado. Not to be forgotten, the café’s taco specialty is honored with chorizo and potato breakfast tacos.

Most mornings, the man who helms the cooktop is currently enamored with the breakfast burrito of bacon, beans, avocado, eggs, Chihuahua cheese, crema and potato. Something as simple as the breakfast potatoes are served with crema, cilantro, onions, Cotija and chipotle aioli. 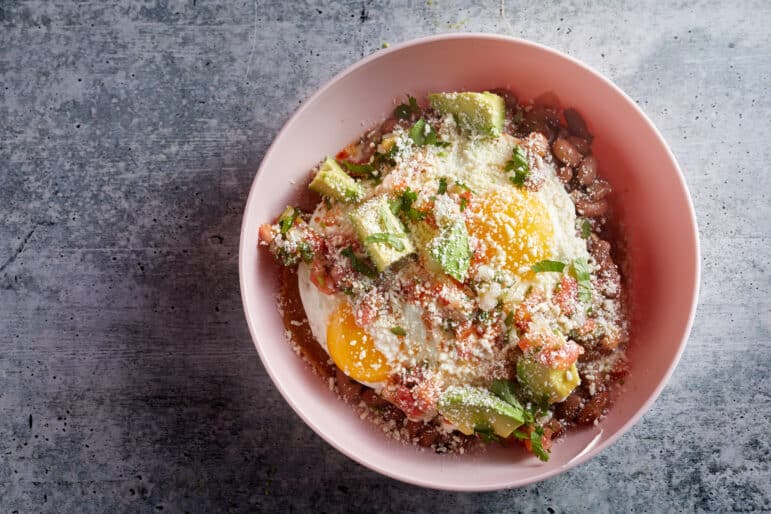 “But I’m also a big fan of the avocado toast,” Nogueira said. Avocado toast is listed as a small plate served with pickled vegetables, salsa macha and grapefruit. Also available are fresh fruit cups and the favorite house churros served with a chocolate dipping sauce.

Brunch cocktails from the same professionals who earned Cure its reputation as a nationally recognized bar are not an afterthought at Vals.

“We actually make a Bloody Maria that uses tequila instead of vodka,” said co-owner Turk Dietrich. “But we also use Clamato instead of tomato juice and a combination of Mexican hot sauces with some Maggi thrown in for some added meaty, umami vibes.”

Another brunch drink option is the Michelada, a combination of hot sauces, chamoy, tajin seasoning and beer. This is one of Dietrich’s all-time favorite drinks. There is also a Hibiscus Mimosa.

The current iteration of the drink menu contains a combination of classics and some signature cocktails, which were created by Dietrich and the restaurant’s bar lead, Alex Palumbo Green. Future versions of the drinks menu will contain more signature drinks created by the team. 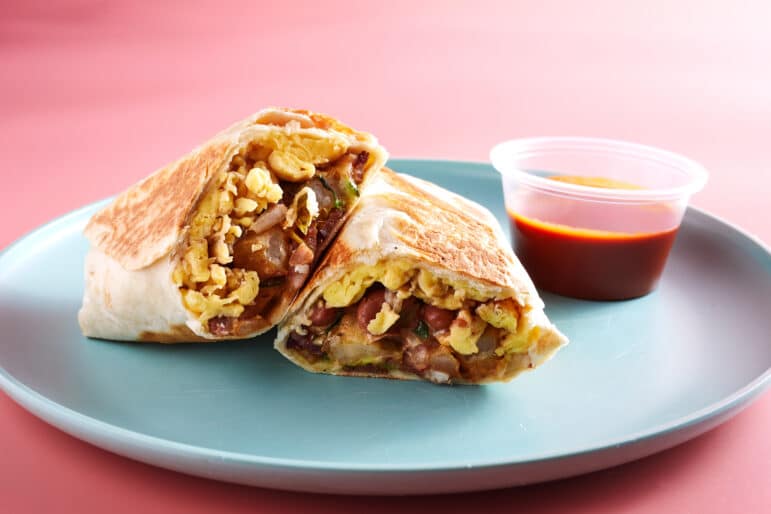 The Birria ‘brisket’ Burrito with beans, rice, and guacamole.

When asked, “Fredo,” as Nogueira prefers to be called, waxes nostalgic over childhood memories of his grandmother’s stove. He still counts his mother’s home-cooked arroz con pollo as his all-time favorite meal.

Today, that family influence leads to constant experimentation in the offerings of Vals’ weekly and ever-changing tamales and specials. Recent additions included a tostada-tuna tartare with salsa macha, avocado mousse and sesame seeds.

Nogueira states his journey to the kitchen was nontraditional. “I started with catering small parties, then to a small pop-up in Chicago,” Nogueira said. “That grew to a chef’s gig at a hip Chicago bar that slingshot my career.”

He and co-owner and longtime friend Dietrich dine at Vals daily, Nogueira said.

“We mostly eat the chicken tacos and the Caesar salad with anchovies and beans, which are overlooked, but probably our favorites,” Nogueira said.

Vals opened a few weeks into the pandemic in the summer of 2020. They started with a limited menu centered on high-end Margaritas and gourmet tacos.

Since then, the menu has expanded as the local dining scene has slowly returned post-lockdown. Additions to the original menu include a birria quesadilla, Tijuana Caesar salad and a queso fundido. Tacos are still a mainstay, but ‘non-tacos” (as the menu reads) include elote, shrimp cerviche, an artisan pickle plate, quesabirria, flan and tres leches.

Vals offers $5 Margaritas on Monday nights and $2 tostadas on Tuesdays. 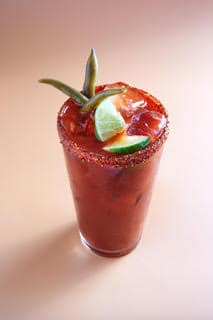