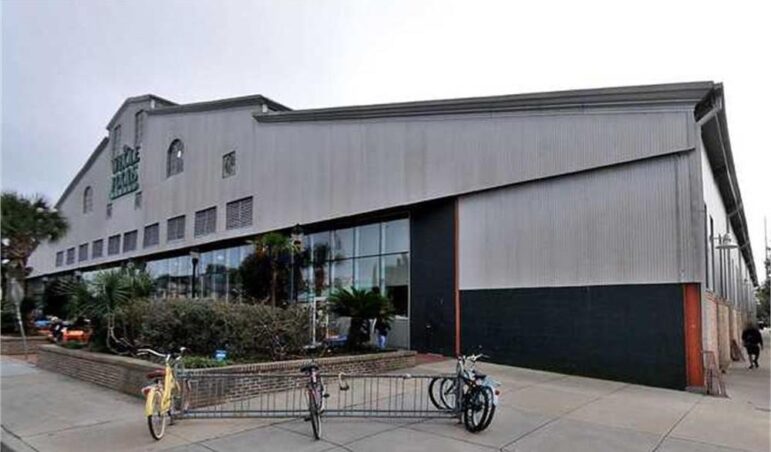 A New York investment group has purchased Arabella Station, the home of Whole Foods Market on Magazine Street, for $31.4 million, property records show. Whole Foods has a long-term lease on the former bus barn and is expected to remain.

The property that takes up the entire block at 5600 Magazine St. was purchased by DK WFNO, a limited liability company operated by Debra Kalimian. Kalimian runs D&R Holding and A&R Kalimian Realty out of offices in Manhattan, records show.

The real estate listing also described the property as an NNN, or triple net, lease investment. In these agreements, the tenant pays all expenses — property tax, insurance, maintenance — in addition to rent and utilities.

The property was owned by Arabella Station LLC, operated by local developer Christopher Sarpy, who purchased it from the city in 2001. Whole Foods opened on Magazine Street in December 2002.

The steel-frame building with brick side walls was constructed in the early 1890s to house streetcars. The tracks were removed in 1948, as buses replaced the city’s streetcars. It became known as the Arabella bus barn.

By the time the bus barn was placed on the National Register of Historic Places in 1995, it had sat empty for 10 years. In its analysis of the Arabella Station, the National Park Service stated: “The building is an excellent example of industrial buildings of the 1890s and of the carbarns erected as a result of the tremendous expansion of transit service following the introduction of the electric streetcar at that time. The great roof and gable ends are particularly impressive.”

Sarpy Hixon Development recreated the building in its original form, according to Sarpy Development, using many of the materials dating back to 1891.