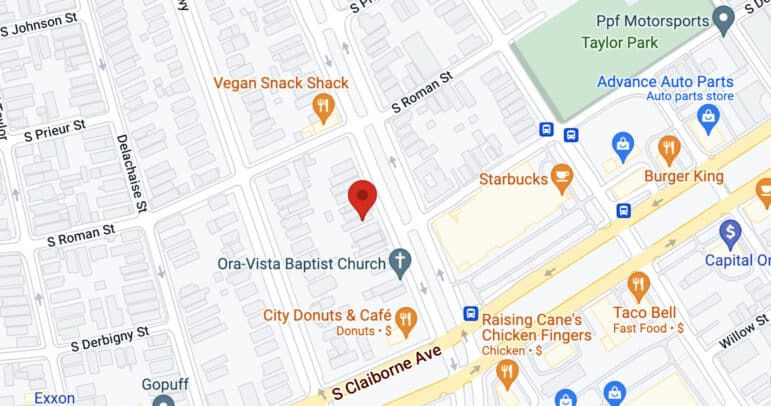 A man was shot to death on Friday (Sept. 9) on Toledano near South Claiborne Avenue, the New Orleans Police Department reported.

At about 7:40 p.m., Sixth District police officers found Wilbert Smith, 61, lying in front of a house in the 3000 block of Toledano Street. Smith was unresponsive and had suffered a gunshot wound. Medical responders pronounced him dead on scene.

This report was updated Sept. 12 with the victim’s name.