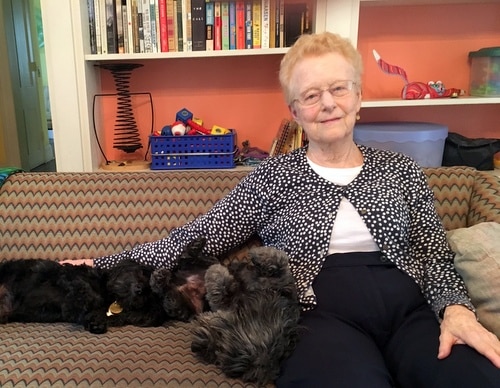 Uptown resident and long-time philanthropist Mary Keller Zervigon, who died Aug. 27 at 83, will be memorialized and celebrated Saturday (Sept. 10).

Columbus asked Zervigon, the daughter of civil rights activist Rosa Freeman Keller, if public service ran in her veins. “What else was I to do?” Zervigon replied. “It was the way we grew up,” noting that her mother had set up the city’s school integration campaign in their backyard.

She was a lifetime advocate of education as a force of change, especially at the preschool and grammar school level. “We have to start early to break into the cycle of poverty with good preschool, good nutrition,” she told Columbus.

As the granddaughter of A.B Freeman, who led the Louisiana Coca Cola Bottling Co., Zervigon was born to wealth as well as to a tradition of civic activism. Zervigon told Columbus that she wasn’t adept at tennis or golf but found her calling in helping bring solutions to the city’s problems. “There’s just not enough money here to solve all the issues,” she said. “Education from the bottom up is an important key to success.”

Zervigon was a founder and former president of the New Orleans Charter Science & Math High School, or SciHigh, an open-enrollment public school training students for a high-tech future. She served on the school’s the governing board until the end. “I worry about the country. We are so science illiterate,” Zervigon said in 2018. “It leaves us open.”

Just as her mother was long associated with Dillard University, Zervigon spent decades working with Xavier University. She remained a member of the university’s Board of Trustees until her death, according to a NOLA.com obituary.

Zervigon raised five children as a single mother while graduating from Loyola University Law School and embarking on a government career. She worked as an aide to Mayor Moon Landrieu, as director of the city’s Transportation Department and as a lobbyist for the city in Baton Rouge. Until her death in August, she was president of the Board of Liquidation, City Debt.

Zervigon was a rare female delegate to the 1974 Louisiana Constitutional Convention at the age of 35 and chaired the Louisiana Tax Commission from 1988 to 1992. She gave selflessly of her time, expertise and money throughout her long civic career and remained active into her 80s.

The non-denominational celebration of Mary Zervigon’s life will be held at Felicity Church, 1220 Felicity St. The reception will start at 9 a.m. followed by the memorial services at 10 a.m. See here for more information.