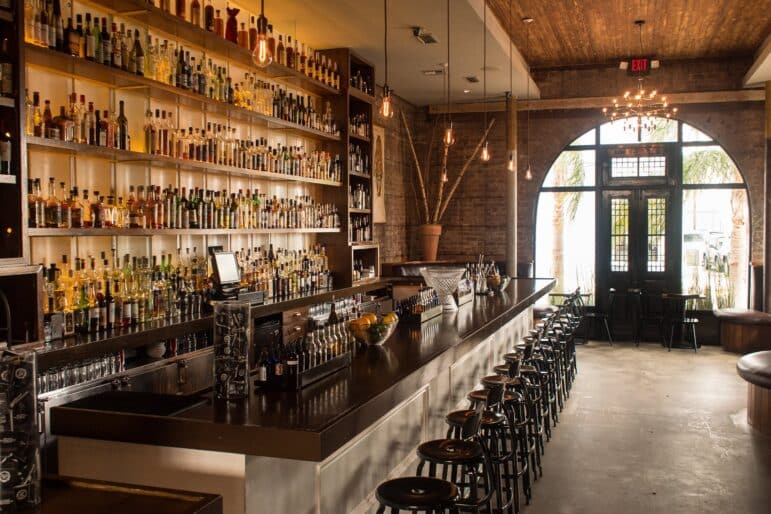 Cure: New Orleans Drinks and How to Mix ’Em, a book by mixologist and entrepreneur Neal Bodenheimer and writer Emily Timberlake, is set to be released on Oct. 25.

Bodenheimer is a New Orleans native who owns Cure the stand-alone cocktail bar that opened on Freret Street in 2009. Bodenheimer also owns other spots, Cane and Table and Peychaud’s in the French Quarter and Vals across Freret Street.

Timberlake was a cocktail-book editor at 10 Speed Press for a decade before making the leap to full-time writer. A longtime fan of Cure, she teamed up with Bodenheimer to write a book that was not only a cocktail guide for locals but would serve as a guide to anyone who appreciates the city’s culture and stories.

The book’s title is a nod to the cocktail guide written by Stanley Clisby Arthur, Famous New Orleans Drinks & How to Mix ‘Em, initially published in 1938.

In their book, Bodenheimer and Timberlake note that Arthur didn’t let the truth get in the way of a good story; he wasn’t the best historian or the most thorough journalist. However, the connection between Cure: New Orleans Drinks and How to Mix ’Em and Arthur’s book is undeniable.

“Arthur’s book was the first time the New Orleans cocktail canon was put down on paper,” Bodenheimer said. “We acknowledge that it was an important book; however, his information somewhat unreliable. But if he hadn’t written his New Orleans work, we wouldn’t have been able to write our New Orleans work.”

Timberlake added, “For decades we lived in the cocktail dark ages, whereas now we get hoards of new cocktail books every year. We’re grateful to Arthur for documenting these drinks because many of them would have been lost to history if it wasn’t for him.”

In Timberlake’s research, she separated fact from Arthur’s fiction and set the record straight on many of the stories included in his work. 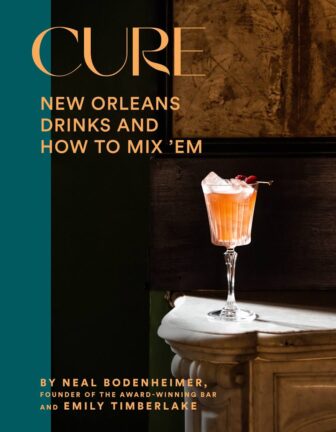 “In this book we wanted to pay homage to a man who preserved the history of these drinks and, most importantly, honor Neal and his bar team who helped usher in this new golden age of New Orleans drinking and modern cocktails,” she said.

Cure: New Orleans Drinks and How to Mix ’Em contains over 100 cocktail recipes, and deciding what cocktails to include in the book was a process of trial and error. Bodenheimer and Timberlake wanted to feature cocktails that one could easily make at home and recipes that fans of Cure would recognize.

“There’s no point in putting cocktails in the book that people can’t make,” Bodenheimer said. “A lot of the cocktails in Arthur’s book are great, but some of the products he used are no longer available.”

Not only is Cure: New Orleans Drinks and How to Mix ’Em packed with cocktail recipes accompanied by gorgeous images by photographer Denny Culbert, but the book details New Orleans cocktail and bar history.

It also features an outline of “must visit” New Orleans cocktail bars. And for those who prefer their drinks in a more old-school atmosphere, the book features a guide to local dive bars.

Most importantly, the book records the history of local establishments, residents and cocktail culture. One section features an interview with musician Ian Neville, describing his favorite bars to see live music.

Another interview has Annene Kaye-Berry and Jeff Berry, owners of tiki hangout Latitude 29, detailing New Orleans’ connection to tropical cocktails. Later in the book, L. Kasimu Harris, a New Orleans–born writer and photographer who also worked the door at Cure, reflects on the cultural importance of Black bars on the New Orleans cocktail scene.

Including stories from locals was important to Bodenheimer and Timberlake. “We wanted the book to be about the community we serve and the people who come through Cure,” Bodenheimer said. “It was so important that we get the culture and history right in the book.”

Timberlake added: “We wanted to recreate the experience of sitting at the bar and having a conversation with the most knowledgeable, cool bartender in all of New Orleans. We want the book to be a tribute to the living culture of the city and strike a balance between looking back and what makes New Orleans hum today. This is the book I would want as a visitor to New Orleans.”

Bodenheimer and Timberlake hope their cocktail book will make New Orleans locals proud of the city’s cocktail culture and history.