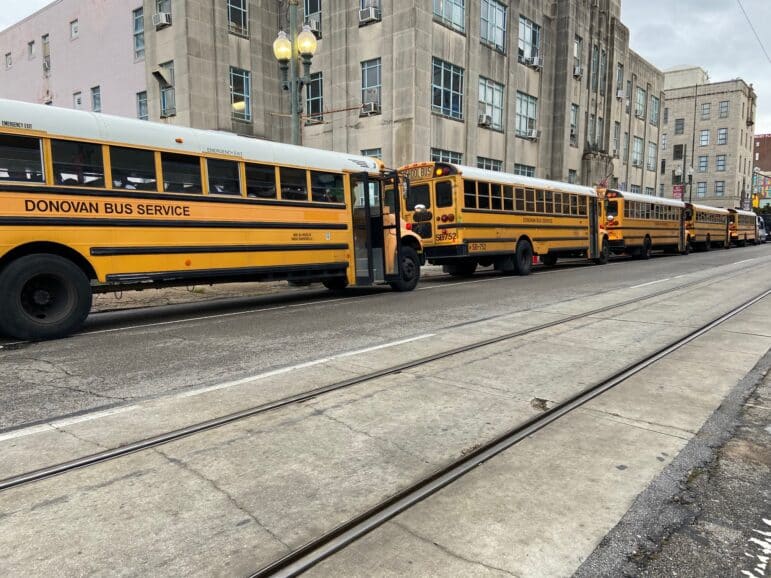 The Youth Empowerment Project (YEP) and Educators for Quality Alternatives (EQA) announced their new center in New Orleans East on Wednesday (Aug. 8), saying it will “remove barriers to success.” Also on Wednesday, YouthForce NOLA, the city’s youth talent development intermediary, was touting a new round of funding for 13 New Orleans public high schools. The funds will “help students gain meaningful work experience and develop appropriate technical, academic and soft skills.” Though worthy programs, their leaders won’t be engaging the at-risk youth who need them the most — those who have no vision for the future and have long-since given up on completing a public school education.

Despite YEP, EQA, YouthForce NOLA and other well-intentioned programs, far too many New Orleans youth still don’t have a pathway to success. Their parents might be poorly educated or underemployed and therefore forced to work two minimum wage jobs just to pay Entergy and the rent. Many kids survive on junk food because healthier foods are more expensive and not readily available in many of New Orleans’ food desert neighborhoods. There may not be an adult available to prepare dinner and supervise homework. Any living grandparent or auntie could also be hustling just to make ends meet in our  economy.

A lack of affordable day care for their children 3 years and younger limits a parent’s ability to work and instead force them to rely on housing vouchers and food stamps, certainly not adequate to raise a family. Without enough subsidized pre-K slots for 4- and 5-year-olds, these children could lack the basic skills necessary to keep up with their classmates. Underprepared kids can fall behind quickly and never catch up.

By design, a charter school system siphons off funds for products, services and salaries that would be spent to benefit students and teachers in a traditional school system model. With our strong reliance on testing, testing and more testing instead of routing those dollars into the classroom, students who are slow learners or don’t test well often lose their incentive to stay in school.

These are the kids whose names appear repeatedly on the truancy lists. then drop out and begin engaging in illegal activities as a way to have a few bucks in their pockets or pay for the latest game for their Xbox.  They might start with petty crimes, move on to auto theft and carjacking and then to burglary, assault or even murder. Our state’s youth incarceration programs are in shambles. We don’t want to try kids as adults or house them in adult jails, but sometimes there are few other choices.

If we want more boys and girls who can benefit from YEP, EQA and Youthforce NOLA, we need to get to these children early by providing resources to their parents. Most parents of at-risk children were at-risk kids themselves. They may want to do the right thing but need assistance in finding their way out of poverty so they can become role models for their own children.  Solutions include higher living wages, more affordable housing, additional workforce training and long-overdue parity in utility rates.

It took generations for the myriad problems of our under-educated, under-employed workforce and their children to get this bad, and it will take generations to repair.  But we’ve got to start somewhere. We can’t expect the offspring of our hospitality industry workers and others to accept living paycheck to paycheck. We don’t want to continue to be robbed, assaulted, carjacked or shot because the perpetrators don’t value life or know any other way to survive.

I enjoyed seeing the social media posts from Judge Kern Reese and other St. Augustine alumni as well as Xavier Prep alumna as they greeted students returning to the classroom this week. Private schools provide their graduates with a foundation for a successful life and a chance to build generational wealth. Why can’t New Orleans provide those same opportunities for our public school students?  If having a safer community with a well-trained workforce is important to New Orleans future, the time to begin those systemic changes is now.

One thought on “Viewpoint: We’re still failing our at-risk youth”