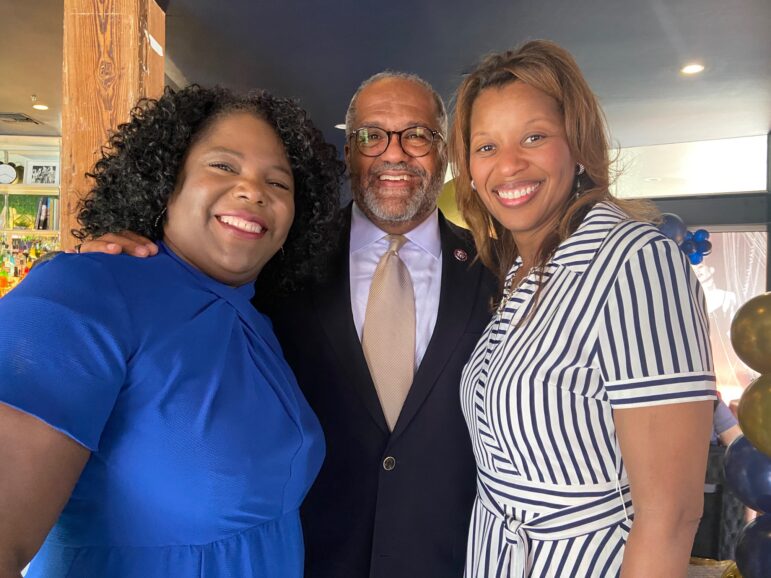 Labor Day is recognized as the traditional start of our fall campaign season. So these hot August weeks are when candidates flesh out their messages, pick up a few early endorsements, and beg friends, family and deep-pocketed business associates for money. With the economic uncertainty brought on first by Covid-19 and now by inflation, fundraising for most candidates – especially first-timers — has been especially tough this year.

In the judicial races, only two contenders — Criminal Court Judge Karen Herman and Municipal and Traffic Court Judge Mark Shea — have opponents. These two judges also happen to have the largest war chests. The remaining judges who qualified, including Veronica Henry, Monique Morial, Marissa Hutabarat, Tiffany Gautier Chase and Sandra Cabrina Jenkins, were automatically re-elected when no candidates qualified against them. Surely, the tight economy contributed to the lack of opponents. Civil District Court judges Rachael Johnson and Nakisha Ervin-Knott, who qualified for the 4th Circuit Court of Appeals, also got to shelve their fundraising plans when no opponents appeared before the deadline.

Shea, a seasoned elected official who has served on the Municipal and Traffic Court bench since 2009, reported $85,004 cash on hand on the campaign finance documents submitted last week to the state ethics board. His largest donors this reporting period include Darleen Jacobs, Favret Demarest and Louis Merhige.

First-time candidate Derek Russ, who worked in the court as a city attorney, is opposing Shea. Russ only received one contribution during the reporting period but loaned his campaign more than $23,000. Russ reported a negative balance, but that could be due to the unsuccessful residency challenge that would have removed Russ from the ballot. Russ says the lawsuit against him was “clearly just the good ole boys using intimidation.”  This race is already turning out to be one of the nastiest campaigns of the season. Expect a no-holds-barred approach from both camps.

Herman is being challenged by two candidates — former U.S. Rep. Joseph Cao and Marie Williams — for a tri-parish seat on the 4th Circuit Court of Appeals. Herman has the largest war chest of the local races, with $246,555.17 reported in cash on hand. Her major donors during this period include potential gubernatorial candidate Hunter Lundy, Fred and Amanda Herman, and Maury Herman. Herman’s fundraising acumen is due in part to the relationships available through her husband Steve and his law partners at Herman Herman & Katz.

Opponent Cao filed an affidavit in lieu of report that stated he had not received contributions from one source in excess of $200 nor spent more than $5,000.Cao, a Republican who served one term as the first Vietnamese-born U.S.. congressman, could be popular with Republican, Libertarian and Independent voters. Williams, who has run for judge several times previously, will bank on her strong name recognition with African-American voters. She reported no funds raised or spent.

First-time candidates Bobbie Smith and Geoffrey Gates, genuinely nice guys, are facing off for an open seat on Municipal and Traffic Court. Gates says “experience counts” and that he has worked as a public servant for over 22 years. Specializing in personal injury and DUI cases, Smith has built a solid law practice since 2002. Calling himself “home grown leadership,” Smith has served as an ad hoc judge in Municipal and Traffic Court as well as a city attorney. Smith already has a significant fundraising lead. Though he only raised $6,570, he had the wherewithal to lend his campaign $40,000, which gave him $36,494.93 cash on hand after expenditures. Donors include Rodney & Etter, Casey Cowley LLC and BPR Management in Marrero. Gates raised $100 from CPA Carl Johnson and reported zero expenditures.

Three candidates — Patrice Sentino, Leila Eames and Deidra Louis — are competing to fill a mid-term District 1 vacancy on the Orleans Parish School Board. Sentino previously ran against John Brown Sr., the former office holder who resigned when his daughter was in the running for the superintendent’s seat. Eames, currently serving as interim District 1 board member, retired from Orleans Parish public schools after a long and fruitful career. Louis is a licensed professional counselor. Reports in this race aren’t due until September, but Sentino has $705.38 remaining from her previous campaign and has hired a campaign manager.

Another contentious race will be the match-up between current Clerk of First City Court Austin Badon, who is seeking re-election, and challenger Donna Glapion, who was chief deputy at Second City Court and in January 2021 was appointed an at-large member of the City Council.

Badon leads in fundraising with $9,802.53 cash on hand after donations from Liberty Bank, Joe Exnicios and Bill Hammack, among others. Glapion took in $8,635 and reported $8,192.50 cash on hand. Her donors include Maurice Sholas and DiLosa LLC. Glapion will be buoyed by her constant visibility while a council member, her well-known family name and her reign as Queen Zulu. Although Badon is liked by the judges at the courthouse and popular in the community overall, he ran an unsuccessful race citywide in 2021 against Darren Lombard for clerk of Criminal District Court.

Respected pollster Greg Rigamer analyzed election results from that race. While Badon won the early vote, his numbers slid on Election Day. He only carried the Lakeview neighborhood and ran behind Lombard in all other areas of the East Bank of New Orleans. Though Glapion’s electability might not equal Lombard’s, who has been an elected official for almost a decade, the voter tally does not bode well for Badon.

Glapion will use her various city-wide connections to raise all the funds she needs. District Attorney Jason Williams has already endorsed her. Badon will have to match Glapion in fundraising if he expects to win the race. Raising money for the clerk’s job has never been easy because donors don’t see the need to support a clerk. Badon’s predecessor Ellen Hazeur (now Judge Ellen Hazeur) basically self-funded her campaigns. Badon might not have that ability.

Perhaps the most contentious race will be the battle between state Reps. Royce Duplessis and Mandie Landry to fill the last year of state Sen. Karen Carter Peterson’s term. The 5th District Senate seat has been held by a Black elected official since Bill Jefferson took the job in 1980. More than a decade ago, the federal court mandated that the district’s lines be drawn to facilitate the election of a Black candidate. Because of population shifts, Black voters are no longer the majority in Senate District 5, which includes parts of Carrollton, the Garden District, Mid-City and Uptown.

New campaign finance reports are not yet due for this race. Cash-on-hand figures from both candidates’ annual reports show Landry with $12,026.51 and Duplessis with $67,686.13. Both Democrats are working the district hard. For example, Landry has been hosting morning coffee meet-ups throughout the district. Carling and Ayame Dinkler have invited friends to meet Duplessis at their home on Saturday morning.

Organizations that endorse candidates, including the Alliance for Good Government and the parish Democratic and Republican committees, have started holding forums to select their preferred candidates. In the next few weeks, I’ll review the success contenders are having in securing those endorsements.

Lindsey Cheek, an attorney who successfully practiced law in Houston for many years before moving her practice to downtown New Orleans in 2015, is considering the race for attorney general in 2023. Current Attorney General Jeff Landry is expected to run for governor. “Lots of people have been encouraging me to run,” said Cheek, who plans to make a final decision before the end of the year. “I have talked with Governor Edwards as well. Louisiana has never had a female attorney general. We need one,” she said.

Cheek, who developed her early chops at the Harris County district attorney’s office in Texas, said she was excited about the possibility and was ready to seed the campaign with her own funds. Specializing in mass-tort, asbestos and litigation, Cheek donated $25,000 to St. Augustine High School for emergency and Covid-relief scholarships. Cheek, who resides in Uptown, is also on the faculty of Tulane Law School’s Trial Advocacy Program.

Jay H. Banks, who represented District B on the City Council for four years before being defeated by Lesli Harris, has joined the staff of Mayor LaToya Cantrell. According to an alphabetical directory of city employees, Banks is serving as an Urban Policy Specialist 5 in the Mayor’s Office. Between the change of fortunes at his former workplace, the Dryades YMCA, and the recent guilty plea by his ally state Sen. Karen Carter Peterson, there were probably few private sector doors open to Banks. He has decades of experience in city government that should be useful to Cantrell. He has also worked as a consultant to Entergy. Banks might also be a potential replacement for Jonathan Rhodes, who headed Cantrell’s utilities office until recently.

Attorney Diedre Pierce who entered a race for criminal court judge several years back but was disqualified for not having practiced law for enough consecutive years, says she is “laying claim” to the next criminal court seat that becomes vacant. Judge Laurie White took a leave of absence for medical reasons in July 2022 and is not expected to return to the bench. Pierce, who currently serves as chief of staff to Councilman Oliver Thomas, says she is running whenever the race is called. With Thomas chairing the council’s criminal justice committee, Pierce says she is pleased to still be involved in criminal justice issues.

Attorney Hunter Harris IV, who served as an ad hoc judge in Criminal Court during the Covid-19 shutdown, has also indicated his interest in the race. In 2019, Harris ran for criminal court judge to replace the retiring Dennis Waldron and was defeated by Judge Robin Pittman. Harris has practiced law for more than 20 years and has built many valuable relationships that he will rely on during the race.