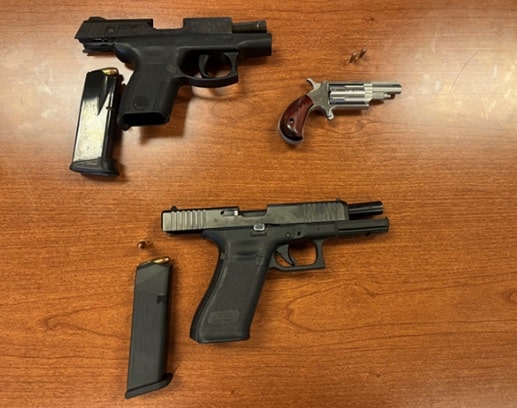 Three guns were confiscated during the arrest.

The NOPD arrested a suspect Michael Tobias, 32, in the investigation of a shooting that occurred on Aug. 21 in Hollygrove.

A 60-year-old man was shot during a suspected burglary in the the 8400 block of Palm Street. The police report stated that the victim was shot at about 8:15 a.m., when a man began firing during a confrontation.

The Emergency Medical Service took the 60-year-old to the hospital to be treated for multiple gunshot wounds.

Through investigation and assistance from the NOPD FBI Task Force, Second District detectives  identified Tobias as a suspect in this incident and obtained an arrest warrant on one count each of attempted first-degree murder and aggravated burglary.

Anyone with additional information on this incident is asked to contact NOPD Second District detectives at 504-658-6020.