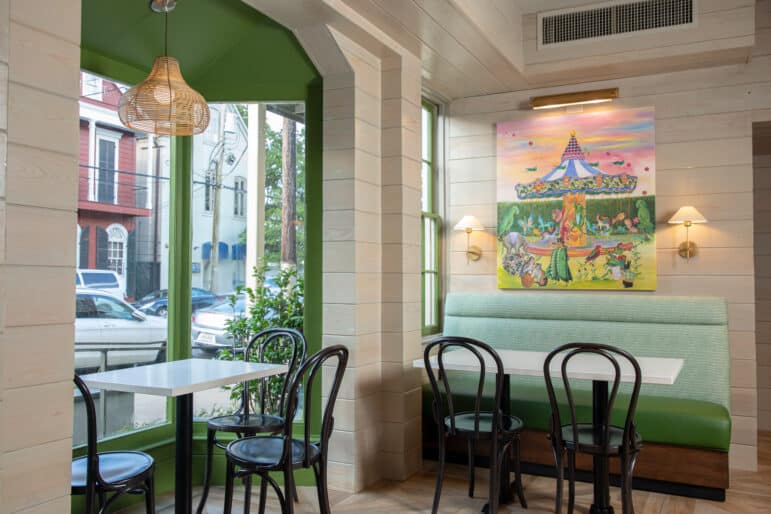 Patrons at Chicory House in the Garden District can watch the action on Prytania Street.

The Chicory House is a new Garden District café, replacing Still Perkin’ as The Rink’s resident coffee shop — and more.

Two owners of the Garden District Book Shop in The Rink at Prytania and Washington, Carroll Gelderman and Barkley Rafferty, own The Chicory House as well. They took ownership of the bookstore in early 2021 when the founding owner, Britton Trice, retired after 40 years.

Garden District Book Shop has made a name for itself as the quintessential neighborhood book shop, offering friendly personal service and hosting book events and signings. Gelderman and Rafferty have put their own touches on the shop, including converting a storage space into a children’s book room.

When Gelderman and Rafferty took over the book shop, they also acquired Still Perkin’, which had long served a variety of select brews and other coffeehouse fare to Garden District residents and visitors.

It was always Gelderman and Rafferty’s intention to retire Still Perkin’ and open a new place with a bistro concept and a stronger connection to the bookstore. 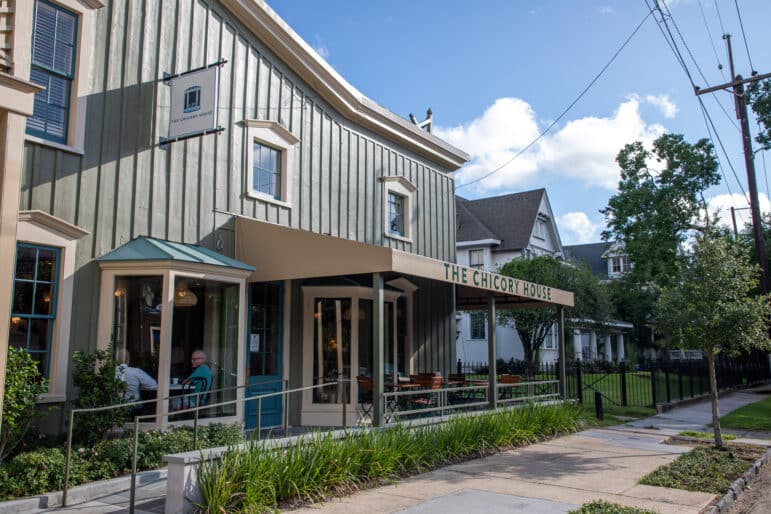 The Chicory House at The Rink, 2727 Prytania St.

The owners received a permit to sell alcohol in July. So The Chicory House sells not only drip coffee, espresso, tea, sparkling water and seasonal pressed juices — wine, beer and “canned cocktails” are on the menu.

Gelderman and Rafferty also have plans to convert a suite connected to the book shop into a cocktail space. A Sept. 1 book event will include a themed cocktail reception with small plates from Chicory House chef  Martha Gilreath.

Gilreath, who leads the kitchen, is also the co-owner of Nolita, a bakery known for its king cakes. The pastry case will tempt patrons with a daily rotating selection.

The menu pairs with a good book. Whether for breakfast or lunch, the sandwich selection is creative. 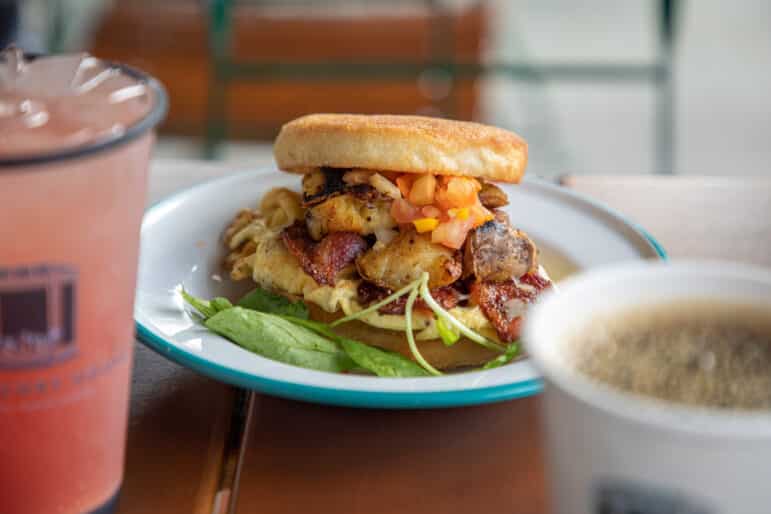 Breakfast sandwiches are served on a house-made English muffin or biscuit.

Breakfast sandwiches include The Banjo, made with white bean spread, arugula and egg, and The Mac, made with bacon, Cabot-cloth bound cheddar and egg. Sandwiches are served on a choice of house-made English muffin or freshly baked biscuit.

The menu includes a selection of pressed sandwiches such as The Joey B, with roasted chicken, preserved lemon aioli, toasted almond, black sesame, thin tomato and radish; Firehouse 23, with house-cured ham, TCH Creole mustard, Cabot cheddar and crispy pickled red onions; and The Duncan, a grilled cheese made with Chirping cheese, Cabot cloth-bound cheddar and other seasonal cheeses. 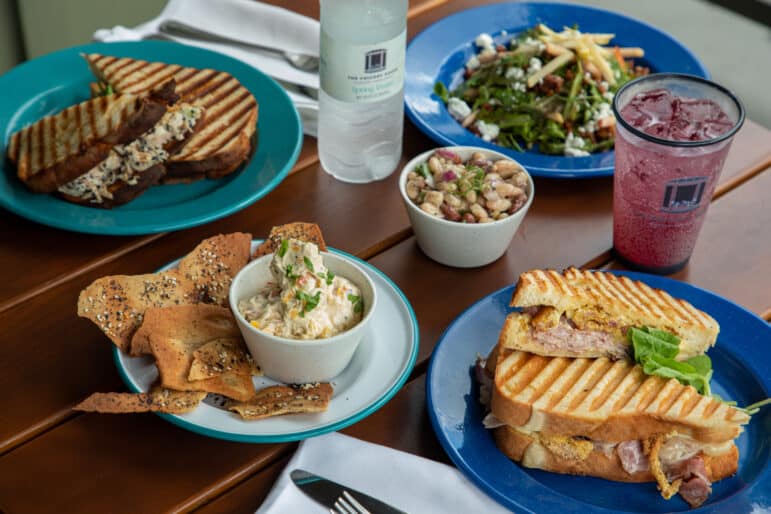 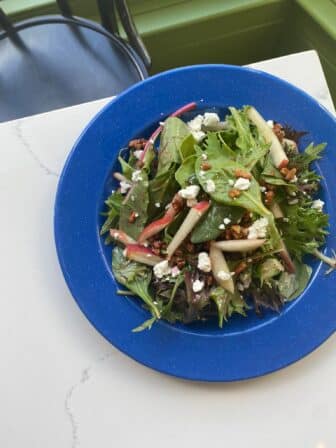