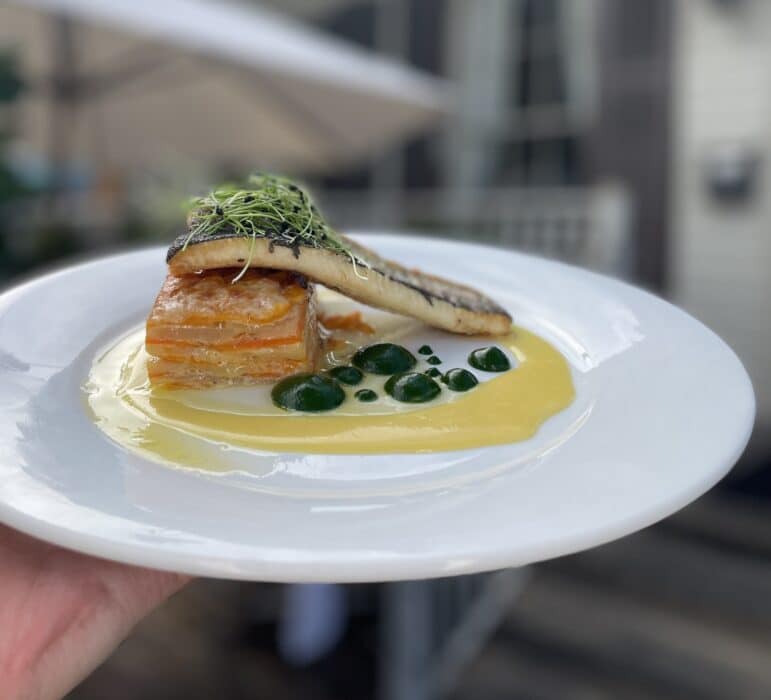 August’s COOLinary New Orleans offers a rare opportunity for both the gourmand and the culinary novice to explore cuisines and experience the city’s famed chefs. Restaurants otherwise outside of budgetary constraints are suddenly within reach — but not for long.

However, the economic factor is not the objective — this is a chance to widen gastronomic horizons. Thai, French, Japanese, Creole, Latin, Caribbean, Cajun, BBQ, Mexican, contemporary Southern and many other cuisines are represented in the fold. 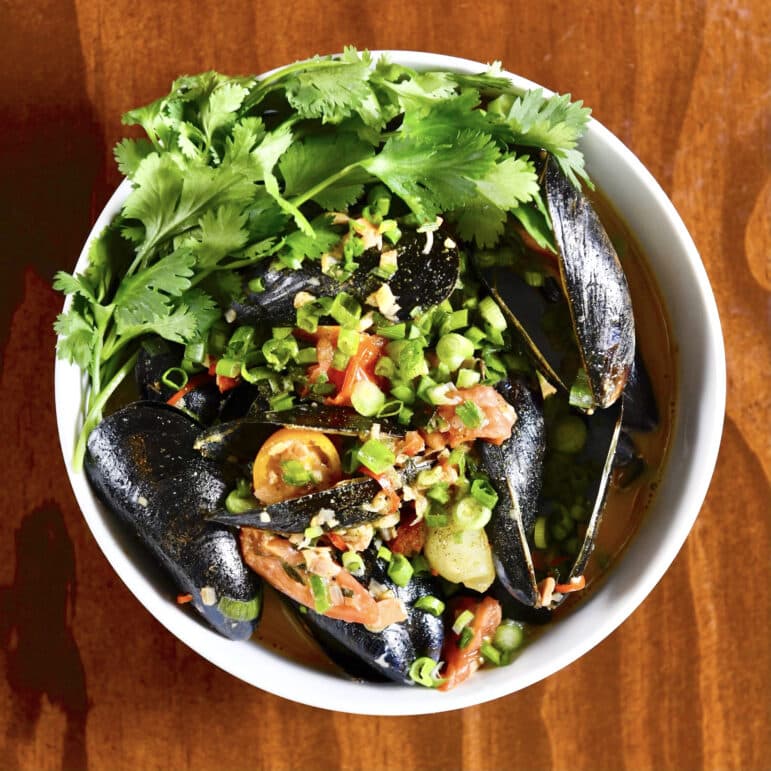 The choices are pre-selected and somewhat narrow but usually feature at least two options per course and may include signature dishes. For example, the COOLinary menu at Commander’s Palace offers its famed turtle soup.

COOLinary New Orleans was created to increase local dining traffic in what is one of the slower months in the city’s restaurant business.

On the Freret restaurant corridor, Acropolis offers both a luncheon and dinner selection. Their current lunch COOlinary is a choice of soup or salad, a Gyro Platter or Grilled or Blackened Redfish entrée, and baklava or Greek Limoncello Double Layer Cake for dessert. The price is $25. 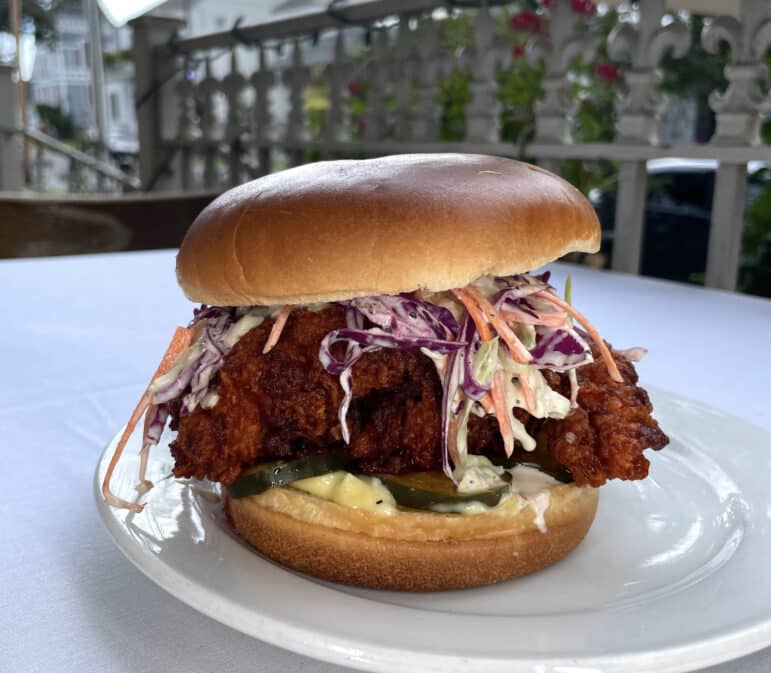 For those who want to experience something they might otherwise eschew due to a higher price point, fine dining fixtures such as Commander’s Palace and Restaurant R’evolution offer menus with multiple choices at unheard of cost to the diner.

Chef Greg Sonnier has assembled a three-course dinner menu for Gabrielle, his Tremé eatery on Orleans Avenue. Diners can choose from a starter of Crab Bisque or Watermelon Salad; an entree of Veal Roulade with duxelle, basil and topped with baby spinach brie cream sauce or Nova Scotia Jambalaya with lobster, smoked fish, shrimp, trinity vegetables, acadian rice and okra tomato sauce. Then for dessert, there’s Peach Shortcake or Apple Upside Down Bread Pudding. The meal is $45.

On the casual side, Frey’s has a down-home two-course lunch deal for $19. Choices include jalapeno cornbread, hush puppies, pork belly sandwiches, pulled pork nachos or a sausage dog served with fries. 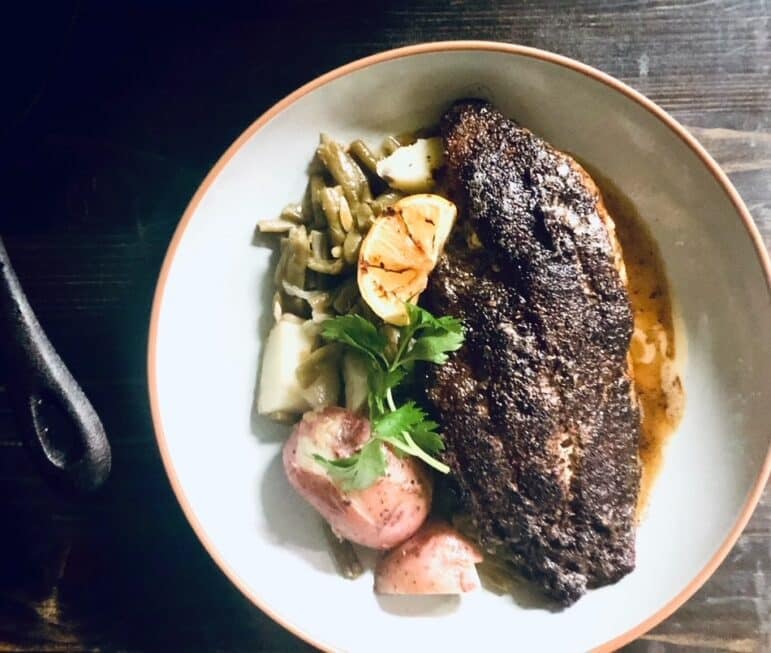 The French Quarter, Downtown and beyond

Uptowners have always made the pilgrimage across Canal Street to dine at generation-spanning favorites. Luckily, the summer campaign includes several historic fine-dining destinations such as Antoine’s, Arnaud’s, Galatoire’s, Mr. B’s Bistro and Broussard’s.

All offer a prix fixe summer menu with gastro-lust inducing options such as  Antoine’s Ginger Roasted Peaches and Cream dessert.

Restaurant R’evolution is offering a three-course gastro feast for $45, with four appetizer and four entrée choices. An entrée of Wild Boar Tagliatelle, Gulf Fish, Cast Iron Quail or Brick Oven Lamb Shank can be topped off with Southern Peach Semifreddo or an Ice Cream Stuffed Eclair.

Restaurants representing a variety of COOLinary fare can also be found on the West Bank and in Gentilly, Chalmette and Old Metairie. Indoor, outdoor, upscale, casual, international, Creole, steak and vegan-friendly restaurants all participate. Menus can be found online. 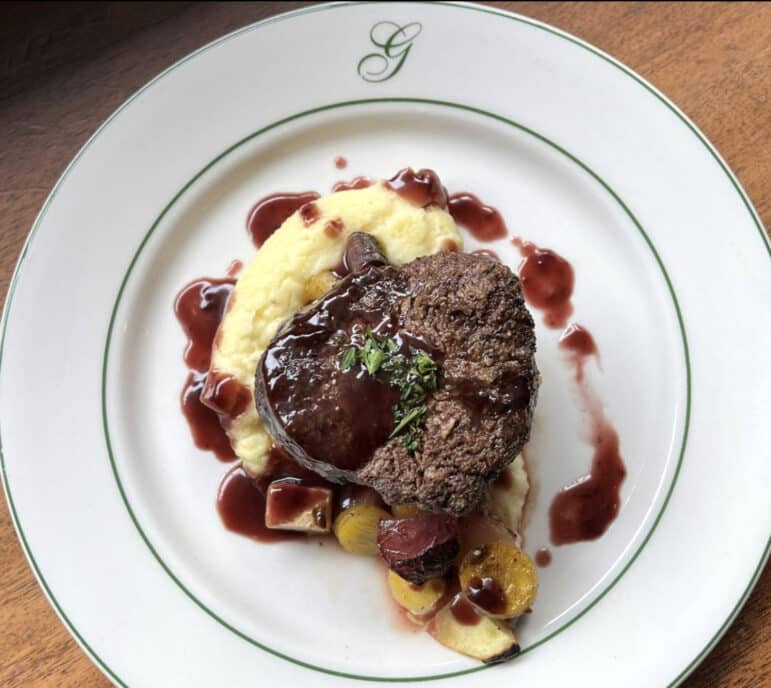