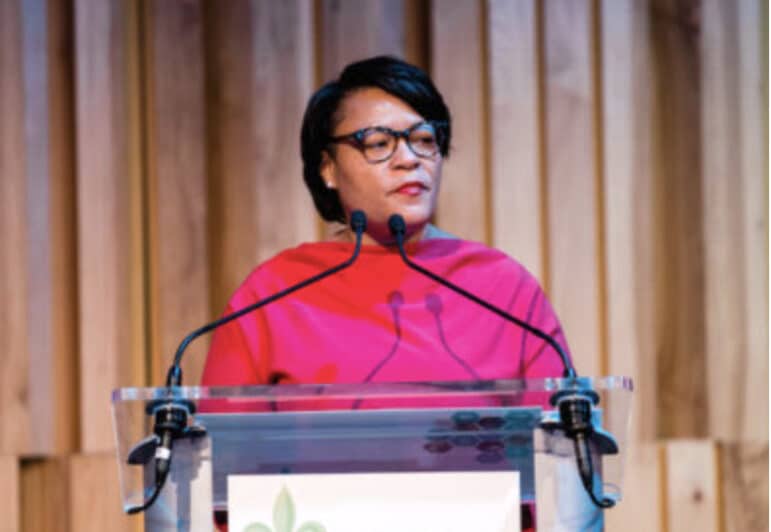 Uptown voters will have a chance today (Aug. 28) to sign a recently filed recall petition to oust Mayor LaToya Cantrell from office.

Organizers will collect signatures at Ms. Mae’s Bar, 4336 Magazine St., at Napoleon Avenue, from 2 to 6 p.m. The Ms. Mae’s “signin’ party”  is the first event in the recall effort.

They have mounted a grassroots campaign to collect about 53,200 signatures in six months. For the petition to be considered, state law requires the signatures of 20% of voters registered in Orleans Parish.

The petition states the embattled mayor has shown a “failure to put New Orleans first and execute the responsibilities of the position.” She has come under recent criticism for her European travel during a major crime wave and for appearing in court in support of a teenage carjacker.

Petition signers need to be registered to vote in Orleans Parish, know their ward and precinct numbers, and show an ID.

For more information, go to nolatoya.org. 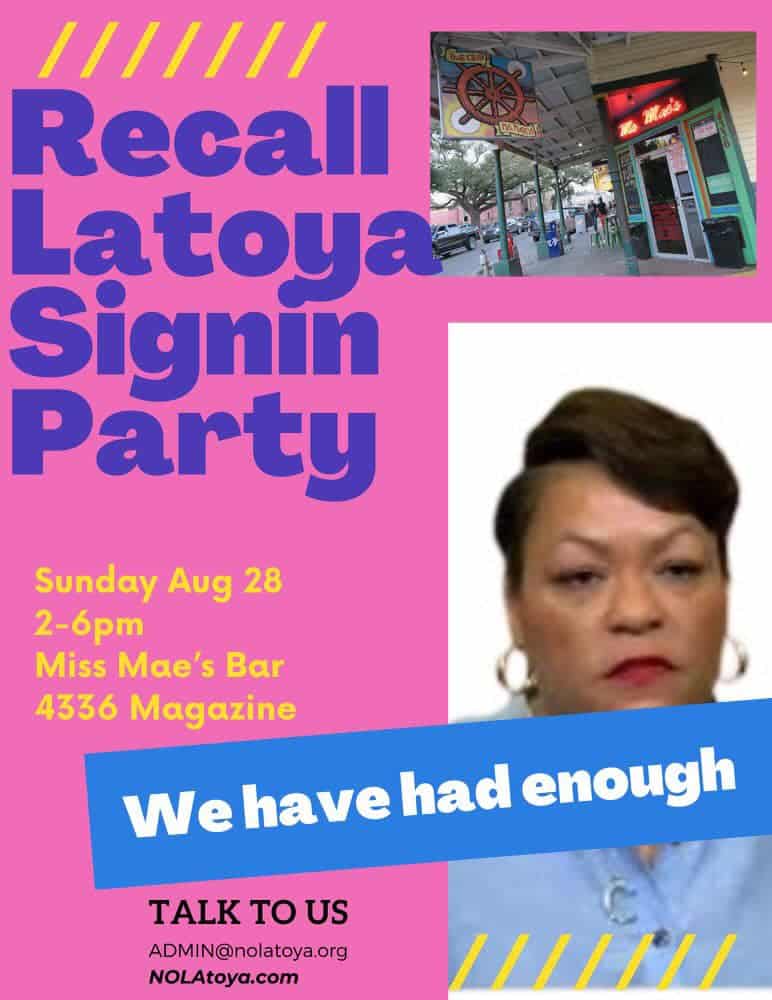