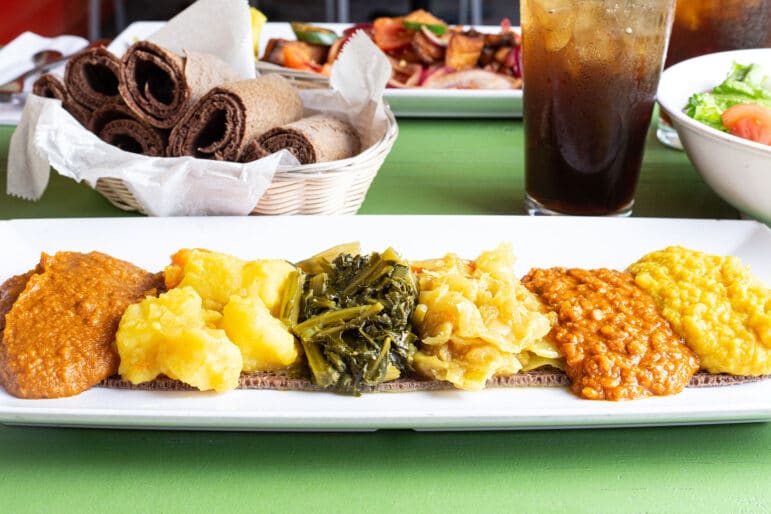 Ethiopian native Ermias Alemu settled in New Orleans in 2007 as the city was rebuilding from the levee failures after Hurricane Katrina. He worked many jobs, including driving a cab.

When customers asked him where they could get authentic Ethiopian food, Alemu was stumped.

“Ethiopian food wasn’t really something that New Orleans offered,” he said. “Before I moved here, there was a place on Earhart called Red Sea Eritrean and Ethiopian, but it wasn’t open very long before it closed.”

Seeing a need for the cuisine that he grew up enjoying, Alemu enlisted the help of his mother, Asselefech Wako, the person he calls the true cook in the family. Together they crafted the dishes that would frame Cafe Abyssinia’s menu.

“My mother was living in Chicago, and when I decided to open this place, she came here and taught me how to cook all of the food,” he said. 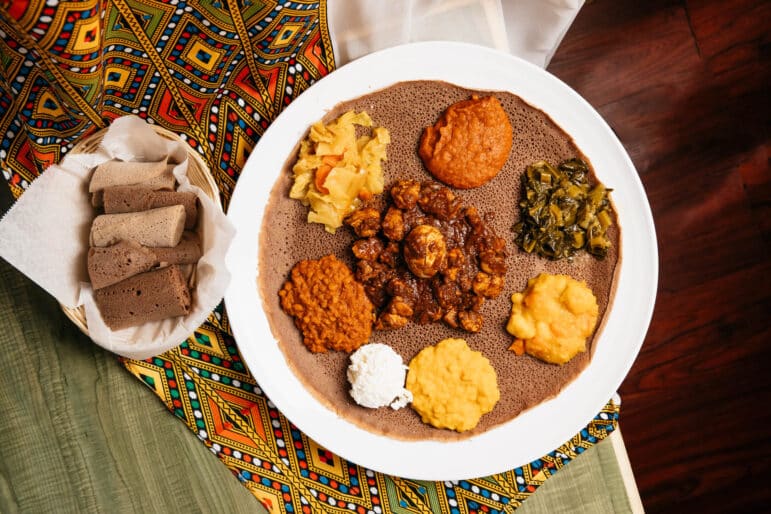 Ethiopian food is eaten with the hands and served with injera, a spongy flatbread used as a utensil while it soaks up flavors.

Something that sets Cafe Abyssinia’s menu apart is the affordable lunch menu. Dishes such as the Veggie Combo, Doro Wat, Lega (beef) tibs, and Beef Kay-Wat range in price from $10 to $13 from 11 a.m. to 2:30 p.m, daily.

Cafe Abyssinia is one of two Ethiopian restaurants in New Orleans. Addis Nola, a restaurant serving Ethiopian cuisine since 2019, recently announced plans to move from South Broad to Bayou Road. 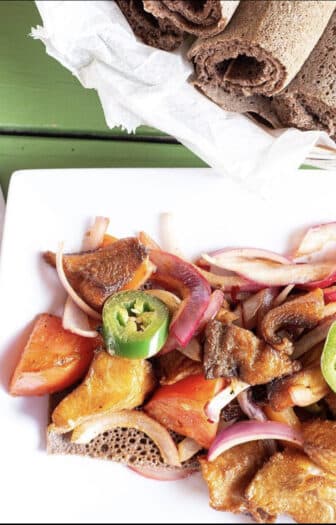