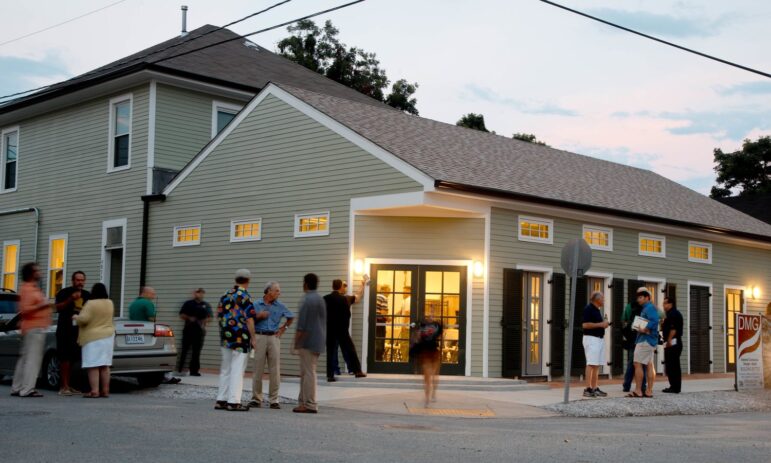 New Orleans’ sole remaining Veterans of Foreign Wars post is breaking the mold. In a city where every neighborhood once had a VFW hall, VFW 8973 on Lyons and Annunciation streets is New Orleans’ last. However, it may end up being a role-model for the organization’s national headquarters.

Once nearly abandoned, the Uptown post, Nola VFW, has been revived by post-9/11 membership. Now it is growing so quickly it may require a second branch.

Like all VFW posts, the mission of veteran support for those who fought in overseas wars remains unchanged. It’s how they go about it that is noteworthy.

“A large part of what makes us unique is that our identity as a VFW post is closely tied to New Orleans culture,” said Christopher Cox, a retired Marine and VFW Post 8973’s Commander.

What also sets the post apart is its youth; this energy makes the Post 8973 one of the national VFW’s most active. Membership has quickly grown from a handful of mostly Vietnam-era members to 318 men and women, nearly all of them Desert Storm and post-9/11 veterans.  Of note, is that service members and veterans who never deployed overseas can also join as “Team 8973” members.

Meetings, parties, BBQs and regular social events bringing veterans together are the norm at the chapter. New Orleanians have likely encountered members marching in their casual green golf-shirts and camo kilts  – the post eschews uniforms – while pulling a keg during the Irish Channel St. Patrick’s Day.

This year, VFW 8973 upped the ante: Members marched in the first local Gay Pride parade, with some adding a dash of rainbow and glitter to their khaki cargo shorts. The group passed out VFW go-cups and business cards throughout the Quarter and Marigny, welcoming LGBTQ veterans to their post.

Gen X, Millennials and Gen Z vets are running the post, with a few beloved Boomers in the mix. But along with generational difference comes generational change. The post’s diversity statement reflects this.

“Our membership and leadership foster an environment that belongs to veterans of every gender, race, orientation, religion and age,” Cox said. “Keeping the doors open and answering calls when veterans need help or information is a large part of what makes a successful post. We’re doing that.”

Membership includes some who had to keep their sexual orientation a secret during the military’s “don’t ask, don’t tell” era. One is Daniel Capp, a Marine veteran who lives near the Lyons Street post.

After Hurricane Ida, Capp happened to see members — functioning like a small battalion — unload and disburse food, water and other supplies. He was impressed to see civilians performing disaster relief with such military precision.

He joined in to unload trucks and learned the volunteers were part of the VFW post. He is now a member, and his trans, non-binary partner is also a regular at events. “The VFW gives me purpose,” Capp said. 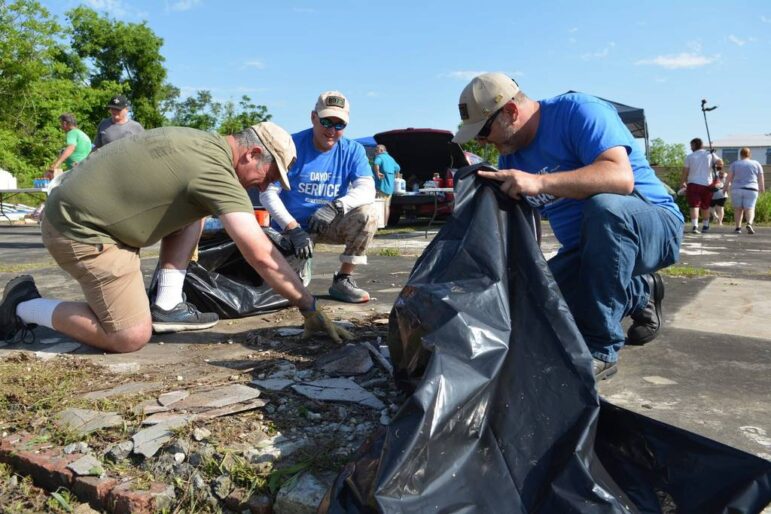 Team 8973 takes part in a neighborhood cleanup in the Lower 9th Ward.

There have been VFW chapters in New Orleans since the early 20th century. The Lyons Street post was founded by World War II and Korean War veterans who lived in the Uptown and Irish Channel neighborhoods.

VFW Post 8973 is also called the Alfred E. Flynn post, named for a WWII soldier from the Irish Channel who was killed in the Philippines. Alfred Flynn’s brother, John “Fump” Flynn, was an original member of the post located near the F&M Patio Bar, or to older neighbors, Fump & Manny’s. The post has been known to hold fundraisers down the block on the corner of Tchoupitoulas –  pool table shenanigans optional.

As older generations passed away, the post was almost shuttered and the building was in bad shape. But, upon its revival, the corner building, once Bull’s Grocery, underwent a complete renovation with the help of cheese-fry fundraisers.

In the best neighborhood tradition, the VFW hall installed its own bar even though it sits directly across from Grit’s and down the block from F&M  – it is, after all, New Orleans.

However, despite modernization and a calendar chock-full of social activities, the mission of Nola VFW remains unchanged: support, kinship and transition assistance for veterans who need it. The post offers a wide range of services for its members.

Cox said he recognizes that veterans living in other areas of the city are unfamiliar with the once small post and they may be unaware the city even has a VFW hall. To this end, the post is expanding its outreach miles past its boundaries and into areas such as the 9th Ward.

Cox’s goal is that all the city’s veterans understand that the local VFW is their resource. If they require transitioning assistance and support, members are ready to help them access VA health care, benefits and other services earned while in service. This includes building ramps for disabled veterans and performing house repairs.

The post also hosts job fairs, networking events, resume seminars and PTSD outreach assistance. They’ve worked with the VA, the Louisiana Department of Veterans Affairs, and other community leaders to strengthen the post’s network of veteran-specific initiatives, including employment outreach through a veterans’ employment program.

So popular is Nola VFW that young active-duty service members stationed in the area have shown up to participate in community service projects or join a crawfish boil. They are free to walk through the door anytime, Cox said.

All veterans – and active-duty military – are encouraged to visit Nola VFW during the post’s weekly open house on Thursday nights, beginning at 6 p.m. Membership is not required.

Post 8973 is open Tuesdays and Thursdays from 7 a.m. to 5 p.m. to answer any questions and provide support. 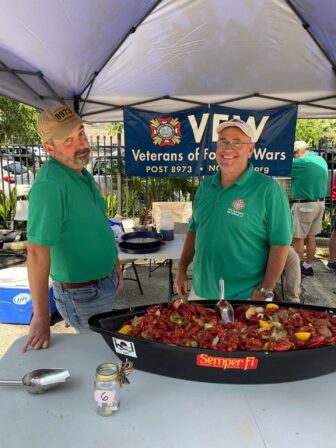