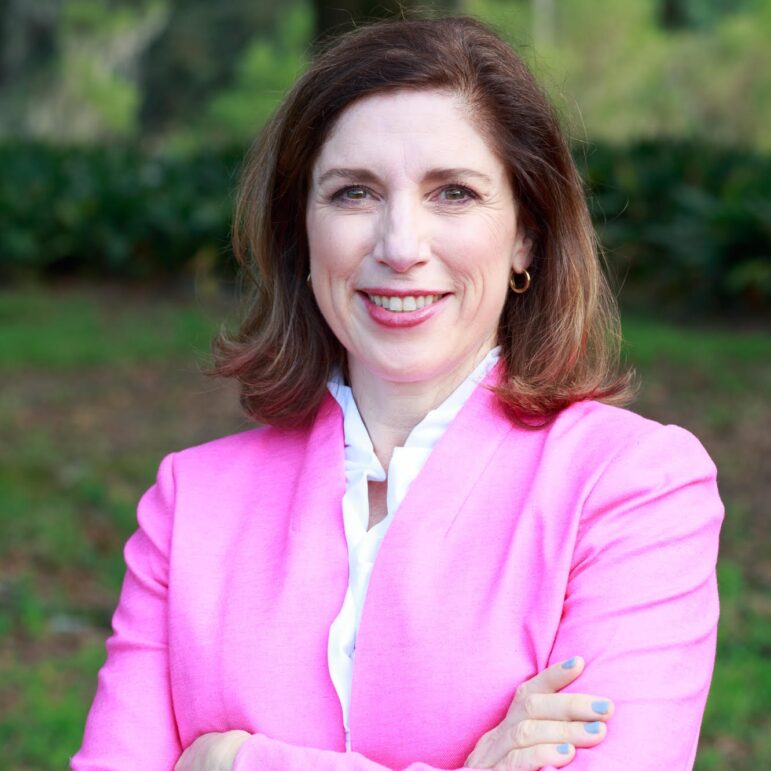 A new law to end the so-called “pink tax” authored by state Rep. Aimee Adatto Freeman, D-New Orleans, became effective today (July 1). It provides for a state sales and use tax exemption for feminine hygiene products and diapers for personal use and extends the effectiveness of optional local tax exemptions.

“As a woman, mother, and grandmother, ending the pink tax was one of my first and top priorities as a legislator. Taxing feminine hygiene products and diapers while other necessities were tax free is unfair to women. And it’s especially burdensome on those living in poverty, which sadly, is a large portion of our population in Louisiana,” said Rep. Freeman, District 98.

“I’m incredibly proud to have authored the bill and am grateful to the many people who laid the groundwork and advocated for it to finally pass into law.”

To mark the occasion, Rep. Freeman is hosting a feminine hygiene product and diaper (adult and infant) donation drive in partnership with the Junior League of New Orleans, where she is a sustaining member.

Throughout the month of July, anyone interested in donating these products can deliver them to the Junior League of New Orleans (4319 Carondelet Street, New Orleans, LA 70115) from 8:30 a.m. to 4:30 p.m. on Monday through Friday (except for July 4th). 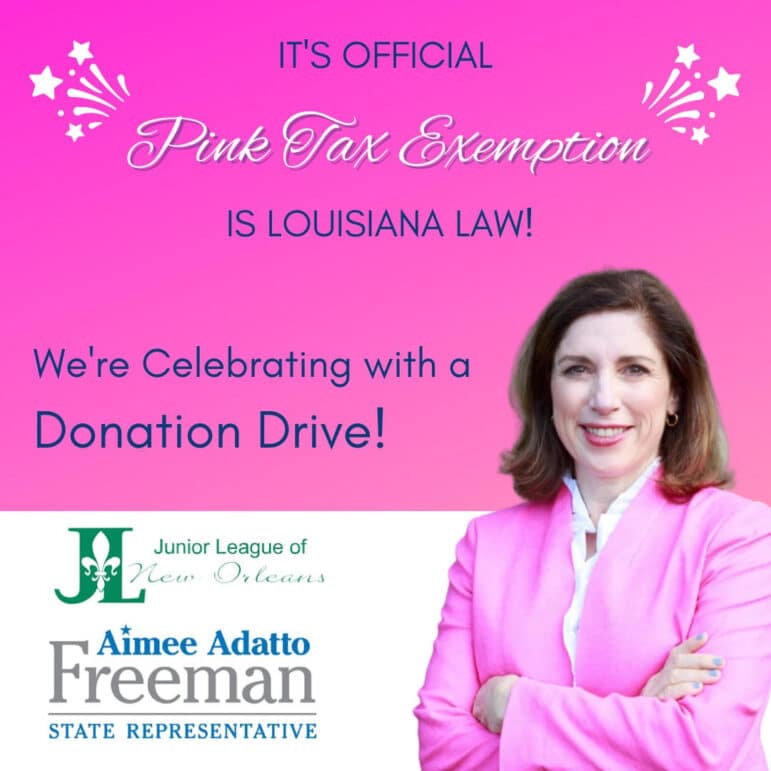 “With supply shortages and inflated prices, helping low-income families access these essential products is more important than ever,” said Freeman.

Prior to the new law becoming effective, unlike many other essential health products that are available tax-free, diapers and feminine health products like tampons were not exempt from taxation. Freeman and others argued sales tax on these products was unconstitutional because it treated individuals differently based solely on their gender.

Furthermore, these taxes unfairly burdened women from low-income households who may be forced to choose between purchasing these products and other necessities. 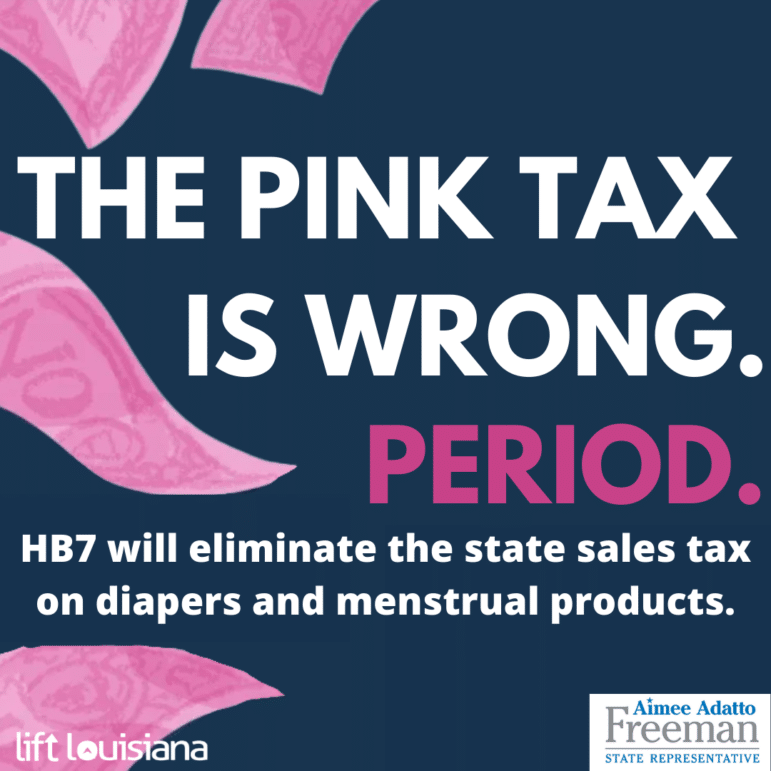 Moreno said, “Wins for women are hard to find these days – but this is definitely one of them. Repealing the discriminatory ‘pink tax’ is the least we can do to lift the burden on working women and their families. I’m proud to have worked alongside all of the advocates, Rep. Freeman and Council Vice-President JP Morrell to get this done for Louisiana women.”

As a state Senator, New Orleans Councilmember JP Morrell led efforts in 2017 and 2019 to eliminate the pink tax statewide. While his legislation failed to pass, it helped lay the groundwork for the law that became effective today.

Morrell said, “Women in Louisiana face systemic obstacles on a daily basis. Thankfully, we can finally lessen the burden by ending the pink tax. Thanks to legislation by Rep. Freeman, women will no longer pay a discriminatory tax to access necessary menstrual products. This victory is a result of many years of organizing and mobilizing between legislators such as myself and Council President Helena Moreno, community advocates, and working women across the state. I’m proud to have played a part in this fight for equity.”

Advocates, including Junior League, Lift Louisiana, National Diaper Bank Network, Alliance for Period Supplies, and United Way of Southeast Louisiana, among many others, were instrumental in helping pass HB7 into law.