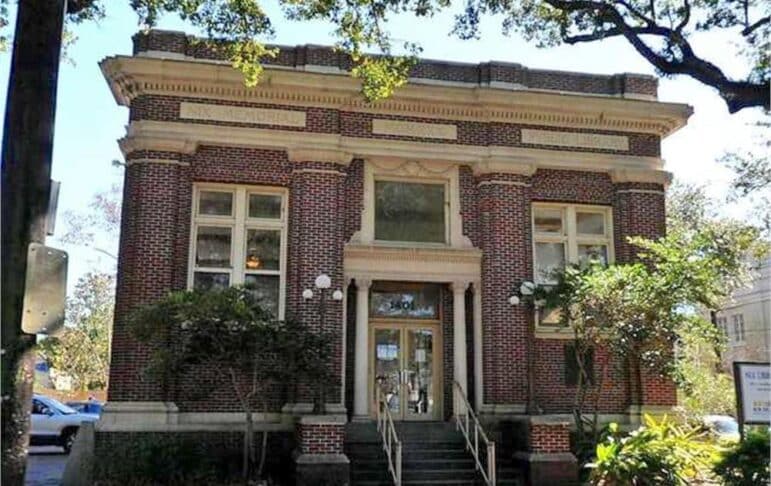 It’s been a long wait, but the Carrollton neighborhood has its library back. Nix Library on South Carrollton Avenue reopened Tuesday (July 19) after 17 months.

The tiny branch library was shuttered in February 2021 for American Disabilities Act upgrades, including the installation of an ADA-compliant wheelchair lift and improvements to make the public bathrooms more accessible.

During the ADA renovations, workers found other “maintenance challenges” in the 92-year-old building, a library spokesperson told Uptown Messenger in March. The work included roofing and internal repairs. Once repairs were complete, the building had to be thoroughly cleaned.

Back in 2017, the Nix branch underwent a five-month, $320,000 renovation. The renovation, however, did not include installing a ramp, lift or anything to make the stately brick building wheelchair accessible — prompting protests over the lack of ADA compliance.

The city engaged an architecture firm to perform an access feasibility study in 2017. “The building is small and it’s on a corner with no room to expand, so it is a difficult scenario,”  a library spokesperson said that year. That effort led to the ADA renovations four years later.

The one-room library opened in 1930 on South Carrollton Avenue at Willow Street. It’s named for James, Ralph and John Nix, three brothers who donated their family’s lot to the city to build a library in memory of their parents.

Carrollton residents and library officials had lobbied the city throughout the 1920s to build a branch in the Carrollton neighborhood, according to New Orleans Historical. In 1928, the City Council appropriated $20,000 to purchase a lot in the area — but there was no money for construction.

Later that year, the Nix family’s donation freed up the $20,000 to build the Nix branch, NOPL’s sixth facility.

The small library offers a wide collection of books, music and movies and has been an important part of the neighborhood for almost a century. 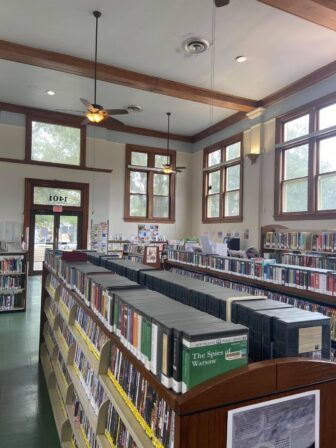 Editor’s note: The library’s hours included with the original post were inaccurate. It was updated July 21 with the correct hours.