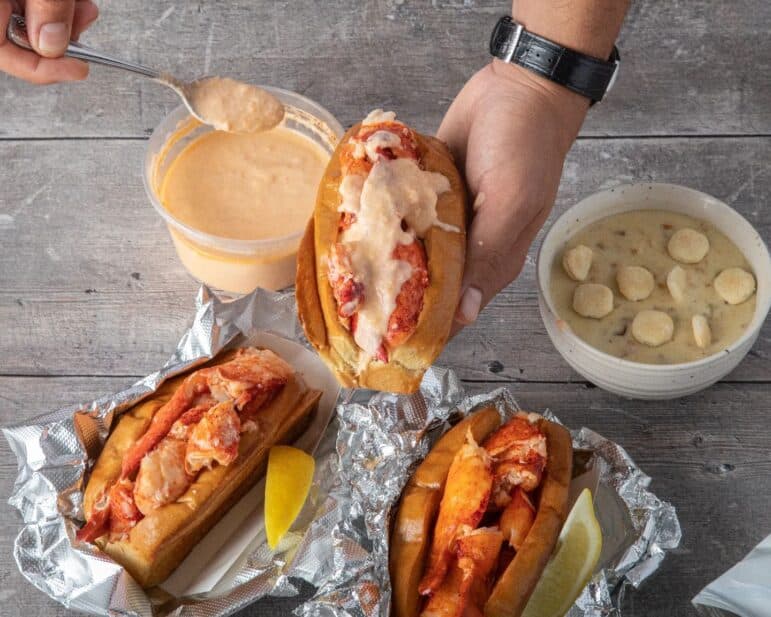 New Orleans is a seafood town, but one shellfish dish hasn’t been readily available in the Crescent City: the lobster roll. Joel Griffin is changing that with his pop-up, Joel’s Lobster Rolls.

This pop-up can be found at Uptown spots serving up the New England staple, tasty lobster on buttery bread.

Griffin, who hails from Connecticut, moved to New Orleans five years ago to study business at Tulane. He grew up on lobster rolls, which Griffin said are served everywhere in New England, from restaurants to gas stations.

When he was a teenager, Griffin got a job at Lenny & Joe’s Fish Tale in Madison, Connecticut, a clam shack that served lobster rolls. Here, he learned how to make lobster rolls and other New England seafood specialties.

“I always compare lobster rolls in New England to fried chicken here,” he said. “They’re everywhere. Every diner has them, and even McDonald’s sometimes has lobster rolls.”

However, in New Orleans, the lobster roll selection is virtually nonexistent, save for a few restaurants that occasionally offer the sandwich as a special. For example, Fat Boy Pantry has a fried lobster po’boy on their menu, but any New Englander will tell you that it isn’t the same as a proper lobster roll.

“As long as I’ve been living here, I’ve always wondered where I could find a lobster roll,” Griffin said. “Every time I would go back home, I would immediately eat a bunch of lobster rolls.”

After Griffin graduated from Tulane with a business degree, he was trying to figure out his next move when another lobster roll craving hit. It was then that he decided to create a business selling the sandwich he missed. Joel’s Lobster Rolls was born last September. 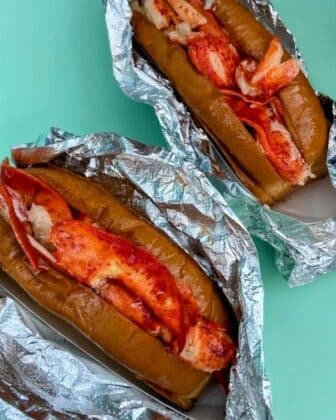 “New Orleans is such a seafood city that I was shocked that lobster rolls really didn’t exist here,” he said. “I thought that I better sell them before someone else does. I figured it was only a matter of time.”

The lobster for Joel’s Lobster Rolls comes from a wholesaler in Ipswich, Massachusetts, the same one that supplies seafood for Lenny & Joe’s Fish Tale. The lobsters, Griffin said, are North Atlantic, cold-water lobsters with claws that are perfect for the sandwiches. He said that the tail meat is too tough for a good bite, but the claw and knuckle meat is perfect.

As with any sandwich, the bread plays an integral part in the dish. Joel’s Lobster Rolls are served on a New England-style bun — a top-split bun with flat sides. Because these buns aren’t readily available in New Orleans, Griffin has them imported from various New England sellers.

“In my opinion, the buns are more important than the lobster,” he said. “You can get lobster anywhere, but the bun is the hard part. You can’t just put a lobster roll on a hamburger bun. It has to be this specific New England-style bread.”

The sandwiches are $22 for a quarter-pounder or $16 for mini roll. Griffin also offers clam chowder and Cape Cod potato chips on the side.

Joel’s Lobster Rolls pops up at Henry’s Bar on Sundays and other spots such as Oak Street Brewery and Miel Brewery throughout the week. The schedule changes weekly, but Griffin is hoping for a more consistency as his business expands.

This report was updated on July 15.