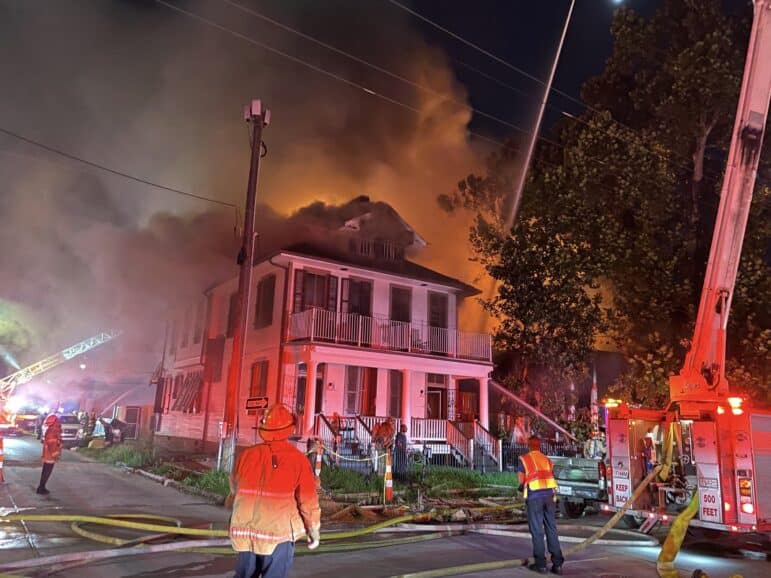 The fire spread to a two-story double on First Street.

A house on First and Baronne streets burst into flames early Tuesday (July 19) and spread to a two-story double next door, according to the New Orleans Fire Department.

A 911 call reported the fire just before 2:30 a.m. The first NOFD unit on the scene found an apparently blighted building heavily engulfed in flames that had extended to neighboring homes. They struck a second alarm at at 2:33 a.m. and a third alarm at 2:40 a.m.

As the fire spread to the two-story wood framed double next door, firefighters looked for the occupants. The building’s owner stated that he’d contacted the residents and that no one was home at the time. A small dog was reportedly rescued from the burning double.

No fire personnel or residents were injured in the blaze, the NOFD said. Both homes received significant damage before the fire was brought under control at 4:16 a.m.

Twenty-four NOFD units carrying 69 firefighters were used in the mitigation of this incident. Some remained on the scene tending to the smoldering debris.

The cause of the fire is under investigation. 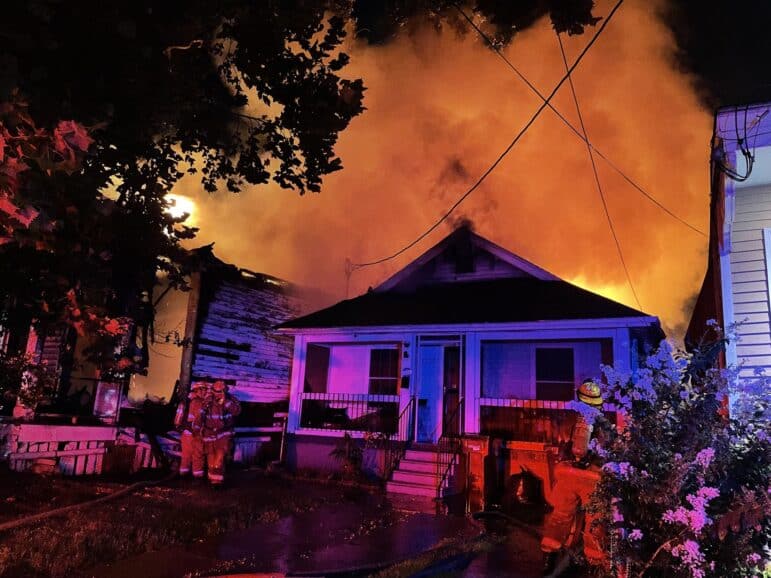 No one was injured n the fire, the NOFD reported.