With two unexpected deaths in less than a week and an ongoing staffing crisis that — in her own words — has “destabilized” the Orleans Justice Center, Sheriff Susan Hutson must have quickly realized that her honeymoon was ending sooner than expected. All new sheriffs get tested by their deputies and inmates (let’s not be so naïve to refer to them as “residents”) to gauge the rules. Hutson was no different. The inmates searched for a weak spot — in this instance not enough staff on the tiers — and exploited it.

During the campaign, Hutson pounded on the concepts of care, custody and control. She sounded knowledgeable and confident. Audiences responded enthusiastically. Though Hutson seemed poised to get off to a fast start, there were plenty of skeptics just waiting for her to make serious mistakes. After all, Hutson never ran a jail or worked in one. Her senior staff lack adequate correctional experience. The transition from former Sheriff Marlin Gusman was minimal — all of which just made it harder for Hutson to hit the ground running on May 1.

It’s probably safe to say that almost every public safety agency in America is having staffing issues, and yet most seem to be able to perform their jobs successfully despite the problem. Since Hutson frequently talked about poor staffing during the campaign, the immediate need to put a staffing plan in place prior to her inauguration seemed obvious.

Sheriffs never want to alienate their funding source, their parish councils, and their most important public partner, the court system, certainly not at the same time. By doing so and mostly avoiding unpleasant hard-hitting media interviews, Hutson is already giving her critics a chance to whisper about a loss of confidence. At yesterday’s Criminal Justice Committee meeting, Councilman at-large JP Morrell acknowledged Hutson’s challenges but insisted that she should be able to walk and chew gum at the same time. Later in the day, Hutson responded that she was able to multitask and keep her plane (the Orleans Justice System) in the sky 24/7, 365 days a year while also fixing it.

The Orleans Justice Center is a public agency. There should be no secret about how many employees are on the payroll. Exactly how many deputies departed when Gusman’s term ended? How many new staffers – including deputies – came on board with her? What are they being paid? Is the staff top heavy? Although Hutson is currently withholding important staffing information, a quick check with the state’s retirement system in Baton Rouge would give any interested party a ballpark figure.

We all want Sheriff Susan Hutson to succeed. She is a crucial link in our criminal justice system. If Hutson fails, New Orleans fails. Let’s give her an extra minute to get situated before all hell breaks loose. 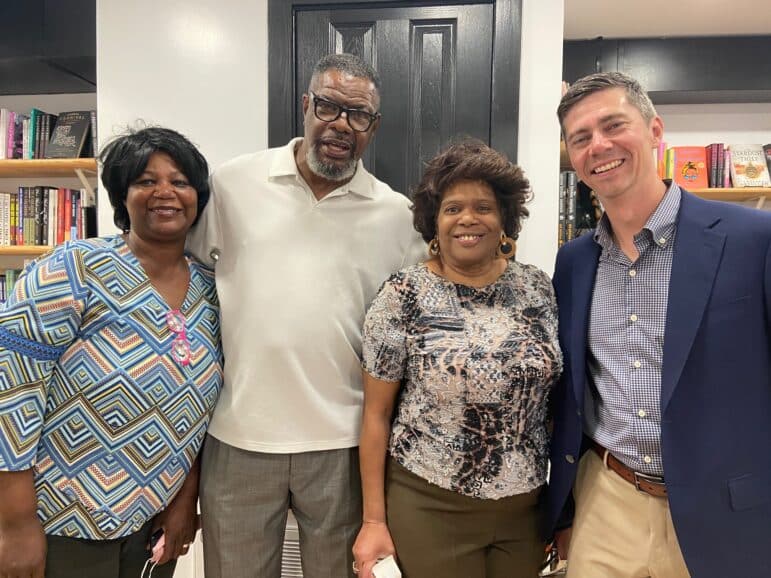 New Orleans politicos of all persuasions have their choice of events to attend on Thursday (June 16). U.S. Senate candidate Luke Mixon, a Democrat, will be honored at a 6 p.m. fundraising reception at the Mid-City firehouse-turned-residence of Wade and Farron Tornyos.

At 7 p.m. Louisiana’s Republican Attorney General Jeff Landry will address members of the Home Defense Foundation, a group that advocates for gun safety and supports the Second Amendment, at the Morning Call Coffee Stand, 5101 Canal Blvd.

The two men and their politics couldn’t be more different.

Mixon, a political newcomer and former military pilot, is in a tough race against incumbent Sen. John Kennedy whose down-home quips have made him a darling of the national media. Kennedy’s voting patterns lean conservative and often fall in line with former President Donald Trump. Mixon is cast from the same mold at fellow West Point graduate Gov. John Bel Edwards, who has endorsed him and will appear at tonight’s event. The governor’s endorsement is a huge step for Mixon’s candidacy. It opens new doors for possible endorsements and potential new donors. Money will be key to Mixon’s success. Through March 31, Kennedy raised more than $22.78 million. During the same period, Mixon raised $1.3 million. That’s why tonight’s event is so important – just weeks away from the end of the fundraising quarter.

Mixon is an attractive candidate who has the right message for a moderate Democrat. Through social media and speaking engagements, he frequently points out how Kennedy’s views differ from his. At a recent meet-and-greet, Mixon said he has a long-term commitment to public service and will take the steps necessary to make a difference in Louisiana. In a state that has been increasingly Republican, moderates like Mixon are the future of the Democratic Party.

Mixon’s campaign was picking up steam at a fast pace until Gary Chambers declared his candidacy for the U.S. Senate seat. Chambers burst onto the New Orleans scene last year when he ran third for Congress from the 2nd Congressional District, the seat captured by Troy Carter Sr. Chambers’ U.S. Senate candidacy stole the wind from Mixon’s sails. Chambers was able to galvanize many Black and progressive voters who could have supported Mixon.

The Louisiana Legislature began a court-mandated special session yesterday to create a second majority minority congressional district that could includes Chamber’s base in Baton Rouge. Unless state Sen. Cleo Fields has a desire to return to Washington, where he once served in Congress, Chambers could qualify for the new congressional seat rather than the U.S. Senate. Because both are federal elections, the funds Chambers has raised so far would be 100% transferable. Even without Chambers, Mixon would still face an uphill battle against Kennedy, who is clearly the favorite.  Yet a contest with only two major contenders would give Mixon a better opportunity to shine. Qualifying takes place July 20-22. 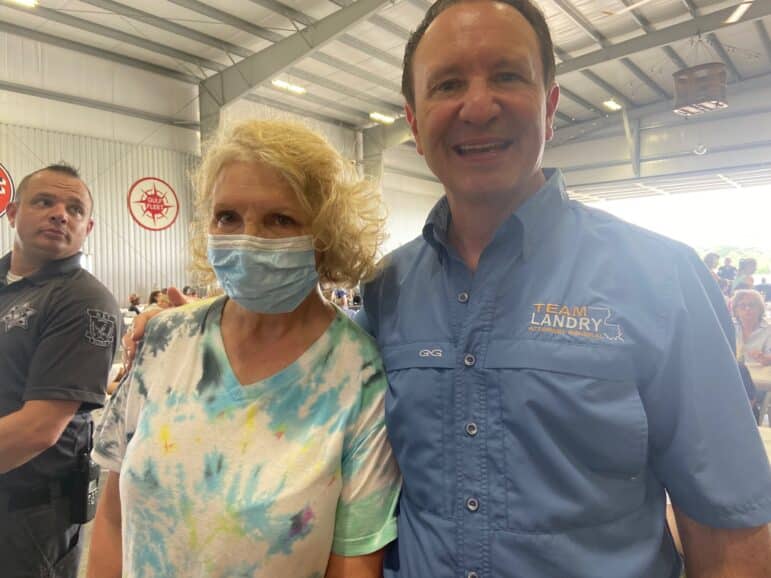 An extremely popular conservative and life-long Republican, Landry is already the leader in the race for governor, which will take place in 2023. Born in St. Martin Parish, Landry worked in law enforcement and served in the military before being elected to Congress in 2010, where he was a darling of the oil and gas industry.

Landry frequently travels across Louisiana to address groups large and small. Last Saturday (June 11) he attended a fundraiser at a un-air-conditioned private airport hangar in Sunset, where he spoke passionately to hundreds of attendees about additional services for children and adults with special needs. He even asked to tour the facility, St. Mary’s Residential Training Center in Alexandria, for which the fundraiser was held.

Attendees at tonight’s Home Defense Foundation meeting will be entertained and educated by Landry’s unique take on crime and America’s gun laws. Some people say Landry’s positions on issues often remind them of former President Donald Trump. Yet Landry is his own man whose philosophies seem to fall in line with the majority of Louisiana voters.