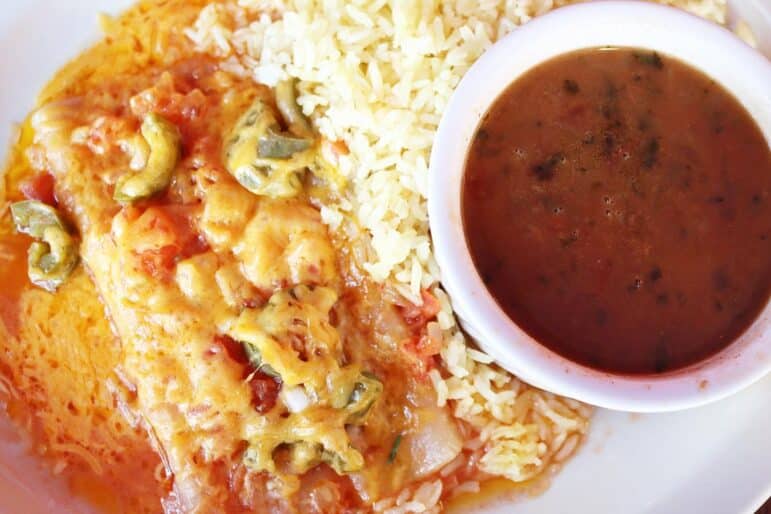 La Patrona serves authentic Mexican food in the Riverbend at 575 S. Carrollton Ave. The restaurant is run by Edwin Alonzo and Veronica Cardona, the former proprietors of La Mansión, which operated on Dublin Street from 2015 to 2021.

Alonzo and Cardona are from Guatemala. Cardona cooked at a Mexican restaurant in San Antonio before moving to New Orleans in 2015. She learned the ins and outs of Mexican cuisine. A visit to New Orleans convinced her that this was the right place to open her own restaurant.

Upon moving to New Orleans, she brought on Edwin Alonzo as a partner. The result was La Mansión, a Mexican restaurant that quickly attracted customers thanks to its fresh food and house-made margaritas. That restaurant closed in early 2021.

“It was good for almost six years, but we were always looking for a better location,” Alonzo said. “The location for La Patrona is much better because we get plenty of traffic and people can see us. We get a good crowd for lunch and dinner.”

La Patrona, which opened in October 2020, serves much of the same menu as La Mansión. Alonzo said he wanted to keep the menu that people enjoyed at their former location.

“People love Veronica’s food, so we wanted to keep as much of the old menu as possible,” he said. “We did, however, want to change the name mainly because we’re in a new location.”

Opening in the middle of a pandemic didn’t give Edwin and Veronica pause; when the building on South Carrollton came up for sale, the partners jumped at the chance to be in a prime spot. The space, the former home to hot dog and pastry shp Mr. Chill’s, is in a row of businesses that includes Bangkok Thai Restaurant and Cooter Brown’s Tavern.

“We found the building and, when the owner was ready to sell, I didn’t even have to think about it,” Alonzo said. I figured the only thing we would lose is time and money. It wasn’t the best time to open a new business, but we thought it was worth a shot.”

La Patrona, like La Mansión, is known for its enchiladas, a stuffed tortilla and sauce dish that Alonza describes as one of Cardona’s specialties.

The food at La Patrona is made fresh, including sauces, chips and tortillas. In addition, margaritas are made by hand with fresh lime juice.

“We make it all fresh every day,” he noted. “I squeeze the lime juice for the Margaritas; it makes a difference, and people love it. It’s what keeps them coming back.”

Other menu items include classics such as pork fajitas, chimichanga, quesadillas, burritos and flautas. La Patrona also has a daily 5-for$10 taco special with your choice of chicken, asada, cochinita pibil, al pastor, camaron, carnitas, lengua or asada de Puerco. 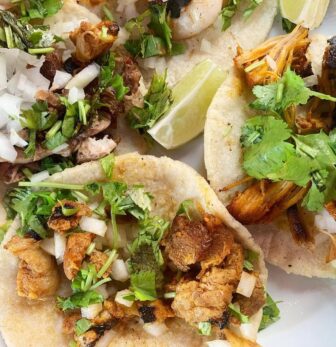