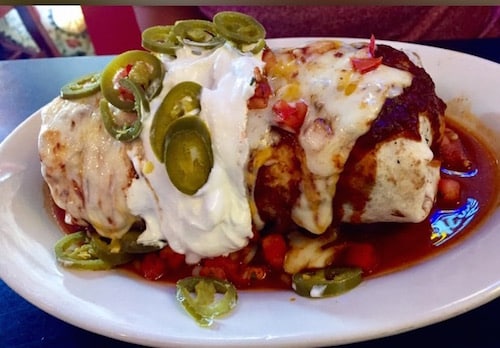 Juan’s Flying Burrito, the Mexican restaurant known for its massive burritos and “fly dranks,” is opening a new location at 8140 Oak St in August. The spot is the former home of Live Oak Café, which closed in May due to the pandemic and Hurricane Ida struggles.

Since 1997, Juan’s Flying Burrito has been a favorite casual spot known for its burritos, nachos, quesadillas, tacos and other Mexican-inspired fare served in a neighborhood-friendly atmosphere.

Another location, further Uptown at 5538 Magazine St., closed in May after five years, citing rent increases and lease changes.

According to Morris, the space on Oak Street is currently undergoing a renovation that will make its style more aligned with Juan’s atmosphere. Live Oak was a music venue as well as a café.

“The kitchen is really well built out, and it’s pretty much turn-key,” he said. “We have to do some work in the front-of-house area and build a bar, and add tables and chairs and art. We’re hoping to open in mid-August; we’re waiting on a liquor license and that can take a while.”

Morris explained that it was important to the Juan’s team to stay in that area of Uptown, and finding a suitable place became their top priority.

“We wanted to have representation in the neighborhood,” he said. “We have loyal customers who live in that neighborhood that want a Juan’s closer to home.”