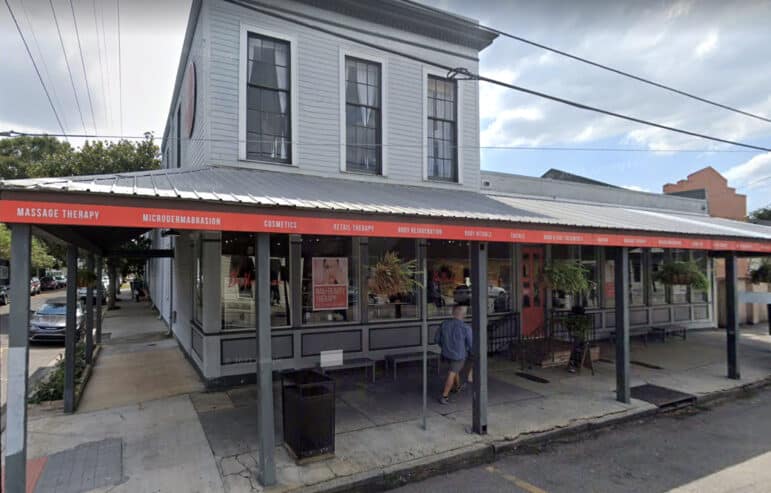 The AIDS Healthcare Foundation, or AHF, has plans to open an HIV testing center, health care center, pharmacy and Out of the Closet thrift store on Magazine Street.

The Los Angeles-based foundation has purchased the building on Magazine and Sixth streets, the former location of the Belladonna Day Spa. The health care center is tentatively set to open in August, an AHF spokesperson said.

AHF is the world’s largest provider of HIV/AIDS medical care, according to the foundation’s website, operating in 45 countries. In the U.S., its medical centers are in 17 states, including Louisiana, with a clinic in Baton Rouge.

The foundation plans to the entire space of the 19th century building at 2900 Magazine St. The first floor will be used as a thrift store and likely a donation center; the second floor will be used for testing and a medical clinic. It’s unclear which floor will house the pharmacy.

The property is in an HU-B1 Historic Urban Neighborhood Business District with three overlays. Articles 18 and 22 of the city’s Comprehensive Zoning Ordinance may be put to the test as numerous zoning issues are at play, including the lack of parking in an already crowded commercial and residential area.

A spokesperson on the AHF communications team said that they’re aware that zoning in New Orleans may be different than in other cities.

The Garden District Association could not be reached for comment, and other nearby neighborhood associations said they had no knowledge of the health care facility’s plan to occupy the former Belladonna building.

A recent real estate listing describes the property as being surrounded by local small businesses such as the exclusive children’s boutique Pippen Lane, decorator shops such as Perche and Nadeau, and upscale retailers like West Elm. Nearby businesses include French Truck Coffee, Sake Café, Craft Beer Cellar, Joey K’s, Garden District Market Place, and numerous other restaurants and antique stores.

Belladonna was one of many businesses on the prime real estate corridor to close during the early Covid-19 restrictions. After Belladonna announced its closure in June 2020, the space operated as a rented shared-space model called Magazine Wellness.

This report was updated on July 14.