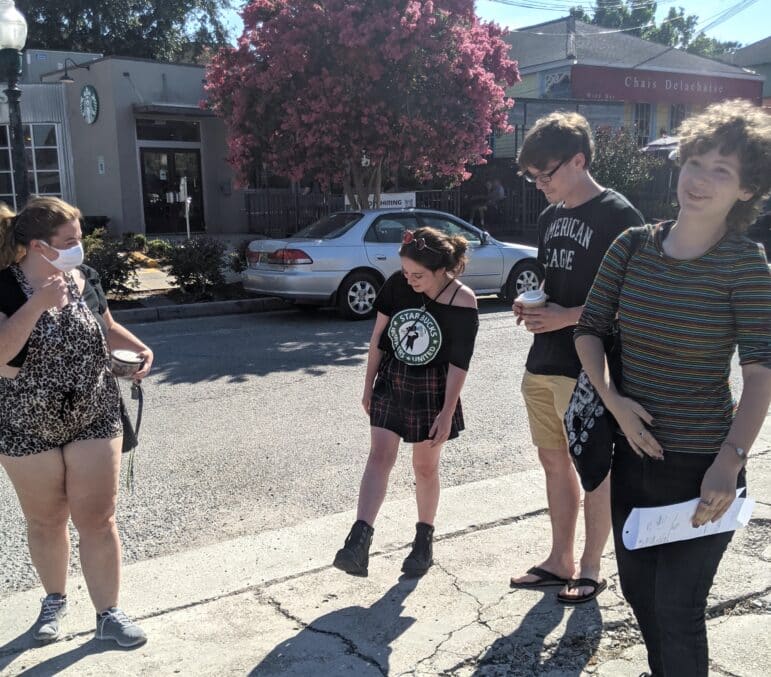 The polls closed for the Maple Street Starbucks union election at 4:30 p.m. on Saturday (June 4), and 15 minutes later, the count was announced. The workers at the 7700 Maple Street location had voted overwhelmingly to unionize.

With the final count 11-1 in favor of forming a union, this Starbucks will be the first in Louisiana to unionize. A total of 14 votes were cast, but two were contested.

The Maple Street coffeehouse joins more than 100 Starbucks stores nationwide that have unionized in the past seven months, since a Buffalo, New York, store became the first in December 2021. The Maple Street Starbucks workers will be a part of the national union known as Workers United.

Reporters, supporters and off-the-clock baristas waited for the results outside the polling place across the street from the coffeehouse, as the temperature soared over 90 degrees. After the count, lead organizer Billie Nyx, who was recently fired from a position at the cafe, emerged with a sheet of paper in one hand, and a fist raised high. 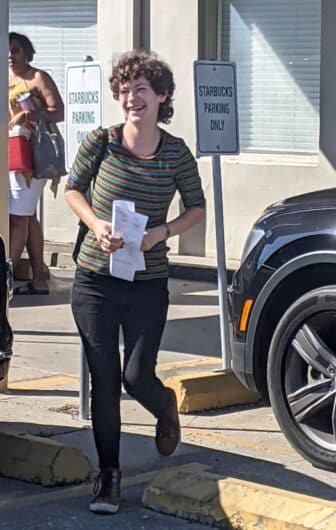 Nyx was fired last month after deciding to close the store early because it was understaffed. Starbucks disputes statements that the termination was in retaliation for union activities.

Voting took place over the course of two days, Friday and Saturday, and was overseen by the National Labor Relations Board, with three election observers: one from the union, one from Starbucks and one from the NLRB.

The next step is for the workers to decide what their priorities are for working conditions and wages. Then, with attorneys from the Starbucks Workers United’s legal team, they will write a contract that must be approved by workers and then negotiated with their employer.

Organizers said that the workers began talking about forming a union during the Carnival season, when the management reportedly cut hours. Organizing began in earnest when the Mardi Gras rush had subsided.

“I’m feeling amazing, it’s been such a hard time getting there,” Caitlyn Pierce, another Starbucks worker, told Uptown Messenger.

When asked if she was surprised with the result, Pierce responded: “I’m a little surprised, with all of the anti-union propaganda that Starbucks has been promoting, and the pushback that we’ve had from corporate. But I’m not shocked at the strength of our co-workers, that we were able to pull this off.”

Though part of a nationwide wave of unionizing among Starbucks workers, the vote is the first for Louisiana, a “right to work” state that prohibits mandated union participation.

“I wanna shout it from the rooftops … we made history today,” Nyx said.