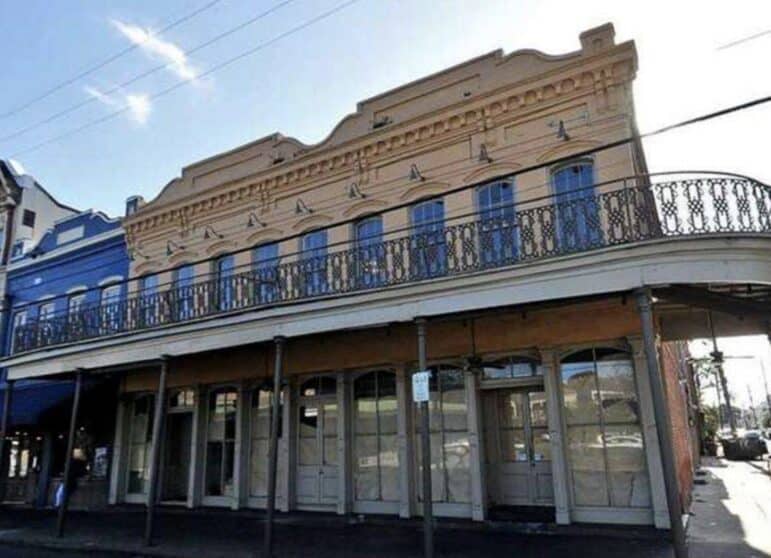 The City Planning Commission approved Creole Cuisine Restaurant Concepts‘ latest venture on Magazine Street. An Italian-themed restaurant and bar with balcony service could inhabit the former space of their short-lived Bayou Burger & Sports Co. concept on the corner of Magazine and Pleasant streets.

A zoning request by the building’s owner, T.H.P of New Orleans, and the restaurant’s owner, Creole Cuisine Restaurant Concepts, was unanimously approved by the Planning Commission, minus one absent vote. The commissioners recommended permitting a standard restaurant in the HU-B1 neighborhood business district and the Magazine Street Use Restriction Overlay District.

The proposal is now headed to the City Council for final approval.

The proposed restaurant is described as a full-service Italian restaurant with beverage service. However, a Creole Cuisine Restaurant Concepts spokesperson, Brent Ledet, had no knowledge of the prospective restaurant, its name, menu or chef.

Creole Cuisine Restaurant Concepts is a corporation that owns, buys and operates numerous local restaurants. Its holdings of more than 25 businesses include substantial properties in the French Quarter, ranging from the historic Broussard’s and acclaimed Kingfish to daiquiri shops on Bourbon and Decatur streets.

Before Creole Cuisine operated Bayou Burger in the same location, the building at 3226 Magazine St. was home to the upscale tapas restaurant Salú.

Plans for the restaurant include a footprint that exceeds 5,000 square feet. The former restaurants at the location operated under an approved nonconforming use, but that status was lost because the building has been vacant since July 2019.

The restaurant company intends to have a bar on the ground floor and operate upstairs, including opening the second-floor balcony to patrons.

The item was twice deferred before the June 14 hearing while the businesses conferred with neighborhood associations regarding the building’s nonconforming use. Immediate items of concern included an inability to meet the legal parking requirements.

Frank Tessier, representing the Garden District Association, said the organization has been in talks with the owners and hopes to sign a good-neighbor agreement.

However, the Garden District Association and some of the property’s immediate neighbors continue to express concern over lack of staff and guest parking near the restaurant.

They also have misgivings over plans to expand the previous restaurants’ footprints and place the corner balcony into commercial use. Not only would this increase the number of guests and corresponding parking congestion, but there is also fear among the residential neighbors that the balcony might become a nuisance party spot, not unlike those in the French Quarter.

Tessier pointed out that the commission’s staff report misrepresented that the balcony had previously been legally occupied.

The restaurant responded by agreeing to offer only table service on the corner building’s balcony, Tessier said. However, it was unclear whether this involves only cocktails or a combined drink and dining service.

The good-neighbor agreement was not executed at the time of the hearing. Instead, it was presented as agreed upon “in principle” by Chris Young, who is representing the building and the restaurant owner.

At the hearing, Young assured the neighborhood association and neighbors present that the parties intended to contact nearby businesses, like Walgreens and Gulf Coast Bank & Trust, to lease parking spaces for “at least the employees.”

A person at the meeting shared with the commission that Breaux Mart would not allow neighboring businesses to park in its lot. A commission member also stated that she thought that Gulf Coast Bank & Trust’s parking spaces are unavailable as they are contracted to another restaurant on the block.

In the hearing, Young said he had yet to contact nearby businesses to explore subleasing parking but was “going to try.”

The building’s tax assessment was reduced by more than $500,000 in the past two years, from $1.36 million in 2020 to $783,700 in 2022. It’s uncertain whether this is related to the lack of tenants during Covid-19, but it’s unusual on the desirable Magazine corridor, a market with dramatically rising commercial rents.