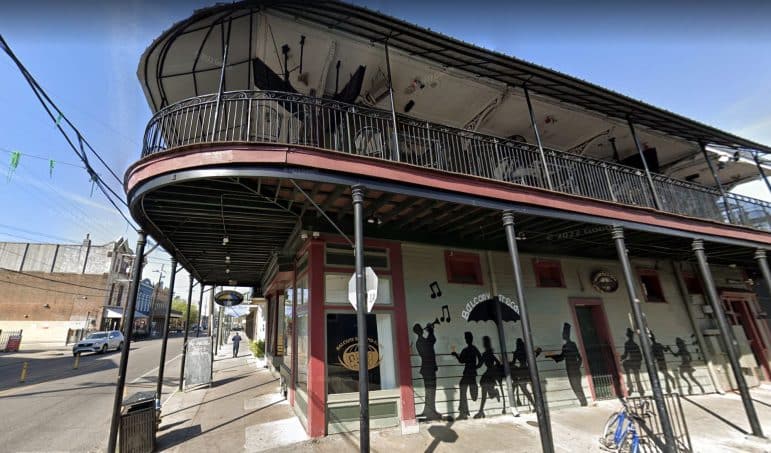 Six people were wounded late Friday (April 29) in a shootout at the Balcony Bar & Cafe on Magazine Street in the Garden District.

Four women and two men sustained gunshot wounds to the lower body, the New Orleans Police Department said. The group was leaving the bar at about 10:15 p.m. when men in a dark-colored car spotted them and opened fire.

The Emergency Medical Service took four female victims, ages 35, 34, 32 and 23, to the hospital. Two men, ages 23 and 25, arrived at an emergency room in a private vehicle, the NOPD reported.

An identified police source told NOLA.com that the target was one of the wounded men, Nairobi Davis, 23, who was a suspect in an October 2021 double homicide in the Touro-Bouligny area.

Davis had been accused in the shooting deaths of Zernell Lee, 19, and Derrick Copelin, 25, as they laid permeable pavers in the parking lot of the Shiloh Missionary Baptist Church.

Anyone with information is urged to call the NOPD Sixth District station at 504-658-6060 to speak to a detective, or Crimestoppers at 504-822-1111 to leave an anonymous tip that could be eligible for a cash reward.